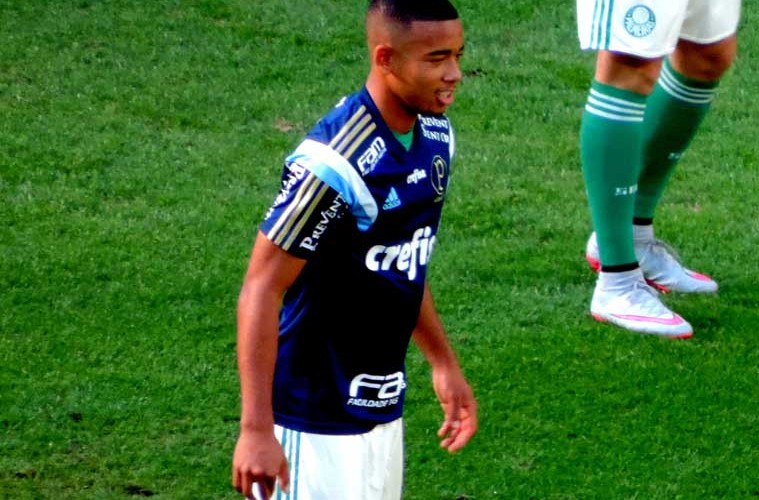 Manchester City have today confirmed the signing of 19-year-old Gabriel Jesus from Brazilian club Palmeiras. The deal is worth an initial fee of £27 million and could rise to £31 million.

The versatile forward has the capacity to play anywhere across the attacking line and was being courted by Spanish giants Barcelona before City swooped in and secured the promising youngster.

The Brazilian joins the Blues on a five-year deal but will be loaned back to Palmeiras until the end of the Brazilian league season in December.

Jesus, the club’s sixth signing of the summer, told the Manchester City website: “Manchester City is one of the best clubs in the world so I’m really pleased to sign.

“We have many great talents in the team and a fantastic manager in Pep Guardiola that I can learn so much from.”

Jesus’ breakthrough as one of South America’s brightest young stars saw him named as the ‘best newcomer’ in the 2015 Serie A Campeonato campaign.

He has netted an impressive 26 goals in 67 first-team appearances in Brazil, whilst he has already represented his national team at under-20 and under-23 level.

The Citizens’ newest recruit is also set to appear at the summer Olympics in his home nation, with City supporters now likely to keep tabs on his progress during the games.