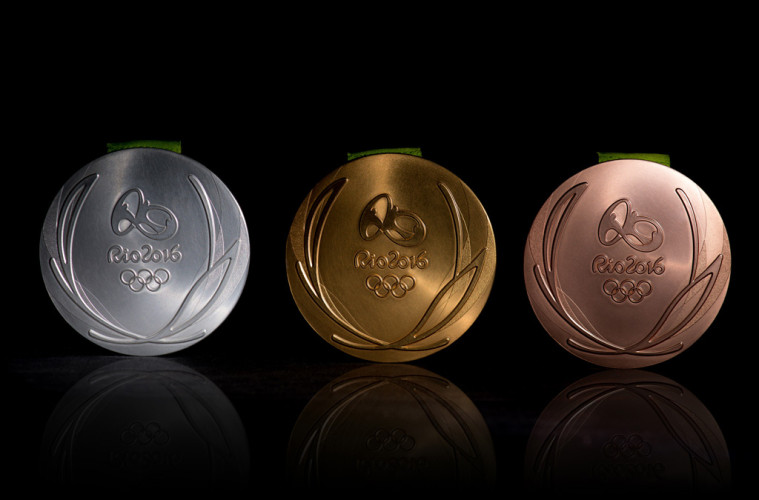 It’s over. The Rio Olympics of 2016 have come to an end. And, perhaps remarkably, it has been a great triumph for Team GB, with them winning 67 medals, surpassing the London haul and making Great Britain the first nation in history to exceed their Olympic medal tally the cycle after hosting the Games. But on a global stage too, this Olympics has been one for the history makers, despite having its problems.

The Rio Olympics started with a bang, as they all do. The opening ceremony featured clever optical illusions, more than a fair smattering of carnival and a minimalist but rather clever way of doing the Olympic Flame. But in the aftermath, Rio was anything but minimalist. Big things were to come.

On a global footing, history was there for the making and breaking in Rio de Janeiro from the beginning. Records fell, titles were defended, new stars were born. It was quite amazing to see, and purely in terms of sporting spectacle, Rio 2016 at least equalled London 2012.

Michael Phelps, that titanic swimmer from the US, won Gold early on in the 4 x 100m relay and took five titles in total in Brazil, to take his overall Olympic Gold tally to 23 medals, this time watched from the stands by his baby son Boomer. 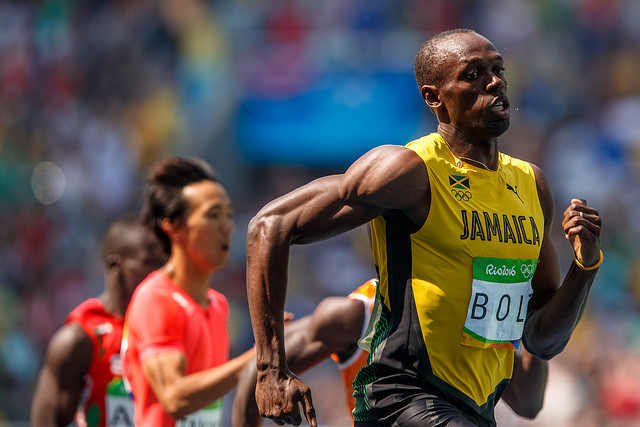 Meanwhile, Usain Bolt, the best showman in sport, was also back in action in Rio. He was looking to defend his 100m, 200m and 4x100m relay titles and become the first athlete in history to win them at three consecutive Olympics. Of course he won, but surprisingly enough for somebody who tore his hamstring in July, he made it look as though no-one else could touch him. Even Bolt on half-power has the capacity to enthral, and so he proved as he powered himself into the position of the greatest sprinter of all time. The triple-triple accomplished, it seems there is very little the Jamaican can’t do.

But back in the pool, it was Adam Peaty who started the medals off for GB. Winning the Men’s 100m breaststroke in a world record time, he set the tempo for what was to be a formidable competition for Team GB – our greatest result since 1908, and our best ever overseas Olympics. We won medals across 16 different sporting disciplines, more than any other country present at the Games.

And Britain’s sportspeople showed, unlike England’s footballers, that they can defend (as well as win outright). Andy Murray retained his Tennis Singles title with a punishing four-set victory over Juan Martin del Potro. Helen Glover and Heather Stanning retained the Coxless Pair event in thrilling style. Alistair Brownlee retained his Triathlon title, with his brother Jonathan claiming Silver to improve on his London Bronze. The Men’s Eight won that rowing event for Team GB for the fifth Games in a row. Jade Jones successfully defended her Taekwondo title. The British cycling contingent, headed up by the unassuming couple of Jason Kenny and Laura Trott, broke so many world records and retained so many Olympic titles at the Velodrome as to make you fall off your bike in surprise.

Mo Farah successfully defended his 10,000m and 5,000m titles, becoming the first athlete in 40 years to do the ‘double double’. However, he was challenged much more than in London, and so the emotion was much more evident when he crossed the line on both occasions this time around.

It is perhaps disappointing that heptathlete Jessica Ennis-Hill and long jumper Greg Rutherford, who both triumphed alongside Farah in 2012 on Super Saturday, could only attain Silver and Bronze respectively this time. However, both athletes were beaten by better competitors on the day – and you can say no fairer than that. In any case, a run of Gold (Farah’s 10,000m), Silver and Bronze in one night is by no means a bad return on 3 Golds 4 years ago, and is history in itself for Great Britain.

There was history elsewhere too, though. There was the first Olympic medal for Kosovo, in Judo, and it was Gold. South African Wayde Van Niekerk broke Michael Johnson’s world record in the Men’s 400m, which has stood since 1999. For the first time ever, a team of refugee athletes competed at the Olympics, and ten nations got their first ever Olympic Gold medals at these Games. Puerto Rico got their first Gold courtesy of tennis player Monica Puig’s win over Angelique Kerber. Fiji were elated to win their first Olympic Gold with their triumph in the Rugby Sevens. Singaporean swimmer Joseph Schooling, meanwhile, beat Michaels Phelps to the 100m butterfly title in Rio, winning his nation’s first Olympic medal and breaking the Olympic record in the process. If ever there was a world sporting competition for breaking records and making history, this was it. You really couldn’t write Rio 2016.

Team GB played their part in some firsts too, though. On the reintroduction of golf to the Olympics, Justin Rose won Gold. GB won their first ever Olympic individual medals (golds, no less) in Gymnastics thanks to the extraordinary strength of Max Whitlock, and the British Women’s Hockey team won Gold for the first time ever. Goalkeeper Maddie Hinch, take a bow here.

In sharp contrast to the heightened emotions and the pride of London four years ago, everything felt looser, more relaxed, more free. The expectation was gone – and with it, the medals appeared to flow even more freely for GB. In spite of the threat of a lull post-London, Team GB have done better than we ever hoped they would. The unexpected medals felt all the more emotionally powerful, with veteran Nick Skelton’s win in the showjumping being a real highlight. It truly was a carnival of emotions.

And, rather aptly for this city, it was the moments of craziness, the events that defied logic, which were the most indelible of all. One such happening was tennis player Juan Martin del Potro’s run to the Olympic final, defeating Novak Djokovic in the first round on the way. Such a dramatic resurgence, after some injury-plagued years for the big-serving Argentinian, was extremely heartening. His brand of powerful, never-say-die tennis was great to watch, and on this form he could yet win big again following his 2009 US Open triumph.

Perhaps, though, the most emotional moments of all have come from very surprising sources. The sight of 2 Brazilian gymnasts getting onto the podium alongside Max Whitlock, one of whom had never won a medal in his 2 previous Olympics, was nigh-on a tearjerker. For Tom Daley in London, a Bronze was celebrated like a Gold. For Diego Hypolito here, Silver seemed like the sweetest of victories, and the home crowd roared their affection. 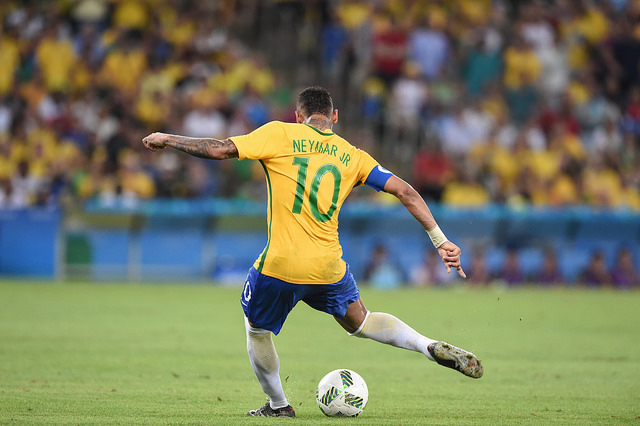 There was a time of catharsis for the hosts, too, with the exorcising of the demons of their own World Cup 2 years ago. Thanks to talisman Neymar, Brazil’s male footballers beat Germany 5-4 on penalties in the gold medal match, balancing the books after Germany’s 7-1 rout of their team in 2014’s semi-finals. Unsurprisingly, the Maracana stadium went wild in response. The hosts also have further reason to be cheerful, with their best medal haul in Olympic history – 18 medals, 7 golds, 6 silvers and 6 bronzes.

But there have of course been moments of heartbreak too – it wouldn’t be sport without them. GB’s Adam Gemili missed out on a bronze medal by three thousandths of a second in the Men’s 200m, whilst swimming team stalwart Fran Halsall missed out on bronze in the Women’s 50m freestyle by a similarly slight margin, so her wait for an Olympic medal continues. Perhaps the most difficult moment to take, though, was the end of the Men’s 80kg Taekwondo final. Briton Lutalo Muhammad was leading for the majority of the match, before a headshot in the very last second robbed him of gold. His tearful but brave interview afterwards was one of the most heart-rending moments of the Games.

There was fear at times in these Games too, though. Dutch cyclist Annemiek van Vleuten had a frightening crash in the Women’s cycling road race, on a course which caused trouble for both the men and women, and which had experts bemused as to how it had been declared safe. Thankfully the Dutchwoman was not injured, but it was an all-too shocking reminder of the dangers of competition, and it put sport and all other things into perspective for a brief moment.

Some perspective on events is sometimes needed, though. These Olympics have been far from perfect in many respects. The stadiums in Rio, aside from football, never approached being sold out. The attendance was very poor, notably for the athletics, bordering on disgracefully low at times. Other issues have also reared their heads, an inexplicably green diving pool and barely-finished-looking venues among them. But, thankfully, the sport has made up for all of these, and then some. It has been spectacular, and has proven that only on the Olympic stage can we get such awe-inspiring, majestic sporting moments. 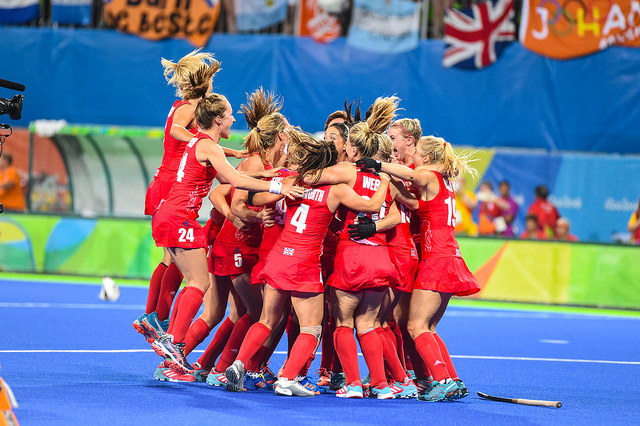 So now we’ve had the closing ceremony. The athletes have returned home. You might think that life will start returning to normal. Not so. Yes, the Olympics may be over, but the city which sprawls out underneath the statue of Christ the Redeemer is still a place we should keep an eye on. The Paralympics start on 7th September, and in spite of funding cuts could still provide as many magic moments as these Games.

Rio’s sporting story is not finished yet.

The Rio Chronicles will conclude with Part 2 – The Paralympics.