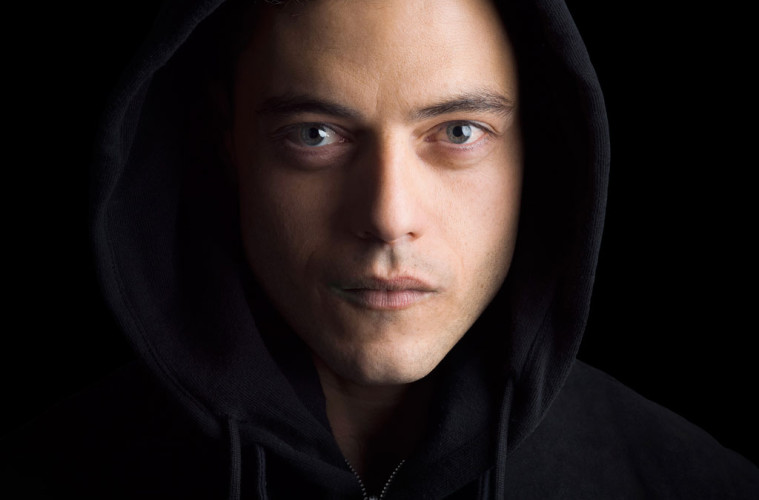 Please be aware that this article contains spoilers for Mr Robot up to and including season 2 episode 5, ‘eps2.5_h4ndshake.sme’.

Episode 5 of season 2 of Mr Robot had me hooked and, whilst Elliott may appear to be overcoming his drug problems, I am certainly becoming more and more addicted to this show.

The latest episode was full of shock, surprise and suspense, like so many episodes before it, and its grand revelation was intriguing.

Towards the end of the episode, we learned that Elliot has spent the entirety of season 2 thus far in prison, residing in a cell block. When it was revealed, I was left feeling almost stupid at not having figured it out sooner, although I couldn’t help but appreciate the sheer cleverness of the plot.

Sam Esmail, the lead writer of the hit US-drama, is utterly brilliant. Chess games have been a recurring theme throughout the current season of Mr Robot; Esmail then is certainly a chess expert.

Whilst I may not have noticed the somewhat obvious signs that Elliot had in fact constructed the alternative scenario of staying at his mother’s house in his mind to obfuscate the reality that he was in prison, many people did on the internet.

Yet nobody expected Elliot’s newfound friend Leon to actually be a secret affiliate of Whiterose, which was revealed at the climax of the episode when he murdered several other prisoners in order to protect Elliot.

Writer Esmail is the chess expert because, while the viewer may think they can see a move or two ahead on the chess board, Esmail can see much further ahead. He concedes a few of his pieces to lure the audience into the thinking they know what is happening, opening up their defences, before suddenly initiating a sudden move which catches them off guard.

“If you see a good move, look for a better one” is a quote by German chess player and philosopher Emanuel Lasker which Elliot recites during the episode. Esmail is the champion at finding the best moves in terms of the show’s direction.

Watching the episodes back, Esmail did provide some pretty obvious pointers to Elliot’s fabricated version reality; the cast were all male and the set featured sliding doors, bars on the windows and even a red siren light in his psychiatrist’s ‘office’, to mention but a few.

Even Elliot’s ‘perfectly constructed loop’ routine was in line with a prison schedule. He continuously watched basketball games which are commonplace in prison courtyards, despite actively declaring his dislike of sports, and ate at the same ‘diner’ every single day.

He would eat every day with Leon and this seemed to match the prison theory, so nobody questioned it. Yet it would have made perfect sense to do so.

In hindsight, I do think that I should have been asking myself questions such as ‘Why was Leon happy to be around Elliot all the time?’ and ‘Why did Leon want to be friends with Elliot?’

All viewers of Mr Robot are quite aware that Elliot isn’t exactly the most sociable of characters.

There are only a handful of television programmes that I love and would genuinely recommend to anyone I know. Each one for different reasons. The reason why I love Mr Robot was borne out in the latest episode.

It is because I focus all of my mind on the show whenever I am watching it, my creative juices in full flow and my mind stimulated to the max. And yet still, Esmail and co. manage to write up and direct absolutely insane plot twists and execute them perfectly, even when he provides all the clues for us.

One pivotal moment from earlier in the season was the quote from Mr Robot that “control is an illusion”, a message reiterated and reinforced on several occasions through various means.

So when Elliot wrote in his journal ‘I’m in control’, it should have been sending alarm bells ringing in my mind. But, once again, it didn’t. At least not immediately. I am much akin to Elliot, at least when I am watching television shows; I am more of a passive observer, in contrast to Mr Robot’s more ruthless pragmatism.

Elliot finally admitted that he needed to keep his alter-ego, fictitious remnants of the memory of his father, Mr Robot, alive in order to ensure his own personal survival.

It will certainly be interesting to see what Elliot will do when he is released from prison now that he has seemingly accepted Mr Robot as a part of his personality.

And we still need to know what happened to Tyrell!