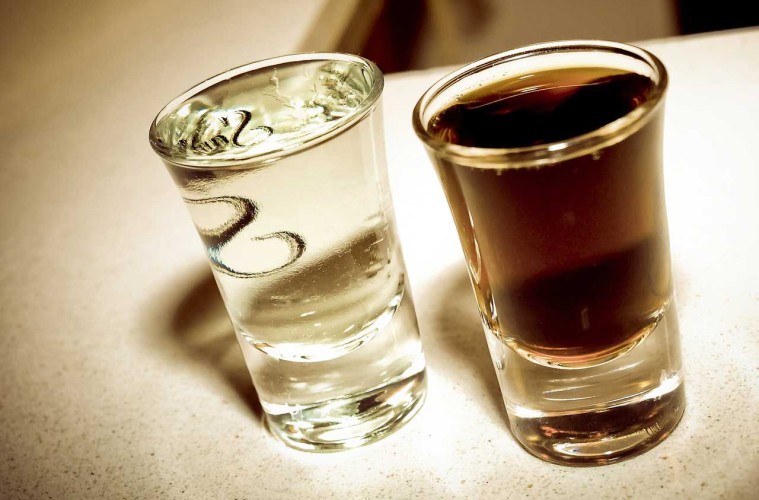 We all know that the majority of uni is spent partying so if you’re getting bored of beer pong, here’s some other drinking games that you could try that you may not have thought of.

A similar game to beer pong, get hockey table (or make one) and cut 6 cup sized holes each end of the table, put 6 cups of drink in the spaces and play hockey! Drink each time the other player scores.

Drink While You Think

All you have to do is name a celebrity, but their name must begin with the first letter of the previously named celebs last name. As the title says, you must drink the whole time that you are thinking of your answer.

Before starting the game write a bunch of different tasks/dares on each block, when you successfully remove the one, you must do as it says and if you knock the whole tower down – chug!

To put it simply, this game is just battleships but with shots instead of ships. You’ll have to make your own board because a real battleships board is waaaay too small. It’s worth the effort!

I Went To The Shop To Buy

I’m sure most of you will remember this game from when you were a kid, at least I hope so. The first person starts by saying “I went to the shop to buy (an item of their choice)” and then the next person repeats that and adds an item on the end and as you go round you continue to expand the list of things that you’re buying, but to make it more fun, you’re not allowed to show your teeth, if you show your teeth – drink, if you mess it up – down it.