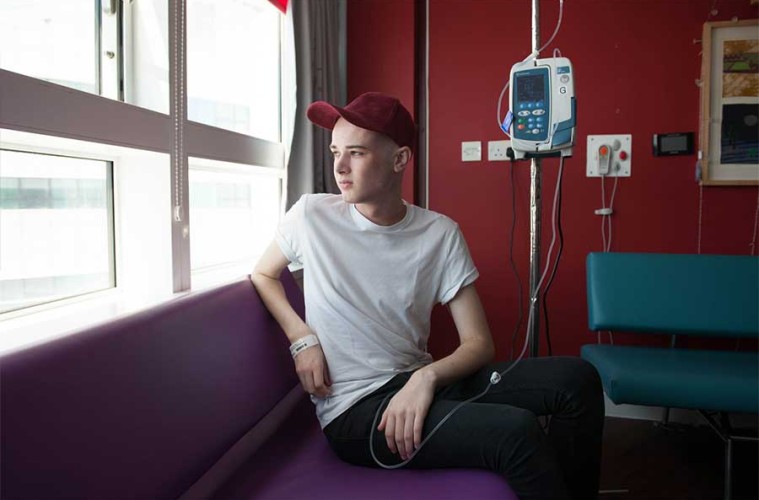 On the 21st May, my life as I knew it, changed forever. An overwhelming swamp of “no, surely this can’t actually be happening to me” and teary phone calls to my parents launched me onto a road of tests, scans and anxieties before June 13th. On June 13th, I was diagnosed with Ewing’s Sarcoma; a rare and aggressive soft tissue cancer growing off the ninth rib on the right hand side of my chest.

Turning back time a little bit, my January self was a typical student type. Usually covered in glitter on nights out or revelling in student bars, my housemates and I decided to host a house party to christen making it through the first term. The morning after the party, I felt excruciating pain in my right hand side. I took a couple of paracetamol and shrugged it off as a drunken bump that must have happened the night before. The pain lasted and lingered, coming back in waves that, again, I just shrugged off. But when I noticed a prominent protrusion of a rib in May, I knew something was clearly not too right. This brings us back to May 21st, when I ordered myself an Uber and took myself to A&E on my own, not thinking too much of anything and expecting to be told I just have a broken rib. Wrong. I was told it was a tumour, about 10cm x 8cm there and then by an uncomfortable looking nurse practitioner. He told me what it could be and what I could become, with my eyes unable to leave the bottom of the glass of water he offered me. The gap between discovery and diagnosis has since become an uncomfortable blur.

Within the space of a day, “Ewing’s Sarcoma” had gone from a pair of words I had never heard of to a diagnosis catapulted into my vocabulary, repeating itself over and over in my head. Being told you have cancer is the cliche you imagine it to be: awkward waiting rooms, upset parents, gory details of surgery and uncomfortable looking oncologists. I found myself trawling blogs, googling things I really shouldn’t have, talking to my medic friends. Anything to know more, whether I wanted to read what lurked on the latter side of these ominous links or not, I needed to know.

Cut to now and I’ve just finished my third round of fourteen of chemotherapy. A combination of four drugs (VIDE) are pumped into my chest through a port-a-cath over the duration of 81 hours every three weeks. I’m being treated on the Young Person’s Unit at Birmingham’s QEHB, with a team of phenomenal oncologists, nurses and charity workers. Being attached to a machine, having tubes inside of you and seemingly insuperable side effects turns you into someone you sometimes struggle to recognise, but grapes, copious daytime TV (which sometimes seems just as painful as the side effects) and a strong care network, both socially and medically make you realise this is all worth it. When I wake up, I get excited for the day I can be in back to back meetings all day again and stress over trivial matters again. It sounds as lame as it probably is, but a new found thirst for life injects an appreciation for everything.

Counting blessings, not flaws, is something I find myself doing in the early hours on the ward that transcends into every hour in the three week cycles. Being a journalist allows me to mainly keep doing what I love from the comfort of my bed. Having a family network, an amazing boyfriend and to have access to treatment in a country where I don’t need to worry about funding it puts things into perspective.

Cancer has robbed me of myself, but not forever. Being down doesn’t mean I’m out. This is a temporary curve ball that, because of the amount of incredible research and charity work this country does, I will overcome.