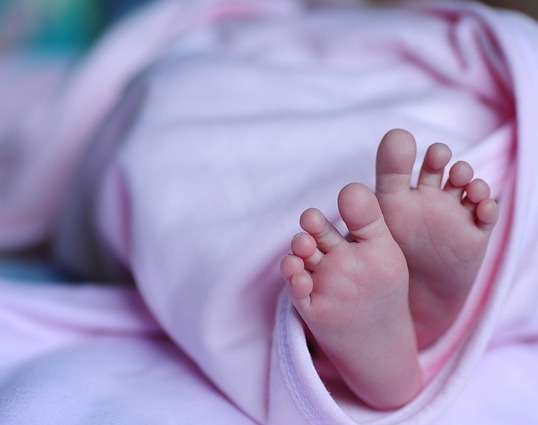 Many people will have had a Bridget Jones moment. You know, when you end up sitting at home on a Friday night, all alone, bucket-sized glass of wine in-hand and singing/sobbing along to “All By Myself”. Since her big-screen debut back in 2001, Miss Jones has become something of a cultural icon – symbolising the ultimate thirty-something, middle-class woman with a disastrous love-life and a keen appreciation for alcohol.

The success of the character – and the chord it struck with millions – is largely down to Renée Zellweger, whose easy on-screen charm and warmth endeared Bridget to audiences the world over. Perhaps the ultimate testament to her performance is the fact the hostility which greeted news of an American being cast as the British Bridget was soon forgotten. After the success of Bridget Jones’s Diary, a second film followed and now, a third has just hit cinemas. And what fun it is!

As with any comedy, Bridget Jones’s Baby would live or die by its script. After the tonally-misjudged Bridget Jones: The Edge of Reason (which, bizarrely, saw action zip across to a Thai prison), the humour in the latest film is, thankfully, consistently funny, and some of the jokes are laugh-out-loud hysterical. We join Bridget spending the evening of her forty-third birthday alone in her flat with her love life in tatters after breaking up with the love of her life, Mark Darcy (Colin Firth). Her career as a cable news producer, on the other hand, is going great-guns and, keen to reinvigorate Bridget’s personal life, one of her colleagues invites her to a music festival for a bit of glamping.

A key component of this trip is, of course, getting Bridget to interact with members of the opposite sex – quite a feat when she ends up falling face-first into the festival mud. A knight in shining armour in the form of billionaire Jack Qwant (played by Patrick Dempsey) is on hand, however, to pluck Bridget from her floundering, and the pair end up sharing his yurt in a night of passion. A few weeks later, Bridget ends up falling into bed with her old flame, the emotionally reserved Mr Darcy and, as the film’s title would suggest, becomes pregnant. The only thing is, she doesn’t know if the child’s father is old-flame Darcy or newer-flame Qwant.

Much of the comedy stems from her concealing this fact, confessing to it and dealing with the subsequent fall-out. The screenplay was originally written by creator Helen Fielding and Dan Mazer, and national treasure Emma Thompson was then brought in to help with a re-write. The result (for the most part) is lean and witty, only faltering in the third act when exploring Qwant and Darcy’s fractious relationship. Old characters make a welcome return, including Bridget’s parents played by Jim Broadbent and Gemma Jones. Her mother, this time, is running for “high office” in the local parish council and, on Bridget’s advice, updates her political campaign to better reflect modern Britain and represent “the majority of homosexuals”.

Renée Zellweger must take much of the credit for the film’s success, anchoring the rather contrived plot with a credibility and geniality which is very engaging. Sharon Maguire (who directed the first film) returns to direct again, and her skill is evident throughout. Emma Thompson has given herself a part as Bridget’s no-nonsense gynecologist and creates many laughs, especially when warning Qwant and Darcy that witnessing Bridget in labour might not be a wise idea: “my ex-husband said it was like watching his favourite pub burn down”. This being a Bridget Jones film, there’s a lot of sexual humour and swearing, but it always stays on the right side of the line and seeing Bridget in her work environment, complete with hipster boss, also creates plenty of new laughs.

With old and new characters alike, the supporting cast bounces off one another and Zellweger, Firth and Dempsey do well to handle the humour, with moments of slapstick comedy which culminate in an in-labour Bridget being man-handled through a revolving door. All the rom-com requirements are hit and never feel laboured (if you’ll pardon the pun).

Bridget Jones’s Baby ditches the high jinks of the previous film and is a warm return to the characters and humour which fans will love. As the voice of Ellie Goulding rings across the closing credits, you’re left with a sense of immense satisfaction. Satisfied that Bridget might have everything worked out; satisfied that the comedy was very funny; and satisfied that no matter the current state of your love life, if Bridget can make it, so can you.