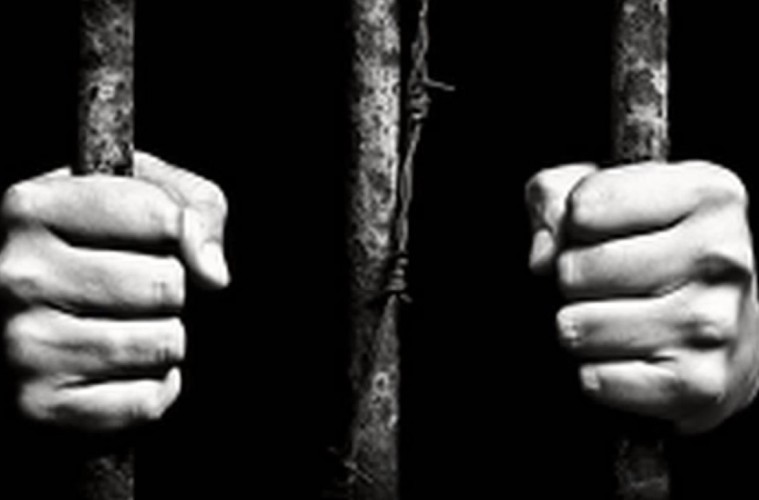 Nick Yarris: American writer who spent 21 years on death row for a murder he didn’t commit.

Was there a book that inspired you in prison?

The Prophet by Kahil Gibran.  The main character, Almustafa, lives in a walled community for 12 years.  On the day of his leaving, everyone in the community comes out and asks him to speak to them about life, love, or the things he’s learned.  I love that character, and more importantly, I love the story of Kahil Gibran.  As a Lebanese American immigrant, he lost his whole family while trying to hold down the family fort in the 1920s.  Two years ago it was made into a film by Salma Hayek.  It’s still not widely known, but it’s such a beautiful piece of work.

I would definitely want to read it.  Can I ask why you moved to England?

I was helping my friends on death row, who I promised I would come back for.  People don’t know this, but when I stepped out of prison I didn’t cry about myself.  I told myself that I had some innocent friends in there, and that I needed to fight for them.  So, I spoke to the UK’s parliament in a joint session of the lower house in November 2004.  I asked them to stop doing trade with Pennsylvania, who had the death penalty.  I decided to use my education.  It was not based on morality, or on a personal thing that happened to me.

I read about gun crime in America being a reason for your move as well.

I didn’t use to think about it, but after being back over there I especially don’t like the thought of it.  Imagine that everything you know in life is connected to your worst memory.  Then, you’re dropped on another part of the planet, and everything is completely different.

Yet, there are so many similarities between the English and American usage of names and where they’re located – like Boston being on the East coast of England, and also on the east coast of America.  That’s a simple one to explain, but in my personal life, so many little nuances came to life like that.  Also, I loved the fact that I could be anyone when I’m so far from home.

So you wanted to start fresh?

Everybody in the old area knew who I was; nobody in the new area had a clue.  I re-wrote who I was at the age of 42.  I walked out the door, and decided that I had a secret.  Unlike Edmond Dantès, who had a treasure map, my treasure map was what I created in my mind, through experience.  It was up to me to have the savvy to get separation from the personal struggles of day to day life, in order to be able to enjoy it.  When you’re the smartest person in the room sometimes, it’s hard to get any feedback.  My family asked me why I no longer speak like them; it’s because I changed everything about myself.

That’s incredible.  How about any jobs?

I have no job at the moment, but I just finished a brand new book called Monsters and Madmen, and I have a stage play in development, as well as a TV show called Dead Men Talking.  We also have a major motion picture, for which we’re trying to get someone like Ryan Gosling or Neil Patrick Harris to play the lead.

Is this film going to be based on your experiences?

The television show is fictionalised, and starts with my execution.  It takes a lot of guts to do this, as I will only physically be in one episode.  The movie, however, will be based on my life story – encompassing my childhood and everything afterwards.  It’s a great opportunity.

You came close to death so many times, and at one point you even asked to be executed.  How do those experiences change your perspective on life?

What it teaches you is that you’re not in control.  Your life has already been determined.  I have been shot, stabbed, strangled, ran over by a car, I’ve had two drug overdoses, hung myself in prison, survived a riot, and lived around mad men for 23 years – and that’s just on the inside.  I recognise that through all of my pitfalls, I’m not meant to go yet.

And how does this affect your outlook?

This is how I’ve trained myself: I have one chance today – every day – to do everything as perfectly as possible.  I became great at self coaching.  Inside of a cell, I became the only person who I could communicate with.  This skill has developed greatly over time.  Now, there isn’t a day where you’ll see me walking out the door with a broken heart, or in a state of anger – where people have to be on eggshells around me – that’s not my right. Anger is a luxury of the stupid and the ignorant.

Have you been able to forgive the people who kept you inside for so long?

Why is it so important for me to forgive them?  Why is my ego that important?  Unfortunately, a lot of society operates on this ‘condition’, of “in order for me to get past what you did to me, I somehow have to find this miraculous level of myself to forgive you”.  You know what that is?  It’s a measure of your ego.  The thing that got me through being tormented for 8,057 days was that it wasn’t personal.  Yes, it happened directly to me, but it was not personal.  I think the problem with people, in terms of forgiveness, is that it is so attached to being so personal.  Our ego won’t let go of it.  You could reach across this table right now and slap me, and I’d be upset – I would go through the same feelings that we’re all conditioned to feel – but at the end of the day, you’re not going to be here in my life tomorrow.  So why would I then let that festering feeling of my ego destroy me over what you did?  I can’t do that to myself.  Anybody who says “I have no ego” is lying.  What they could say, is that they have a muted ego, a conditioned ego, or that their ego is simply a beast which they battle.  Show me an angry person; I’ll show you a big ego.

That reminds me of monks, who spend so long meditating, that they say they have no ego.

But they have isolated themselves from the outside world in order to make themselves noteworthy, so in that way, they do have an ego.  We’re all human beings, and our feelings are biological gifts.  Enjoy them because they’re real!  People shouldn’t suppress them.

Those are some fascinating ideas.

You’re very welcome.  Gems, know what I learned recently? The more I put my confidence out there, the more I am taking myself seriously and getting shit done.

I know you will do your best, and I am so proud of you already for reaching out to me and using your brain to write… I love writers; we are the most important art form of all.

Thank you so much, any life lessons?

I have 3 secrets that make me truly strong:

1) I am stronger than life and kinder than love

3) I trained my brain like an athlete to be super positive – so any shit life handed you is not something to have a scar from, it is in fact what makes you beautiful and alive… I only became beautiful because of torture…

Thanks for Speaking with me Nick!