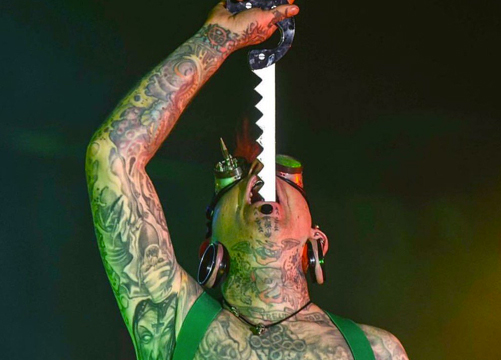 The Circus of Horrors

Celebrating their 21st Anniversary, The Circus of Horrors is embarking on The Never-Ending Nightmare tour, which features a range of circus acts in the theme of Alice in Horrorland.

The UK tour commences this month, and will run all the way through to March 2017 – so you’ll have plenty of time to catch them.  In the past, the group have performed all around the world, including shows in Japan, Germany, Chile, Uruguay, Holland, Belgium, Argentina, France, Italy, Finland, Hong Kong and Moscow; making them the first UK circus to perform in Russia.

The Circus of Horrors was the only circus to reach the semi finals of Britain’s Got Talent, as well as the first circus to perform in London’s West End for over 100 years.

The show includes adult language and some nudity – so it is not suitable for kids, the faint hearted, or those who are easily offended.

Enter our competition to win one of 20 pairs of tickets here.  Also check out our 2 for 1 tickets for students deal here.