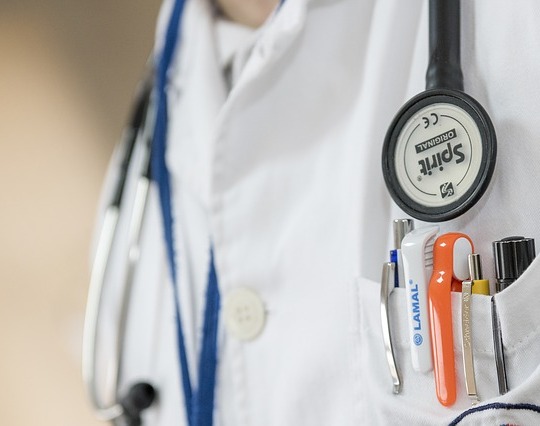 Let’s Talk About Sex: A Guide to STIs

Our uni days are a time for learning, socialising, and sexual exploration. Unfortunately when it comes to the latter, safety is not always a number one priority. Before you know it, a fun one night stand can lead to an STI which might give you some unpleasant symptoms down there…

Here is the lowdown of what you need to know from the sexperts at The GUM Clinic:

How STIs are Transmitted

Sexually transmitted infections can be spread in a number of ways. Certain infections are present in semen and vaginal fluid. Others are contracted during skin-to-skin contact, or through open sores or wounds.

If you want to stay safe during sex, follow these hard-and-fast rules:

The Three Most Common STIs in the UK

The three most common STI diagnoses in the UK in 2015 were:

Chlamydia is a very common STI that can be easily treated with a short course of antibiotics. However, when left untreated it can lead to serious complications, particularly in women. Chlamydia is often symptomless, but commonly causes pain when urinating, and unusual discharge from the penis or vagina. Women may experience some irregular bleeding or pain in the pelvic region, and men may have pain or swelling in the testicles.

Genital warts are fleshy growths caused by the human papillomavirus that develop around the genital area. Typically these growths are painless, however they can sometimes crack and bleed, leading to discomfort. The warts can be removed by a doctor, or through the use of a topical cream on prescription, but may return at a later point. The good news is that they do not pose a serious threat to your health or fertility.

Non-specific genital infections (NSGI) are STIs that do not fall into the other categories. A common example is non-gonococcal urethritis, which is an inflammation of the urethra not caused by the gonorrhoea bacteria. Urethritis can be caused by several different types of sexually transmitted bacteria including Ureaplasma Urealyticum and Mycoplasma Genitalium, and is usually treated with antibiotics.

Compared to 2014, there was a decrease in the overall number of STI diagnoses in 2015, with cases of chlamydia, genital warts and non-specific genital infections all lowering. Unfortunately, not all STIs had a bad year…

Gonorrhoea is a bacterial infection similar to chlamydia that can be treated with antibiotics. Gonorrhoea can be symptomless but in most people causes an unusual discharge from the penis or vagina that is thin or watery, or green or yellow in colour. Other symptoms include a burning sensation when urinating, and for women, pain in the abdomen and irregular bleeding. Men may also find that their foreskin becomes inflamed.

Syphilis is a bacterial infection that can be effectively treated with antibiotics if caught early enough. However, if it is allowed to advance untreated it can cause life-threatening complications. Initial symptoms include a small, painless sore on the genitals. Secondary symptoms develop a few weeks after the primary symptoms have passed and include a rash, skin growths and flu-like symptoms. After this, syphilis can remains dormant in the body for years without causing any symptoms. However if left untreated, can go on to damage the brain, eyes, heart, liver and joints.

Two other sexually transmitted infections to be aware of are genital herpes and HIV.

Genital herpes is caused by a virus that makes sore, red blisters develop around the genital area. Herpes cannot be cured and may return for recurrent episodes. However, during an outbreak, antiviral tablets and topical creams can be used to ease the pain and discomfort. Over time the symptoms should become less severe with each outbreak.

If you are engaging in unprotected sex with multiple partners, or anyone who may be at risk of STIs, then it’s important to get regular tests. For more information, click here to visit The GUM Clinic.com

Remember Sometimes STIs don’t have any symptoms at all so people can be infected and not know!