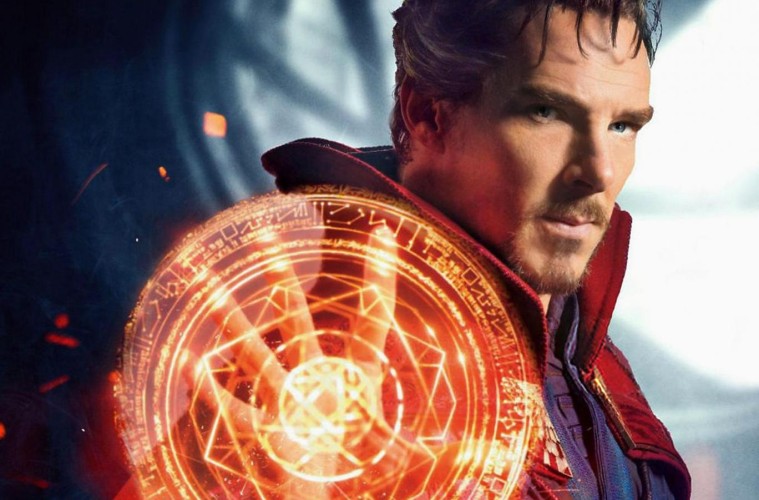 In a magical detour for the Marvel Cinematic Universe (yes, that is a thing), we encounter mystic forces and eye-popping special effects in Doctor Strange – the fourteenth Marvel film to hit multiplexes, and the first to star Benedict Cumberbatch. Alongside an impressive cast, Cumberbatch throws himself into the superhero role with his usual theatrical gravity and glint in the eye.

To those of us who may not be die-hard Marvel comic book fans, the character of Dr Stephen Strange might not be as familiar as, say, Spiderman or the Hulk. Doctor Strange is a world-renowned neurosurgeon, with skill and arrogance in equal measure. He is condescending to colleagues and conceited in his opinion of his abilities. After a car accident leaves him with damaged hands, he despairs at losing his career and turns to anything which might help him to recover. Finding a spiritual healer in Nepal named the Ancient One (played by Tilda Swinton), Doctor Strange embarks on a path to magical enlightenment and discovers that there is far more to the universe than our own dimension.

Doctor Strange succeeds largely because of Benedict Cumberbatch, whose performance is so assured that it seems as if he has been playing superhero roles for years. The fact is – he hasn’t, and it’s his willingness to engage with the character on a serious level, whilst retaining a sense of fun and adventure, which makes him very watchable in the role. More generally, the film is happy to make jokes about anything from Beyoncé to Wi-Fi passwords and falling broom handles scaring Rachel McAdams, who plays Strange’s on-off girlfriend. Combined with the superhero action, this humour works well.

Tilda Swinton is great as Doctor Strange’s magical teacher, as is Chiwetel Ejiofor playing Karl Mordo, another student of the Ancient One who initially introduces Strange to the possibilities of space-time travel. Swinton’s enigmatic performance, converting Strange from a surgeon with an unshakeable belief in science to a dimension-hopping super magician, is fused with intrigue and mysticism which play a central role in the screenplay. This is a film inhabited by complex notions of multiverses, mystic arts and astral planes, with plenty of time travel thrown in for good measure. With such subject matter, the special effects are naturally imaginative and mind-bending, reminiscent of Inception when cities such as New York fold in on themselves in a confusing, but impressive, spectacle.

The psychedelic vision of director Scott Derrickson works nicely to open up the thematic preoccupations of the film, even if the space-time bending has the potential to give you a headache! Imagine looking through one of those kaleidoscope tubes with coloured beads in you had as a kid, but whilst you’re drunk. The final show-down between Doctor Strange and Dormammu, the evil entity of the Dark Dimension, uses time-looping trickery seen in the likes of Edge of Tomorrow and is an exciting climax to the action on the streets of Hong Kong.

In terms of the film’s villain, Mads Mikkelsen puts in a suitably-menacing performance as Kaecilius (with startling levels of eye make-up), a former pupil of the Ancient One who has gone to the dark side to help evil forces engulf the world. In some well-choreographed fight sequences, Mikkelsen and Cumberbatch zip through portals to different lands: action which, despite some uneven sections, helps the film glide through its nearly two hour running time.

Doctor Strange may be slightly different in tone from the other cinematic offerings from Marvel, but it is no less engaging or entertaining. Cumberbatch proves to be a versatile actor, taking on the title role with an endearing sense of exuberance which carries some of the more outlandish superhero accessories such as the Cloak of Levitation. A competent script, a talented cast, innovative visuals, and a keen sense of fun all add up to create an amusing and dynamic film.