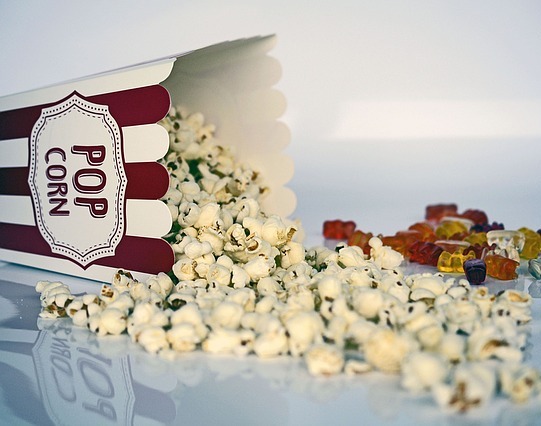 The news last week that the History of Art A-level is due to be scrapped angered teachers and students alike. AQA, the last exam board to offer the subject, argued that the number of students taking the subject, and a lack of suitably-qualified examiners, had given it no option but to stop the course. At least, that was the official reason. A more probable motive for the axing may be that AQA saw Inferno – a film so ridiculous and mind-numbing in its take on art history, that they decided it would be best for everyone if students just forgot about the great Renaissance figures of the past.

It has been 10 years (yes, 10!) since symbologist Professor Robert Langdon (Tom Hanks) made his Hollywood debut in The Da Vinci Code, a film based on the best-selling book by Dan Brown. Three years later, he returned to save the Vatican from destruction in Angels & Demons and, in the process, gave critics much to complain about. Now, he’s back, this time battling to track down a virus which threatens to kill half of the world’s population.

This apocalyptic weapon has been created and hidden by Bertrand Zobrist (Ben Foster), a billionaire who is concerned that the overpopulation of the Earth will destroy humanity. For reasons which are never fully-explained, instead of just releasing the virus, Zobrist leaves a series of clues to its location hidden in Renaissance art work, and then kills himself by jumping off a tower in Florence.

Professor Langdon, meanwhile, has awoken in a Florence hospital with a head wound which has left him with concussion and amnesia. In a very exposition-heavy set-up, his emergency physician Dr Sienna Brooks (played by Felicity Jones) explains how he came to be there but elucidations are cut short when an assassin (Ana Ularu) finds Langdon and tries to kill him. The Prof manages to escape with Dr Brooks’ help, and the pair discover a “Faraday pointer” (a posh torch) which reveals an image of Botticelli’s Map of Hell – an artwork inspired by Dante’s Inferno. They realise that a trail has been laid in the image, one which they must follow to prevent the release of Zobrist’s virus.

And so ensues two hours of running, explaining, shooting, more running, even more explaining and a bit more running. Aside from the absurdity of the plot, the central problem with translating Dan Brown’s particular style of prose to the screen has always been the clunky exposition and apparent need from characters to constantly explain what they are doing.

The screenplay for Inferno (again written by David Koepp, perhaps most famous for his Jurassic Park script) is no different. It often treats its audience as a dumb and unsophisticated mass, clarifying points which need no clarification, explaining things which even the simplest of cinema-goers could appreciate. A major clue for Langdon is found on the back of Dante’s death mask, housed in the Palazzo Vecchio in Florence. We are helpfully told by one of the characters that a death mask is a plaster cast taken of a person’s face soon after death. Just in case we were unsure.

Dr Brooks has a keen interest in Dante and his work, and explains to Professor Langdon some of the facts from his life. Such dialogue is literally the well-informed preaching to the well-informed, a tedious intellectual joust between two characters at the expense of the audience. Indeed, the inference is that the great unwashed of the multiplex need educating in complex high art. The action zips around Europe, via Venice which is filmed like one of those adverts for river cruises, but on steroids. As with the other films, implausibility is the name of the game and our protagonists appear to gain access to highly-guarded historic landmarks of Italy with surprising ease.

Langdon’s quest is hampered by a mysterious security firm, headed by a man called ‘The Provost’ (a playful Irrfan Khan), intent on tracking down both Langdon and the virus before the World Health Organisation, led by Dr Elizabeth Sinskey (played by Danish actress Sidse Babett Knudsen), get there first. A dénouement in Istanbul is rather anticlimactic, although the film’s opening is rather striking, showing Langdon hallucinating with visions of a grotesque, Dante-inspired apocalypse.

Despite the frenetic action, it becomes rather tiresome having plot points condescendingly lectured at you, and the plot twist which comes around two-thirds of the way through is about as obvious as a smack in the face. Hans Zimmer scores the proceedings with his usual style (incidentally, his soundtrack for The Da Vinci Code contains one of the best pieces of film music from recent years: “Chevaliers de Sangreal”) and although there is some enjoyment to be had in Inferno, it is stifled by the abysmal screenplay. Tom Hanks is perfectly acceptable in this now familiar role, and Felicity Jones is as great as always, even with such clunky dialogue. Often, people complain that a film is nothing like the book. In the case of Inferno, it is very much like the book. And you don’t need an A-level in Art History to realise that that’s the fatal problem.