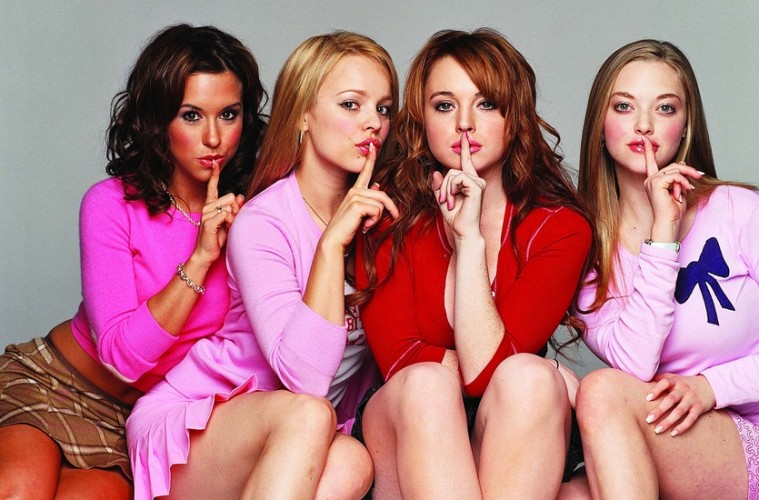 Ultimate Girls Night In Films from the 00’s

ULTIMATE GIRLS NIGHT IN FILMS FROM THE 00’S

Mean girls- Because what girl from our generation doesn’t know all of the quotes from this film? So fetch.

John Tucker Must Die– Another fab American high school film. Pretty sure that Jesse Metcalfe is up there on most girls’ teen crushes.

A Cinderella Story- Because Hillary Duff and Chad Michael Murray are in it. Say no more. The two most iconic people of most girls growing up in the 2000’s. I still don’t get how Austin Ames didn’t figure out it was her under that mask though..

Matilda- It’s just one of them films that never gets old. Is it weird that Miss Trunchball still scares me now when I watch it?

The Notebook- My heart literally hurts every time I watch it. In a good way though. It’s so romantic and we all want that type of relationship don’t we girls? Ryan Gosling, please marry me.

Bring it On (all or nothing)- Solange Knowles literally slays life in it, the story is cute and the cheer songs are still catchy.

She’s the Man- I was introduced to this film at university myself and I’ve never looked back.

Legally Blonde- We all routed for Elle woods. You go girl. Bend and snap.

Dirty Dancing– Because who hasn’t tried the classic dirty dancing lift on a night out?!

High School Musical- Your secret is safe with me fellow Wildcat.

Grease- Because we all need a bit of that sassy Sandy at the end of the movie to motivate us now and again.

Cheaper By The Dozen- This was literally family goals back in the day.

Angus, Thongs and Perfect Snogging- We could all relate to Georgia’s life and it’s still funny.

Wild Child- The quotes in this film are probably up there with Mean Girls. Welcome to Malibu Biatch.

Hairspray- Who doesn’t want to sing along and watch Zac Efron at the same time?

Freaky Friday- Another film that never gets old. Reminds me of when Lindsay Lohan was in like, every teen film ever.

The Last Song- It’s nice to go back to the Hannah Montana Miley stage where she falls in love and everything’s cute.