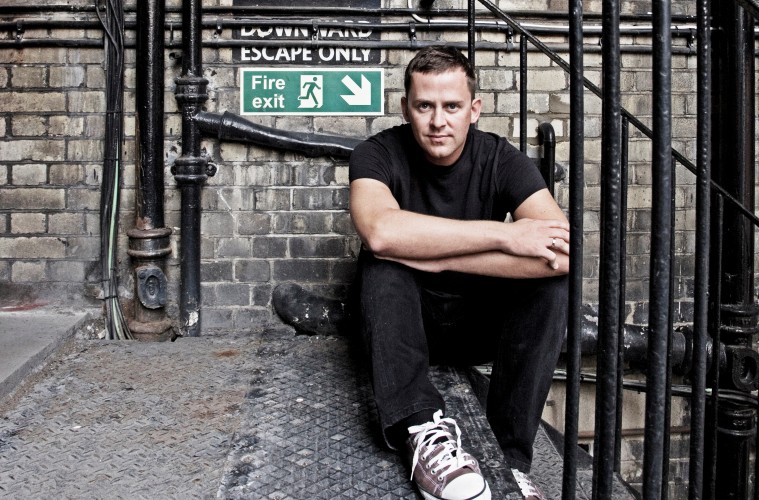 He’s been entertaining us on the radio for 17 years and we thoroughly enjoyed watching him on BBC’s Strictly Come Dancing. We caught up with DJ Scott Mills to discuss him turning up to work slightly worse for wear and the most awkward interview he’s had so far…

Hi Scott! You’ve been a successful host on Radio 1 for an impressive 17 years! What’s your secret? How do you keep your show so current and interesting? I can’t go giving away all my secrets! I think the most important thing with radio is to embrace whatever’s going on around it. Social media’s made a really big difference in that way, you can really invite people into radio as a whole experience and it’s always helpful to take everyone’s comments on board. If I did something people didn’t like on a show, I’d know about it pretty quickly and I wouldn’t do it again!

What do you think has been your most popular feature so far? Personally, we love Innuendo Bingo! Innuendo Bingo is definitely a big part of the show – who’d have thought essentially spitting on celebrities would go down so well?! We had Alexander and Richard from Pointless play Innuendo Bingo one time and that was a good one, it was a pretty surreal experience! It’s just great fun to watch and take part in, so I’d have to agree with you.

You’ve conducted countless interviews during your time at Radio 1. How do you get around asking questions you know people probably won’t want to answer (basically, we want some tips!) I think there are some questions that people just won’t answer, and pushing it sometimes makes the interview really awkward – my tip is don’t push it. You can be cheeky about things and try your luck, but ultimately if they don’t want to talk about something then they won’t.

Let’s get down to the nitty gritty – most awkward interview you’ve ever had? I don’t know if I’d say it was the most awkward interview I’ve ever had, but the worst was definitely Steve Coogan. I made an off-the-cuff remark, and he just turned. The atmosphere was awful afterwards, and he told me that I’d been disrespectful and that he didn’t want it to go on air. I didn’t mean to upset him at all – I was mortified and in the end I never ran the interview.

Is there anyone you haven’t yet interviewed that’d you’d love to tick off your check list? Good question. Can I cheat and say someone I’d like to interview again? I’m going through a phase where I want to be best friends with Cheryl Fernandez-Vesini. I even asked Grimmy if he could make us friends, but I’m not sure if it will happen…

You used to host the Radio 1 early breakfast show and famously arrived for work one morning rather worse for wear from the Brit Awards the night before, much to listeners’ amusement! What happened?! Oh that! It’s not happened since, I can tell you that. I basically had too much of a good time. It got to 2:30am and someone pointed out I had to be on air in a few hours, so I went to sleep in the hotel. It took two people to physically wake me up. I shouldn’t have gone on air. I was slurring, couldn’t pronounce anything properly…people were texting me saying that they had to pull over because they were laughing so hard. About an hour into the show I sobered up and realised I had no idea what I’d said into the microphone. It was awful, but definitely a really good lesson in what not to do as a presenter!

Now your show starts at the slightly more social time of 1pm and you have previously done early evening slots too. Do you prefer having an afternoon slot, or do you miss doing the breakfast show? I think when you’ve been on air for a long time, you get used to whichever slot you’re on. But doing the afternoon show means you don’t have to get up too early, which is great.

You have also appeared on various TV shows including Mastermind, Hollyoaks, Most Haunted and Strictly Come Dancing! So the question on everyone’s lips is… have you done anymore dancing since?! Definitely not in public. I can’t say I haven’t missed the crab costume though…

Your colleague Nick Grimshaw finished doing The X Factor. How do you think he did as a judge? You know what, Grimmy did an awesome job on the show. He knows a lot about music, a lot about different genres and what works and what doesn’t. He knows a star when he sees one. I loved watching him on the show.

Best of luck Scott and thanks for your time! You’re welcome, you too!