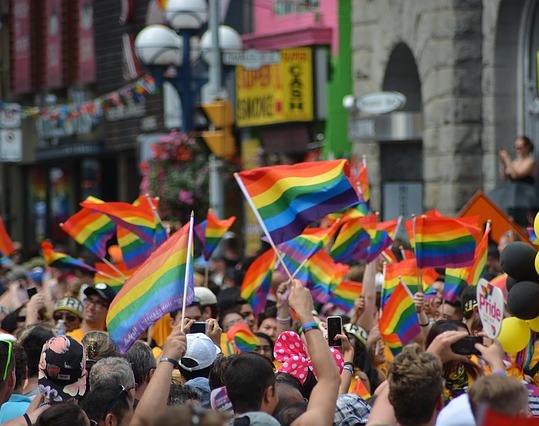 In celebration of National Coming Out Day, we’ve found some hilarious and awkward stories on how people came out to their friends and family!

‘I told my mum and she cried and then she told my dad. She cried for the rest of the night and in the middle of the night I heard my dad yell, “God dammit, Lori! Who cares if he likes it up the ass!”‘

‘When I came out to my parents, they high-fived eachother…’

‘My parents were angrier at me for coming out as a vegan than they were when I came out gay.’

‘I told my dad I was gay but he just stayed silent. I told him again and he said, “Are you sleeping with that piece of s*hit, William? Because you can do so much better.” I was not sleeping with, William.’

‘My mum found out I was gay when she walked into my room without knocking and found me with my first boyfriend. She paused a second, and then asked what we would like for breakfast. She’s always been fine with it!’

‘I had to come out to my friend twice because he forgot the first time.’

‘When I told my parents they went silent, and then mum asked if I was top or bottom… Parents always ask the important questions.’