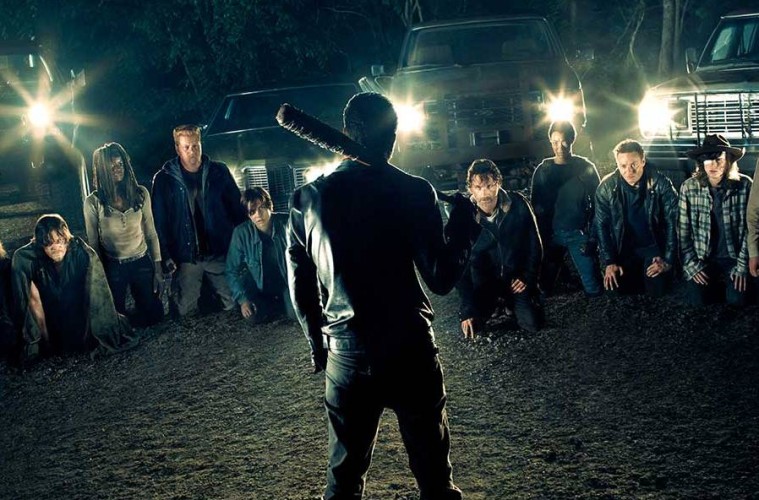 If you haven’t watched the season 7 premier of The Walking Dead, get the hell out of here! We’ve got some serious spoilers in this article.

If you have watched the season 7 premier, you’re probably still recovering. It’s most likely an episode you’d like to repress and forget; pretend it didn’t even happen. But unfortunately, that’s not the case.

The premier started exactly where it left off, unusual for the The Walking Dead as they tend to prolong the identities of death. But on this occasion, we were thrown straight back into the action. We only got a glimpse of Negan’s character at the end of last season, but the premier presented to us the twisted, manipulating, and not to mention violent and foul mouthed character we had all expected from the comic books. He makes the Governor look like Willy Wonka. His ability to reduce Rick, a protagonist once so strong and dictator-ish, to a snotty, shriveling mess on the floor, is incredibly shocking, and very difficult to watch for most viewers. Rick doesn’t seem like the only one who is in line to become Negan’s b*tch; at the end of the episode, Negan chucks Daryl in the back of his truck and drives off. Negan mentioned to Rick how important a right-hand man is in the apocalypse, so he basically stole his. Daryl and Rick; a bond so strong Negan could simply sense it in the air of the clearing.

But that obviously wasn’t the biggest shock of the episode. The show shocked us with not one, but a surprise, out-of-nowhere, second victim. Abraham, the lovable tough guy, was first to fall victim to Negan. We were first presented with, uh, what was left of Abraham’s head on the ground before a flashback through Rick’s traumatised mind revealed the horrific scene followed by the shocking moment Negan span round and took out Glenn’s face with Lucile; utterly devastating. This one hit us all very hard in the feels. Watching the longest surviving character, along with Rick and Carl, be smashed to a bloody pulp infront of his pregnant wife was too much for most of us to process. Not to mention the first crack to the skull didn’t even kill him, but simply crushed a part of his head and popped his damn eye out before gurgling through the blood, “Maggie, I will find you.” How screwed up was that? Theoretically, he must’ve meant he would find Maggie and his unborn child in the afterlife… This was dark even for The Walking Dead.

To finish up, Negan makes it pretty damn clear that Rick and his group are now possessions to the Saviors. Negan pins down Carl, draws a line across his forearm with a sharpie, (who has a working sharpie in the apocalypse, though?) and forces Rick to decapitate his own son with a seemingly symbolic axe featured throughout the episode. Thankfully, Negan didn’t follow through with this cruel act, sparing Carl’s arm simply to prove a point to Rick that he can pretty much force him to do anything he wants, and that he should most certainly be scared of him… The episode ends with the Saviors leaving the clearing and the group in silence with the two mangled corpses of their loved ones. Definitely the darkest episode of the series, yet. It was certainly one way to kick off Season 7, am I right…?

We’re looking forward to what more Negan has to offer… I think.

You can catch episode 2 Monday 30th on channel FOX UK.