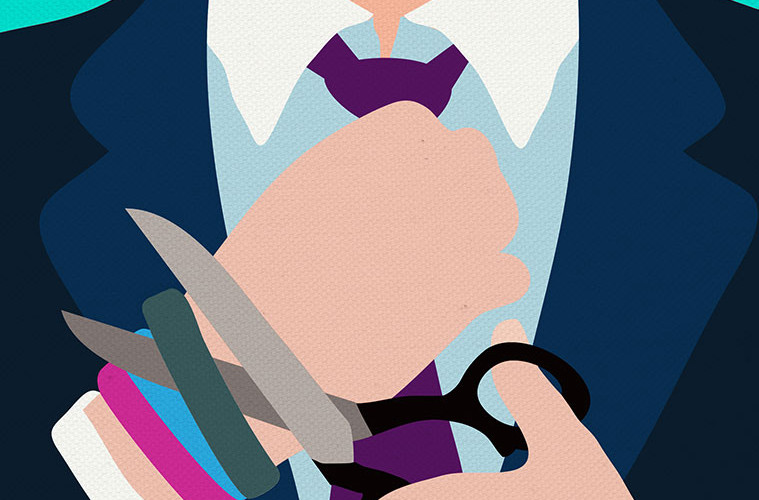 So you have aced the interview and got your first job that doesn’t involve a nametag and a polyester tie/polo shirt. CONGRATULATIONS! Well, it’s a sad fact of life that if you want to keep your shiny new job, you’re going to have to stay on the right side of a dirty four letter word. That’s right, BOSS.

Get a Routine
The best way to make sure you’re on time and turning up to work looking vaguely presentable (oh yeah, I forgot to mention – turn up on time and don’t look like you’ve been dragged through a hedge) is to get yourself into a routine.

Go to bed at a sensible time, get up with enough time for a shower and eat vaguely sensible meals to give you enough energy. This doesn’t mean living like a monk (unless your new job is as an apprentice monk, in which case you probably should be) but it will help you to focus on your job and get into the swing of 9-5. It sucks not having the freedom of university, but once you get into a good routine you’ll be fine in no time.

Dress Well
The look you’re going for is “smart young professional”. This is very different from “soft rock hobo” and “conservative MP”. Rocking up in a pair of ripped jeans and a lumberjack shirt makes it look like you don’t give a flip, dressing like the lovechild of George Osborne makes you look like a weasel and a bit of a try-hard. How are other people at your level dressing? How do the managers dress? Go for something slightly smarter than the other graduates there.

Put aside one evening a week to iron your shirts and do your washing. Put Netflix on in the background and chill out. Some people even find it relaxing… Weirdos.

Say Hello
If you’re getting a coffee in the kitchen or sharing a lift, master the art of small talk. Try to remember a couple of things about them…

1) Do they have kids? If so, ask how they are.
2) Are they training for a half marathon? How is the nutrition going? Cyclist? How tight are their shorts?

This isn’t being a brown noser. It’s just sensible
networking and taking an interest.

It’s nice to be important, but it’s important to be nice
It’s very important to get on with people you work with. Firstly, because it’s the professional thing to do. Secondly, because you’re spending eight hours a day with these people and it’s worth having them as friends. Thirdly, and most importantly – people talk.

People will chat over a mug of tea or outside on a fag break about what they think of the new guy. It’s nothing to worry about, it’s totally normal. Once you’ve been there for a while – they’ll ask what you think of the new guys. It’s the circle of life.