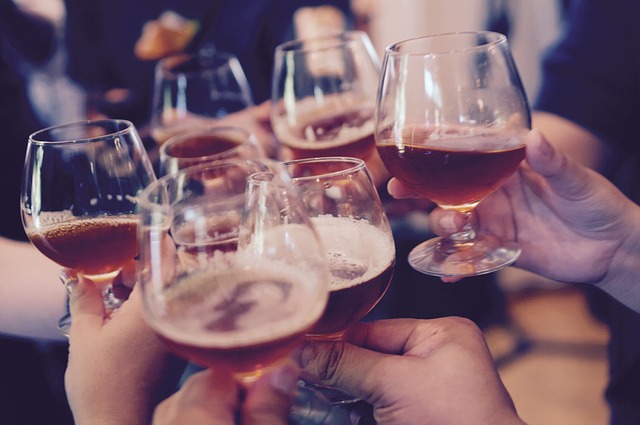 It was inevitable that you’d find yourself wearing some awful, cheap fancy dress costume and attend at least three different themed parties. Even worse, no one at university cares what people think anymore, meaning there were probably some outrageous costumes that have earned some people a dodgy nickname or reputation for the rest of their course.

Alcohol Poisoning
If not you, then it probably happened to one of your mates and you spent two days ensuring they didn’t die. That, or someone had a major alcohol related breakdown and despite only knowing them a few days, you spent a whole night mopping up their sobs and giving drunken life advice.

Freebie Overload
You got greedy for free stuff. Now you’re worried about where you’re going to put it all. You’ve never owned so many pens in your life and you’ve never been offered so many free sweets. All you have to show for your first week is a few extra pounds, pens, and probably a hickey.

Freshers’ Flu
Think of all those germs being brought to the campus from students all over the UK. It’s a breeding ground for bacteria and it was inevitable that you were gonna fall ill at some point. Combine that with the hangover, lack of sleep, and bad food; you probably felt like you were dying.

Sex
Someone was probably caught having sex in the toilets. And a lot of people probably spent their first nights in other peoples’ rooms. Awkward.

Too Many Questions
You were asked the same questions over and over again, “Where you from?”, “What course you doing?” Blah blah blah. It drove you completely insane.