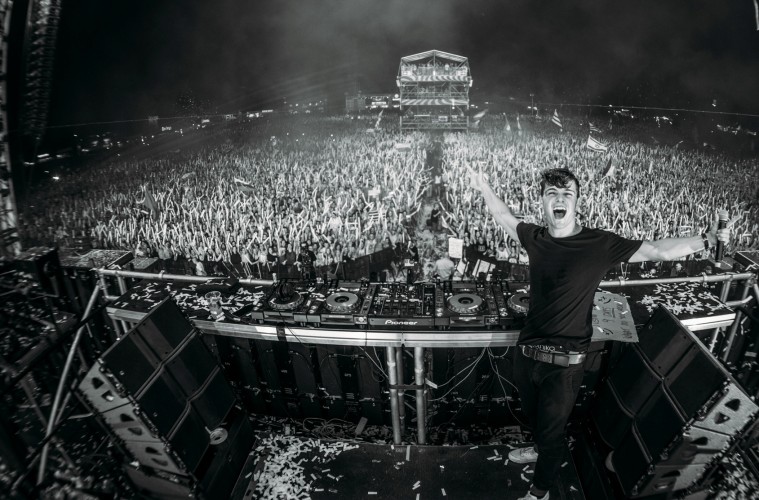 At seventeen years old, Dutch DJ Martin Garrix was playing sets in some of the world’s biggest clubs and now, at just nineteen years old, he’s ranked third on the global DJ chart, has been championed by the likes of Tiësto and has blasted through our speakers with his chart topping tunes such as ‘Animals’. From having sets at prestigious festivals including Tomorrowland, to hanging out with A-list celebrities, we chatted to him about his ultimate party guests, life on tour and what he really thinks of the UK’s party scene…

So first of all, we heard you were inspired to become a DJ after watching Tiësto perform at the 2004 Olympics when you were only 8 years old! Is this true? Yes that’s true. I saw Tiësto playing on that stage and when I was just about 8 years old and from that moment I knew that was what I wanted to do!

You’re now one of the best DJ’s in the world at only 19! Congratulations, did you ever think you’d be as big as you are? Haha no! I didn’t expect this at all so I’m really grateful for all the support I get from people in the industry and of course my fans. I really couldn’t have done it without them!

Your track ‘Animals’ burst onto the music scene in 2013, but if you had to be an animal for a day, what would you be and why? A bird, so I could fly!

DJ’ing has taken you all over the globe from Dubai, to your home nation of the Netherlands, but what we want to know is what location has really been a stand out in your opinion? That’s a hard question. I always love to play in The Netherlands because my friends and family can join me there but I love the fact that being a DJ gives me the opportunity to see the world. I must say that Coachella festival was one I’ll never forget. I love that festival. And Ibiza is also one of my favourites!

And not only that, you’ve visited the UK a few times too, but what do you love most about us Brits? I love the UK! You guys know how to party! It’s kind of the same as in Holland when it comes to festivals. The weather isn’t always festival proof but when you look at the people on the field nobody seems to mind. I love that!

Let’s not forget, you smashed it at Tomorrowland, so two questions, is it really as mad as people say? And can you sneak us in, in your suitcase next time? Haha Tomorrowland is craaaaaazy! You have to experience it yourself! And unfortunately I only take my backpack with me so unless you are really small I think you have to get in the normal way haha.

On your Instagram, you have a huge following and are seen snapped with a few of your celebrity mates, but if you were to throw a party, which three names would be top of your list and why? Haha just three? I think I have to go with Jay Hardway and Julian Jordan because we’ve been friends ever since the beginning. And the third person would be Justin Bieber because it’s just fun to hang with him.

You also produced a track with Usher, but which artist past or present, would you have most liked to have made music with? I’m a lucky guy to have worked with a lot of my heroes like Tiësto and Usher but I still have some names on my list haha. I’d love to work with Calvin Harris some day or with Lana Del Rey. I think her voice is sick!

Moving aside from dance music, what sort of tunes do you chill out to when you’re not busy? A lot of different kinds of music. For example, I love the new albums by The Weekend, Justin Bieber, and Disclosure.

Going back to festivals now, you’ve played at loads! What would you say are your
favorite two? Well you mentioned one already… Tomorrowland is definitely one of the best festivals in the world. But I also love to play at Ultra or Coachella or EDC haha. As you can see I can’t really pick just two!

And finally, what advice can you give to young people who want to make it big in their chosen industry? Just go with it! Work hard and keep on trying. Be critical of your own work but don’t ever let it hold you back! If you want to do it you can!

Well thanks Martin! It has been a pleasure chatting to you and I wish you all the best with your music and going forward! Hopefully we’ll catch you on stage soon. Likewise!!!