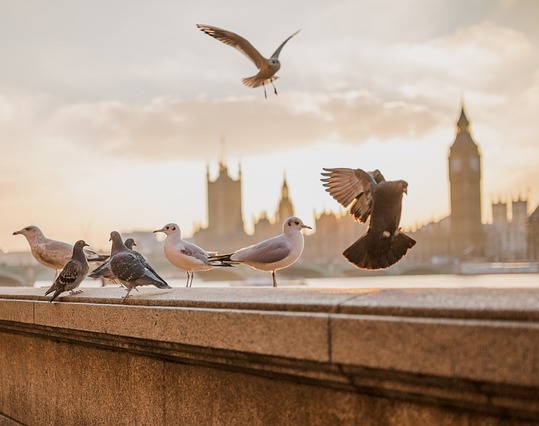 The New Year is upon us. For students, it is quite useful to start making plans for it now. Except for your tests, exams, family holidays and everyday routines, it would be great to have a full picture of how you can entertain yourself the next half a year. Fortunately, you are not the only one who is thinking about it! We have prepared a guide of London events you and your friends will definitely enjoy. The perks of such a list are obvious for those who live and study in London. For others, it will be a great motivation to visit the capital! It is nice to travel, but it is much nicer to have an ultimate goal of your trip. This will make your year brighter and leave plenty of unforgettable memories. Keep the list in mind and if you decide to visit any events, don’t forget to book tickets!

Oh, please! London will see everything this December! Just like any other month of the year. From Black Sabbath to Korn, Disturbed, Kylie Minogue and so forth. But for a student, a financial issue can arise. If you want to enjoy great live music, not spending a fortune on it, we really recommend you to see Jorja Smith. This young British singer and songwriter had already been considered a new R&B star and for a good reason. Despite the influence of the greatest R&B singers, Jorja has found her own incomparable style. More than a million people have seen her latest video ‘Where did I Go’ on YouTube.

Musical: Half a Sixpence

A new adaptation of H.G. Wells’ novel is how a theatrical London scene is going to entertain you with this month. For more than half a century Arthur Kipps’ adventures keep attracting the most various audience and remain tremendously popular. Of all London Theatre listings, this show definitely deserves some attention. This story of a young man, who’ve suddenly become rich, has a lot to teach us about life, love and the attitude towards money. The musical is created by one of the most outstanding theatrical producers of our time Cameron Mackintosh. The director of the musical is Rachel Kavanaugh. The cast, including Charlie Stamp, Ian Bartholomew, Emma Williams and others, have performed their parts brilliantly, so it is a definite must-see in London.

Do you want to surprise your friends and family with original Christmas and New Year presents this year? Have no ideas? Don’t want to spend too much time searching? There is a great solution for you. Visit ICE Theatre at the beginning of the month! The most gifted UK’s designers and artists have created something special for you to purchase for only £1-100. The choice is really astonishing! Besides, it is a great opportunity to spend a marvellous day, as The Garage Sale is not a number of shops – it is a well-organized fair, where you can get inspired and entertained.

It is a great chance to feel yourself a part of real secret agents’ world. Actually, the event is dedicated to the 2015 Spectre film. But the range of what you can see is not limited to the newest films. More than 150 exhibits, among which there are vehicles, props and costumes used in all 24 James Bond movies, are now a part of the permanent Bond in Motion exhibition. The most notable and unique cars, motorcycles, aircraft, miniature models, and authentic copies of scripts will fascinate not only Bond’s die-hard fans but anyone, who values the history of cinema.

London will see Russell Howard’s new show in March 2017, before any other UK city. This is a classic stand-up, with the microphone only. But for those who appreciate the genre, it is a great chance to spend an evening hard to forget. Russell Howard is a young stand-up comedian, who is getting more and more popular each day. Young audience like Russell so much because his monologues, full of sparkling jokes, touch upon the truly acute topics. At the same time, he talks about everyday life and common situations. Even the fact that Russell is a little older than the students of today doesn’t make his jokes less relevant for them. He compares the two close generations masterfully and makes both laugh genuinely at themselves.

In early spring, don’t miss the last chance to see The Kite Runner. The closing date is March, 11, so hurry! This is a stunning theatrical adaptation of Khaled Hosseini’s living classic debut novel, which has been already called the main novel of the new century. The story about friendship and loyalty, betrayal and redemption won’t allow anybody to stay indifferent. Just like the book, the performance is delicate, subtle, ironic, and sentimental. It tells about Hassan and Amir, childhood friends from Afghanistan, so different and still so close. Each of them has his own destiny, his own tragedy, but just like before, they stay connected.The Kite Runner is adapted by Matthew Spangler and directed by Giles Croft.

2016 has been a remarkable year for The Stone Roses fans. The band that defined the style and sound of the best 90s musicians and inspired such renowned bands as Oasis finally released two new singles after a 17 years pause. All For One and Beautiful Thing gained tremendous popularity immediately. Despite the fact that the studio The Stone Roses discography has only two albums, the band is rightfully considered to be one of the leaders of the British Rock scene. Their debut album became classics. Next summer you have the perfect chance to see The Stone Roses live!

Don’t sit in front of your laptop all night long! There is a great event each day in London, so visit, develop yourself and have real fun!