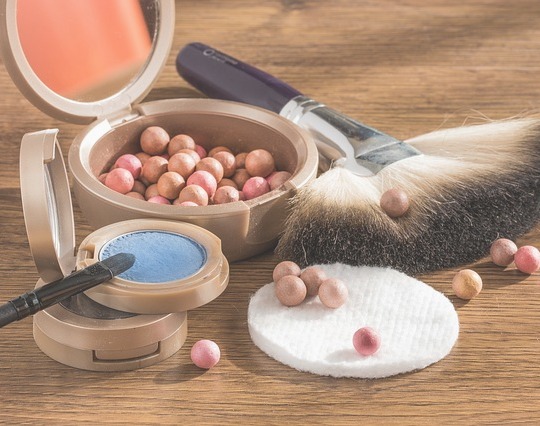 We’ve all been there – you’ve been chilling at a party or with your mates when someone decides it would be a right laugh and embarrassment to pull out some pictures from high school… It triggers what feels like a war flashback; you can’t believe you even walked out your front door with a face on like that, let alone went to school looking like it.

You would’ve given clowns a run for their money.

Back before “fleek” brows were a thing, we had big, fat, wonky brows that were generally way too dark for most people’s skin tones. They often resembled sperm or seagull wings. Even earlier than that, people didn’t bother drawing on or plucking brows at all – bushy monobrows made daily occurrences, but no one cared back then, they were only eyebrows, right?

Oompa Loompa Face
I’m not sure what it was, but everyone was convinced they needed a shade of foundation that was several shades too dark for their face, and so thick you’d leave nice, orange smears around the collar of your white shirt. And don’t even get me started on the fact NO ONE, including myself,  ever made the effort to blend it from the jaw down. With a pasty neck and a face the colour of Doritos, everyone looked like they had had a head transplant.

Terrible Eyeliner
When I was in high school, eyeliner was just becoming a “thing” which, unfortunately meant, everyone was attempting it. Liquid liner was too advance for most of us, so we used thick, crumbly pencil liner instead. And it would smear across your face over the course of the day… And you’d get a weird build up of it in the corner of your eyes. Ew.

Foundation Lips
To this day, I will never understand why this was a thing. Maybelline Dream Matte Mousse was prime for this trend. The biggest downside was having a mouthful of foundation by the end of the school day… And not to mention it looked bloody awful.

Clumpy Mascara
Most eyelashes in high school resembled dead spider legs; crispy, stuck together, and generally just messy. Not only that, mascara wasn’t just on the eyelashes, it was all over the eyes in ugly splatters – did people not have mirrors back then?