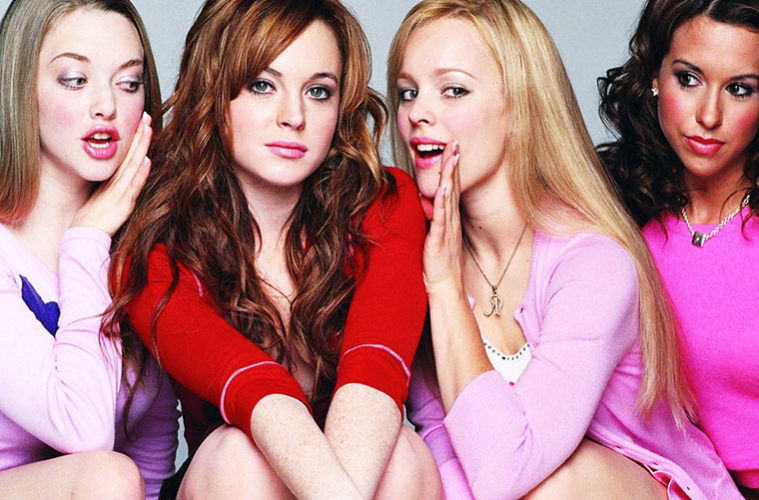 There’s nothing better than having a girly night watching classic chick flick movies with the girls is there? I can guarantee most of you girls have seen these top 5 chick flicks…

Absolute classic don’t you think? Teenager Cady Heron was educated in Africa by her parents. When her family moves to America, Cady finally gets to experience a public school and gets a look of cruel, tacit laws of popularity that divide her fellow students into tightly knit cliques. She finds herself in the group of cool students called “the Plastics,” but Cady soon realises how her new group of friends earned this nickname…If you haven’t watched this…You need to!

A champion high school cheer-leading squad discovers its previous captain stole all their best routines from an inner-city school and must scramble to compete at this year’s championships…It’s a battle and a half! I used to absolutely love this film when I was younger…Was my favourite!

When Violas brother decides to ditch her for a couple weeks in  London…Viola heads over to his boarding school, disguises herself as him, and proceeds to fall for one of her soccer teammates. Little does she realise she’s not the only one with romantic troubles…This film is just hilarious!

A girl who’s sick of the social strictures of junior high is transformed into a grownup overnight…In this feel-good fairy tale, teenager Jenna wants a boyfriend, and when she’s unable to find one, she fantasizes about being a well-adjusted adult. Suddenly, her secret desire becomes a reality…She is transformed into a 30-year-old! Another great film I used to love when I was younger…Hilarious!

Sam, a teenager in California, is made to work as a janitor and dishwasher in the diner for her stepmother…After a cell phone mix-up, Sam begins an anonymous text-messaging and e-mail relationship with a boy. They arrange to meet at a school dance, but when Sam finds out that her secret pen pal is Austin Ames…The cutest boy in school, she panics and looks for a way to make herself cooler…She turns out to be the most amazing looking girl there! This is a must watch ladies!