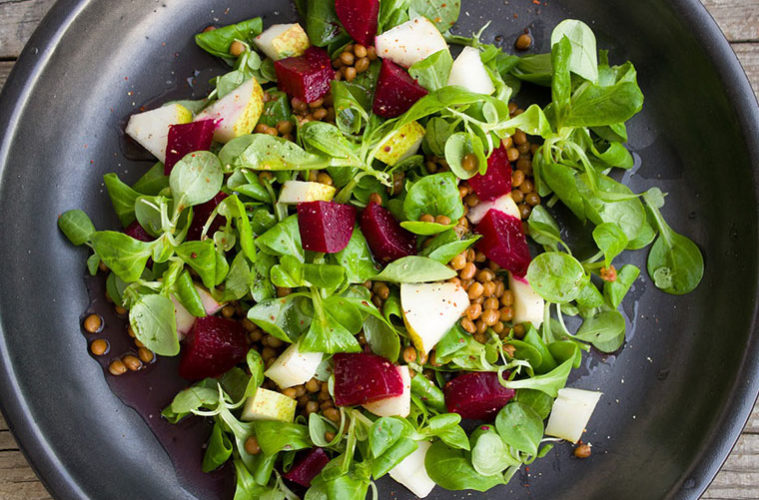 I recently became a vegan. Two weeks ago to be precise. It may seem like a strange, rather random life decision, especially considering the fact that I am a first-year university living on a (somewhat) limited budget, but it is one that I chose to pursue nonetheless.

Ask anyone on the street if they are against animal testing or anti-animal cruelty and the vast majority will say ‘yes’. But to what extent the everyday citizen is prepared to, in their eyes, dilute their diet in order to act on these feelings is another matter entirely.

My younger brother has been a vegetarian for well over two years now and throughout that period, I have too questioned my consumption habits with regards to meat eating.

However, I would often tease my brother and ask him why he finds it necessary to avoid meat, yet he will still happily consume eggs and dairy products. Yet, upon reflection, perhaps that is what ultimately convinced me that it had to be all or nothing; I saw both animal meat and animal produce as one.

I am well aware that skipping products containing animal products will not have any impact on the billions of pounds spent each year on such foodstuffs; it is merely a matter of principle, which in my opinion is long overdue.

I did enjoy meat-based dishes, that is something I will confess, but no more than many vegan-permitted dishes.

So in this article, I wanted to outline 5 myths that many people hold regarding veganism and attempt to debunk them to the best of my ability.

Being a vegan is boring

Many people have the idea that vegans are confined to a very limited choice of potential recipes. Of course, removing meat, eggs and milk etc. from the list of ingredients does reduce the possible number of meals that I can have, but I don’t feel completely constricted. Obviously, I check the labels of products when I am in the supermarket to ensure that they do not contain any animal products, but in terms of the actual things I can eat, I feel fine.

I can still have slight variations of my usual favourites, such as stir fry, spaghetti bolognese, lasagne, curry and stew, for starters. Well, probably, my main course.

Being a vegan is healthy / unhealthy

I have heard many different opinions voiced to me on this matter since my revelation to friends and family alike. On the scale of healthiness, some seem to suggest that a vegan diet is extremely healthy, full of fruit and vegetables, as that is apparently all I can eat. (Obviously, that isn’t the case.) Likewise, some say that veganism is precarious and dangerous, even detrimental to one’s health because the absence of meat and dairy leads to dwindling deficiencies in the amount of protein, natural fats, and calcium in your diet.

My response is that I am doing just fine. For one, I compensate for the lack of protein by eating a variety of nuts, from peanuts to walnuts, almonds to cashew nuts. In that sense, my diet has improved, I guess; I never really consider nuts as a regular snack.

Being a vegan reduces the amount of (dairy) chocolate and sweets (due to gelatin) that you can have, naturally. Then again, vegans can still have chips; much like non-vegans, it is a balancing act and, just as non-vegans can be healthy or unhealthy, so too can vegans.

Being a vegan is expensive

The general consensus on a weekly shopping bill of someone who is a vegan is that it will cost them an excessive amount to survive. That is simply not the case. Whilst things like eggs and milk might be cheap – in comparison to, say, Alpro’s flavoured milk – the lack of meat is a striking saving.

Meat is notoriously expensive and it would not be surprising if the majority of people’s, especially students’, food bills are constituted by the cost of meat.

Another myth is that vegans just eat Quorn all the time as a direct substitute for meat. Again, this is not the case. Quorn meat-free style pieces, and hot and spicy burgers are the only two Quorn branded products that I have purchased during the two weeks thus far.

Vegans can have all Quorn

However, there is then the belief that vegans can readily buy all Quorn products. Perhaps this is where the suggestion that vegans solely eat Quorn arises from. In fact, there are only a handful of products made by Quorn which are actually vegan, which may come as a surprise to you.

That is because much of their range contains egg, which I assume is used as a coagulant ingredient in order to ensure that the products’ other ingredients are effectively held together.

However, they have recently announced that they plan to eventually make all of their range vegan-friendly.

Until then, though, I guess I will just be stuck with my boring old stir-fried vegetables and fruit salad…