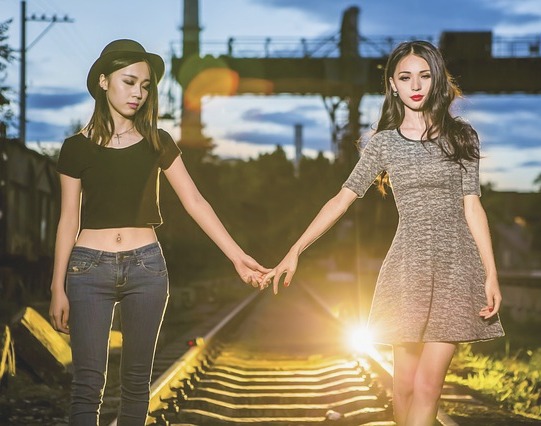 Women. Strange creatures, we are. We don’t even understand ourselves! Complex human beings with too many emotions and functions for us to know what to do with… Here are some facts about women that many men don’t know about!

We don’t treat bras the same way we treat the rest of our underwear… We will wear a bra for long periods of time before washing it. The time is undetermined – usually until it starts to smell.

Shaving
Contrary to popular belief – women don’t actually shave that often unless there’s the small possibility we’re gonna see some action. Even in long term relationships, our shaving habits become lazy. Almost non-existent. BUT when we do shave, we make everyone touch our legs so they can feel the silky smoothness.

Other Women
Women stare at other women just as much as anyone else – we love admiring another women’s beauty and will probably take notes on her outfit because we have decided we want that exact same shirt. Other times, we cry because we just want to look as good as them. We’re not as jealous as you think…

Getting Ready
Ever wondered why we take 2-3 hours to get ready? Let me explain it in full… Have a shower, wash hair, shave every surface our bodies, and then sometimes use a face mask. Get dried, dry hair, style it – hate it, re-style it, all good. An hour has already passed. For a full face of makeup including contouring and falsies – we’re looking at another 45 minutes. Whatever is left of the time we have – we’re crying about what outfit we want to wear because the one we planned on wearing looked a lot less fabulous than we had planned… So there you have, don’t even try and rush this process.

Mood
Yes, our moods can be temperamental – but there are reasons for this that some people just wouldn’t understand. For example, we haven’t shaved in 3 months, our skin has taken a turn for the worst, and all of our clothes feel old and unwearable (even though they’re probably fine) but this is a legitimate reason to have a complete breakdown and hate the world. Don’t overestimate the amount inconveniences it takes to trigger a meltdown in us.

Makeup
Why do we have so much? Why do we take so much time? Makeup isn’t always about covering up our flaws and trying to improve the way we look (we know we loo kick-ass without it, anyway) it’s practically an art form for us – it’s fun and creative if it goes the way we want it to.