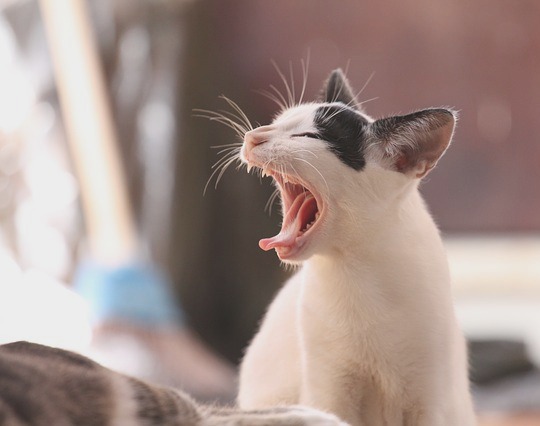 Because showcasing our cats was basically what the internet was made for, right? This is the kind of content you are online for, isn’t it? Embrace it.

My cat is smug because many of the world's most majestic lion sculptures were in fact not modelled on lions but him. pic.twitter.com/mXAQqRr1mf

This is my cat guarding her first and only baby. She's extra protective of him.. pic.twitter.com/fO3PELoIRQ

It's so cold my cat just straight up turned into an egg pic.twitter.com/WWw3zSPtbH

So my parents put up a nativity thing, tell me why my cat is chilling in there, lookin like Jesus pic.twitter.com/nK6U590q8Q

1. Take pictures of every cat in your neighborhood

"My Cat lost a fight to a Bee…" pic.twitter.com/2UtQIGAQUE

"For some reason my cat sits like this everyday.." pic.twitter.com/zSXLBVtcGg

"someday this will all be yours" I tell my cat, waving my arms wildly at a few amazon boxes by the front door