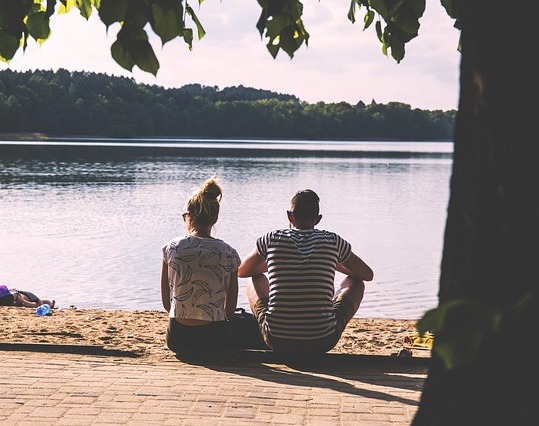 Flirting isn’t something we can all be good at. I, for one, totally suck. As do other people, but thank God we weren’t these people below… Yikes.

1.) “My brother in law was once flirting intensely with this girl at a bar for about two hours… He got her number, left the bar, and two days later he ran into the same girl. At a family reunion. Because she was his cousin.”

2.) “I was walking home and saw my crush in front of me walking with a friend of his. I decided I’d be all cute and run past them, turn my head, and smile. As soon as I passed them, I let out a couple of pretty loud farts… I was hoping they didn’t notice until I heard his friend ask if I was farting…”

3.)“I was hitting on a cute cashier at American Eagle, and he noticed my Marvel shirt and asked who my favorite Marvel character was. My response was ‘the whore’. I tried to combine The Hulk and Thor…”

4.) “I was walking down the main street in Manchester when I made eye contact with a man who had clearly been crafted by Jesus. I then walked into a pole. He laughed so hard, it still haunts me to this day.”

5.) “At a bar one night, I ran into my cute kickboxing instructor who I had secretly nicknamed ‘Squatting Scott.’ After one too many cocktails, I told him about his nickname, and that some girls (ahem, me), love to check out his rear as he’s demo-ing squats. He laughed awkwardly and then introduced me to his girlfriend. I could never bring myself to go back to his class!”

6.) “My yoga instructor is seriously hot in a California surfer type of way. So of course I attend his class regularly. One day, he was spotting me in a handstand and, just as I pushed off my feet, a loud fart came out. It was horrifying—especially being upside down with the instructor’s face merely a foot from my rear. I try to forget it ever happened!”

7.) I was at a gay bar a couple months ago. There was this guy wearing the exact same shirt as me. I go up to him and say something like “Cool shirt!”He responds: “Looks better on you.”My drunken response: “I know, but you look ok in it.”Run away.

8.) I was flirting with a girl in a bar (and it seemed to be going well). About a half hour into our conversation, I had one of those very strong sneezes (the ones that come out of nowhere and cannot be stopped). I ended up snotting into my hand and had a string of goo from my hands to my face when I pulled my hands away.