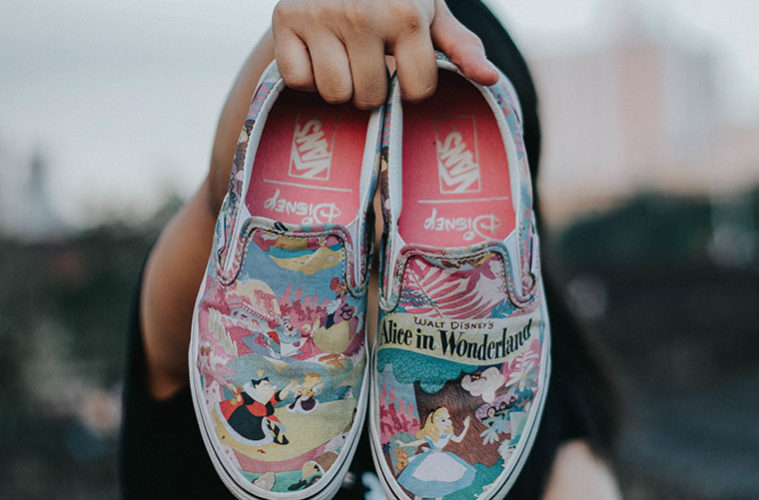 Disney WAS my childhood. I mean literally verging on obsession…

Growing up during the nineties, my peers and I were privileged enough to see some of the most iconic Disney films such as Aladdin, The Lion King, Tarzan and Beauty and the Beast come to life before our eyes. Personally for me, there was a solid 2 year stretch where aged 5 I demanded that I watched The Lion King on a daily basis. Simba was my spirit animal, he still is.

So, when you stop and reflect on how many other generations of children – before and after me – have also obsessed and fantasized about these films, it makes you stop and think; what are we all taking away from these animated films?
Studio Disney prides itself on creating original adventures filled with themes of morality, ethics, happiness, true-love and determination, to overcome even the hardest of obstacles. Each film presents a key problem that is eventually solved throughout the duration of the screen time, typically ending in the clichéd ‘happily ever after’. As much as these themes are full of genuine entertainment value and make for great stories, there’s a darker side to Disney that subtly hides within the form of its trademark Princesses.
With all of them supressed by their circumstances, most of these beautiful women only achieve their true freedom and happily ever after through finding a man, and we have to ask ourselves – in 2017, is this still an ok message to be advocating to our impressionable and younger generations?
Admittedly as time has gone on, Disney has wised up to this problem and now produces much more progressive depictions of women such as the Mulans, Moanas, Elsas and Tianas of the Disney world. These are women who actively take control of their situations and fight for their own empowered ‘happily ever after’ – with not a male in sight. Gone are the heroines of Cinderella, Sleeping Beauty and Snow White; women who are controlled, manipulated and supressed, doing nothing to actively fight for their own self-worth or dignity. The typical (and almost predictable) tales of these women only achieving their true happiness by finding their Princes has gone. A new era of Disney has begun.
If I’m fortunate enough to be a parent myself one day, I want my children to be empowered and inspired by what they watch, not to question their own abilities or opportunities. Let these damsels in distress lie in peace, and welcome aboard these new, strong and powerful female figures who inspire young minds to dream of the impossible.

FIESTY FEMINISTS:
1.) Mulan
The ULTIMATE girl warrior. Runs away from home, cuts off her hair, binds her boobs and fights for the survival of her family and the future of China, earning her family and herself the highest honour. Kudos to you Mulan.

2.) Moana
A headstrong Polynesian teenager who travels across the vast sea (without the Chief’s permission) to save the ecosystem of her beloved island and simultaneously the survival of her people. She even bosses around the demi-god, Maui to help her in her quest. *high five*

3.) Elsa
Elsa is the ‘Ice Queen’, literally. Powerful, a ruler in her own right and able to build vast ice sculptures and snowmen creatures just from the flick of her wrist? Cool. Oh, and she also has the sense to guide her sister out of a sham of a marriage, saving her from a long and miserable future. Yes Elsa, we stand with you. Women can do it, and do it better.

1.) Ariel
As much as this pains me to admit, Ariel’s not as independent as I once believed she was. She LITERALLY gives up everything to be with her Prince, even to the extremities of physically changing her true form; I mean that couldn’t be more wrong. Changing yourself so a man will like you in 2017? Not on.

2.) Cinderella
Suppressed, suppressed, suppressed. Poor little Cindy sadly never learnt how to help herself, controlled and manipulated from start to finish, she only finds some sort of relief when her Prince rescues her and takes her off to his palace. Happiness comes from within girl, not by putting a glass slipper on your foot.

3.) Snow White and Sleeping Beauty
I think these two speak for themselves. Both women put to sleep under evil enchantments and the ONLY way for them both to reawaken is to find true loves kiss? BLERGH. Personally, falling instantly in love with someone who you’ve JUST met and who could technically be a serial killer, is not appealing in the slightest. At all. Try dating next time ladies.