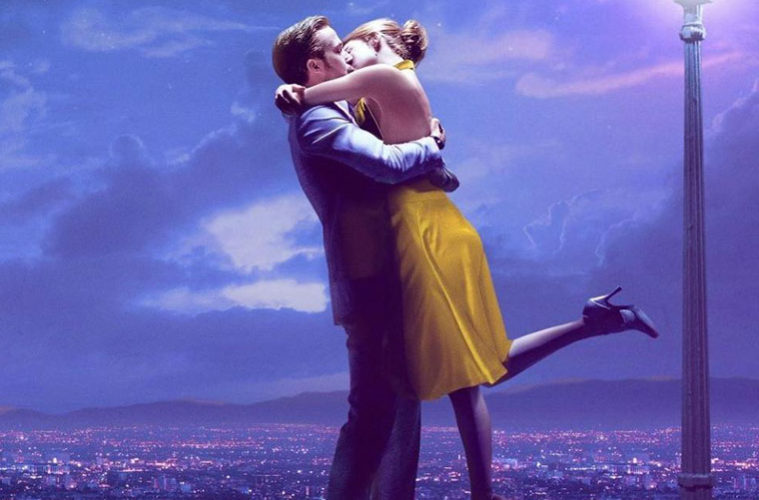 Films never exist in a vacuum. They develop, respond and mature according to those which came before, and the particular moment in which they are made. Except for perhaps the very early days of cinema, true originality in films (from Hollywood or elsewhere) is a myth.

Several films from the last 15 years or so have been praised for their novelty (largely thanks to advances in technology). Take Avatar, for example, which was hailed as the beginnings of a take-over for 3D film; in reality, 3D cinema was widespread in the 1950s. Similarly, The Artist gathered much admiration as a silent, black-and-white film in today’s era of colourful and loud blockbusters, but silent film is as old as cinema itself. Although these films were undoubtedly innovative, none emerged independently of similar films which had gone before.

In the same way, La La Land could, at first glance, appear to be completely new. But it is far from the only film in recent years to have invoked the golden age of the Hollywood musical. The successes of films like Mamma Mia, Sunshine on Leith and Les Misérables have all appealed to people’s experiences of the euphoric nature of the film musical. In La La Land, the Hollywood musical is both acknowledged and updated, creating a film which weaves emotion with musical hooks and toe-tapping delight.

Written and directed by Damien Chazelle, who directed the intense drumming film Whiplash, La La Land tells the love story of jazz pianist Seb (Ryan Gosling) and Mia (Emma Stone), an aspiring actress in Los Angeles who can’t seem to ever secure a call-back after an audition. To make ends meet, Mia works in a coffee shop in the Warner Brothers lot, directly opposite the “Paris” window out of which Ingrid Bergman and Humphrey Bogart famously looked in Casablanca. Indeed, references to Casablanca are prolific in the film, and Mia and Seb are given their own love theme on the piano, akin to “As Time Goes By”.

Theirs is a relationship which is both believable and endearing. Emma Stone is an emotional powerhouse: funny, sassy, vulnerable, tenacious and disarming in equal measure. Her many audition scenes are a particular stand-out, and as an audience, we really feel for her when, as her mesmeric eyes fill with tears, she is interrupted mid-audition by a PA with a call for the casting director (“Shall I tell her you’ll call back in two minutes?”, “No, it’ll be less than that”).

Stone’s performance is pitched perfectly against Ryan Gosling’s slightly arrogant, but still very likeable, Seb. Gosling is perhaps reminiscent of the likes of Gene Kelly – not in terms of technical ability (although his piano playing and dancing, developed through many months of training before filming began, is very convincing) – but as a star with that glint in his eye and that magnetic screen presence.

Both Mia and Seb have, as so many do in Hollywood, a dream to make the bigtime in their respective professions. Seb’s burning passion is jazz and he hopes to open a jazz club to honour what is – in his opinion – the greatest musical genre to have ever existed. Mia is equally set on becoming like the actresses who walk into her coffee shop, earn adoring stares from the staff and are achingly nice in refusing a free coffee before being driven off to set on a golf buggy.

The pair initially cross paths in a minor case of road rage in a LA traffic jam – a continuous-take sequence which opens the film and which culminates in people literally dancing on the roofs of their cars (recalling the big dance numbers of 1950s musicals). They meet again when Mia sees Seb being fired by a restaurant manager (J. K. Simmons – recognisable as the intimidating teacher from Whiplash) for going off-piste with his musical choices at the piano.

Their relationship develops, persistently underscored by the classics of both film and jazz. Their first date is a trip to see Rebel Without a Cause and a subsequent trip to a jazz club results in a rather patronising Seb trying to convince her of the need for jazz to be preserved for future generations. Without giving too much away, a crack appears in proceedings, fracturing the undiluted optimism reflected in the film’s aesthetics, and questioning the price to be paid for pursuing one’s dreams.

The design of the film is certainly a joy, mixing blocks of vibrant colour with inventive cinematography, and is reminiscent of the soundstage sets of classics such as Singing in the Rain and Gentlemen Prefer Blondes. Snow appears for a brief moment at an LA pool party, and the Griffith Observatory, previously the site of James Dean’s troubles and now a courtship venue for our lovers, plays host to a fantastical, intergalactic dance number. The film’s final sequences go ever further in mirroring the dream-like, highly-stylised worlds of old-school musicals. But even amongst the whirl of musical numbers and bold, extravagant imagery, there is emotional intimacy and turbulence, leading to an ending which may not appeal to everyone but one which is, ultimately, hugely satisfying.

The music (composed by Justin Hurwitz) ticks all the boxes, driving the plot and also revealing characters’ feelings in a way which equivalent dialogue can sometimes struggle to do. From beginning to end, La La Land is a delight. The performances, design, music and narrative coalesce into a heart-warming and exultant celebration, continuing the musical tradition which has never really left our cinema screens. Perhaps, in 2017, it’s a film we all need.