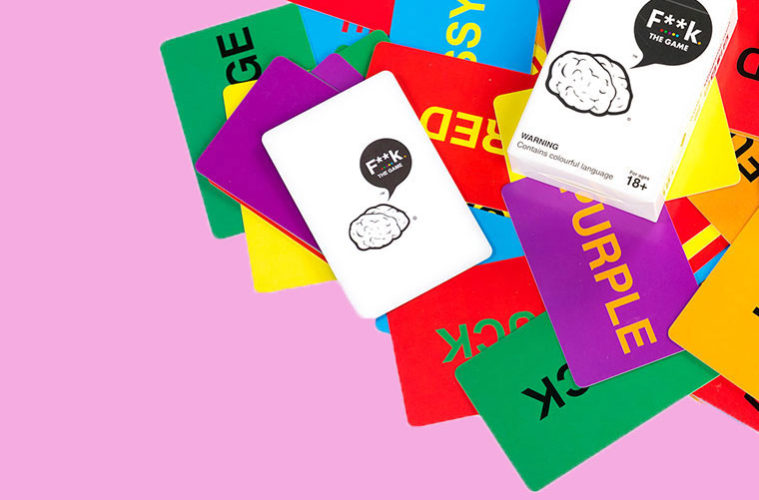 Alternatives to Cards Against Humanity

Alternatives to Cards Against Humanity

Are you a terrible person who loves offensive games but has played ‘Cards and Humanity’ one too many times and are  looking for a new way to be horrible? Look no further, here at SPG we can found some brilliant alternatives to the famous card game that are sure to bring out the worst in you…

F**k. The Game – get smarter while swearing at your friends!

Want more strategy and swearing when you play? This new Aussie card game will f**k with your head using a

It sounds simple, but the cards use a psychological phenomenon – the Stroop effect – known to mess with your head and delay your brain’s response. Players can’t help but f**k up, sending the group into fits of laughter.

Once you’ve mastered the basics, you can take the game to a whole new level with more rules, more strategy and you can even create your own rules.

Get the game here.

Disturbed Friends – How disturbed are yours?

The game is in the name! Disturbed Friends is a party game designed to find out how disturbed your friends are, and how disturbed they think you are… You and your friends will be put in unethical, uncomfortable situations (as shown on the right) which you must be forced to confront and answer in the presence of your mates.

Here’s how to play: 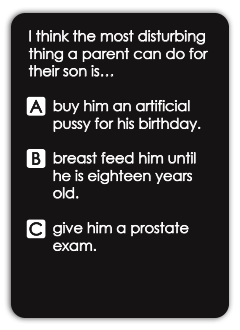 You can get the game here!

Similar to Disturbed Friends, this game forces you to make uncomfortable decisions and that involve a variety of weird situations, people, and creatures. Who doesn’t love embarrassing themselves infront of their mates?

Get the game here!