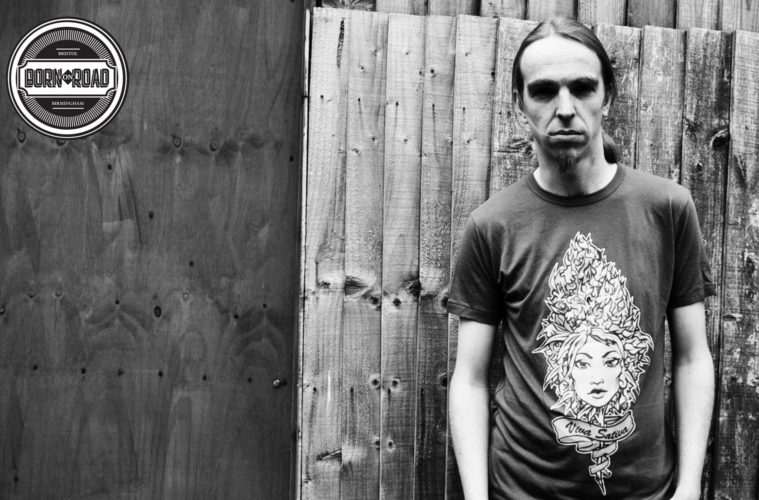 We caught up with a UK based Reggae Jungle DJ and Producer…Aries! He tells us a little bit about himself and his journey into becoming a DJ and Producer!

1.) Hiya! How are things at the moment? Are they good?

Yeah really good thank you. Just been so busy at work but finish tomorrow for Christmas which is good.

I interviewed the Dub Pistols a couple weeks ago! You’re my second interview!

Cool man! I did a mix for Barry’s radios show a couple weeks ago which is about to get aired on there.

Well I used to have a really silly beard and my friends put me on a flyer one day for a gig, they called me ‘the goat’. So I used to be called ‘the goat’. That was basically just a nick name and I was going out DJing with it. A little while down the line I started making music, then I wanted to release. I didn’t want to use the ‘the goat’ so I went for a similar thing. A goat is a four legged animal, so it’s Aries, and Aries is the ram. Which is also my birth sign as well so I figured it was good. That’s why the name came about.

3.) How long have you been DJing and producing music for?

I got into DJing at the end of 1990 and I was about thirteen years old. I was hanging out with my friend who was the year above me at school. He got hold of a radio transmitter and we set up a radio in the family house, up in the loft, which wasn’t very legal because it was obviously a pirate radio station. We did that for fun then discovered loads of other radio stations. We were playing music on those stations and that was it. It kind of sent off from there. I listed to other radio stations, heard rave music at the end of 1990 and I was like what’s this, wow! I started listening to rave more, started going to the record shops finding that music and that’s where it kind of stemmed from. I went through a long period of time on pirate radio stations through the 90’s.

My boyfriend owns a sound system and on the 18th March he’s doing an event at the Black Swan in Bristol, you should come down! It’s a Brains Kan takeover!

Wicked! Yeah I live in Bristol and I’ve played there many times so if I’m not booked up I’ll definitely come down.

4.) So what’s been your best release?

That’s a hard one. The biggest tune I’ve probably ever done is a tune called ‘Herb Smoke’. It came out on vinyl around 2005. A couple of people did a remix of it, one guy called TC, who’s a drum and bass dude he’s pretty big, and another guy called Marcus Visionary also did a mix of it. It’s up on YouTube and had a few million hits on there and still keeps getting played even though it’s kind of an old thing now! That’s definitely the biggest one over the years. It also what got me through to getting radio plays as well. It got played on BBC Radio and it was the first tune that got me noticed. It was definitely an important piece of music along with the journey.

5.) Is there anyone you’d love to work with?

I like working with reggae singers and at the moment I’m liking Chronixx and Protoje. So on the reggae and jungle side of things, those guys would be really cool to get some material made with for sure!

6.) Do you have a favourite DJ/Producer of your own?

I have a few. I really rate Blade Runner and Serum. There are loads, it would be really bad of me to list a few and not list them all. There’s a lot of people! They all make similar kind of music to me and I rate them because it’s the music they make, that I play out when I DJ besides my own music. That’s the main reason! I rate so many different artists for so many different reasons. I rate so many reggae artists as well as I listen to a lot of reggae music.

7.) Where did you grow up and did that have any influence on your music now?

It probably did yeah. I grew up in the Midlands and the closest cities were Birmingham and Wolverhampton which had quite rich pirate radio cultures, music cultures and rave cultures as well. Being in a town just outside of those places I was able to listen to pirate radio and go to the record shops, get the records and get the flyers for the raves. When I became old enough I was able to go to the raves, get involved in going to them and eventually playing at the parties. The area of Birmingham and the Midlands definitely had a strong healthy music scene.

8.) So has anyone really big played your music before?

I’ve had some interesting radio plays before. I’ve had Daddy G from Massive Attack phone me up one day and he has played music which is really cool! Zane Lowe who was pretty popular on Radio 1 some years ago! He played some of my stuff on there and I had some track listings on BBC Radio 1Xtra and stuff like my tune played in the background when the news in being broadcasted, which is a bit of a crazy one. I’ve had some good support over the years. I can’t think of other particular names off my head but there have been some random people.

Very hard question but probably one of my favourites is Boomtown. I’ve been really lucky and had the opportunity to play there on quite a few stages. It’s off the hook! I played at the one just gone in the Hidden Woods on the Thursday night which was absolutely full! I played a full on jungle set, it was awesome! We do another thing with the label Born On Road and we played at Sector 6 on the Sunday afternoon which was crazy awesome! I got to play Glastonbury, that’s pretty cool and played there a few times now. Just awesome vibes. Played at Outlook a few times as well!

I work with a lot of different guys so I get the opportunity to collaborate with a lot of different things. I’ve been working on an album with all the different guys we go out and DJ with or the singers that perform on our sets when we DJ. I’ve put them all together in one pace, all the producers and all the singers. I’ve been working on an album project for the last couple of years so I’ve just been doing that basically. Even back in 1990 to 1991 when I was buying records by Rebel MC and Shut Up And Dance, even the Ragga Twins as well, I now get the opportunity to work with some of these artists like Top Cat again. These are the people I was following through the 90’s and through my musical journey. Now I get the chance to perform sets with them and they enjoy it. If I’m not playing with them, they might stick around and watch my set even though their sets finished, it’s really quite cool to be honest! It’s cool that everybody can get on easy and treat each other with respect.

This album project that I’ve been working on for a couple of years. It’s got loads of things on there, Demolition Man, David Boomah, Navigator, loads of things. There’s collabs on there with Serial Killaz, Jacky Murda, Kelvin 373, Gold Dubs and loads more! That’s the main thing that I’ve been putting my focus in for the last couple of years and that’s due to come out next year.  Got a load of festivals that haven’t been announced yet so I can’t give it all away. But a good handful of them ready for next year! I’m already looking forward to it.

12.) So how did you come about the music you produce?

I followed the whole rave scene the whole way really. From the 90’s it was all one rave scene then it started breaching off. I’ve just continued that journey so I’ve always been into it. It was rave, jungle and then that became drum and bass. I’ve followed that through for twenty years and it’s just a natural progression.

13.) How would you describe your own music?

I make reggae, ragga, jungle and drum and bass. The raggery reggae sort of stuff!

Check out his one of his number one tunes ‘Herb Smoke’ and for more information check out his official website: http://www.ariesdubs.com/