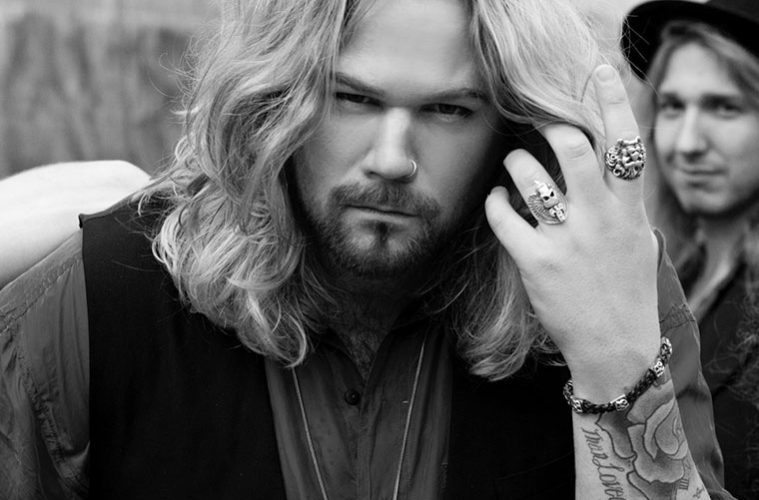 We caught up with British hard rock band ‘Inglorious’ frontman, Nathan James to talk about their upcoming album, festivals, and working with Kevin Shirley…

My dad originally. He has an awesome record collection, everything from Rainbow to Ice T, Guns N’ Roses to Morrissey. I loved that rock was hard to sing and it’s sexy as hell.

3.)    Who/what inspired you to become a musician?

It’s genuinely all I am good at…I had no other talent. I’m not particularly intelligent (as you may have picked up on from my dodgy grammar). I love singing, I love how rock takes my whole body to get right. It’s so intense and passionate. I also wanted to travel the world for free and I have done.

4.)    I saw you guys give bloody amazing performances at Download festival and Ramblin’ Man Fair! How does it feel playing at some of the biggest festivals in the UK?

Insane! Last year was our first year with an album out. It was kinda crazy seeing that many people and hearing them sing my lyrics back at us. Words I wrote in my bedroom. That is a feeling I will never forget.

5.)    What can we expect from your next album and how does it differ to your debut album?

The second album is not my writing debut so hopefully I have become a better writer. We also recorded at a world class studio, Parr st in Liverpool ( Coldplay recorded clocks there). It’s big bluesy, ballsy classic rock like the first, but this one sounds more mature and more expensive…because it was ha ha!

Amazing! He has worked with so many legends! Iron Maiden, Aerosmith, Led Zeppelin to name a few. The best thing was that he really enjoyed our music and our production, which we do ourselves. We play live in the studio to capture that energy and he has really bought that out in his mixes. He also texts me awesome compliments that I will never delete from my phone.

7.)    What advice would you give to aspiring musicians who have a love for Hard Rock?

Practice. Be the best. Never get complacent. Also playing/singing is 30 percent of what you need to be in a band. Respect, determination, focus and a good attitude are just as important . I am so lucky to be in a band with some of the best musicians in the world but above all that they are good, hard working people that all share the same goal as me.

8.)    Other than the new album, what else does the future hold for Inglorious?

Well first off, we are playing the Monsters of Rock cruise in America this February then a busy festival season and our own headline tour to coincide with the new album. Also hopefully some big support dates for summer/autumn…