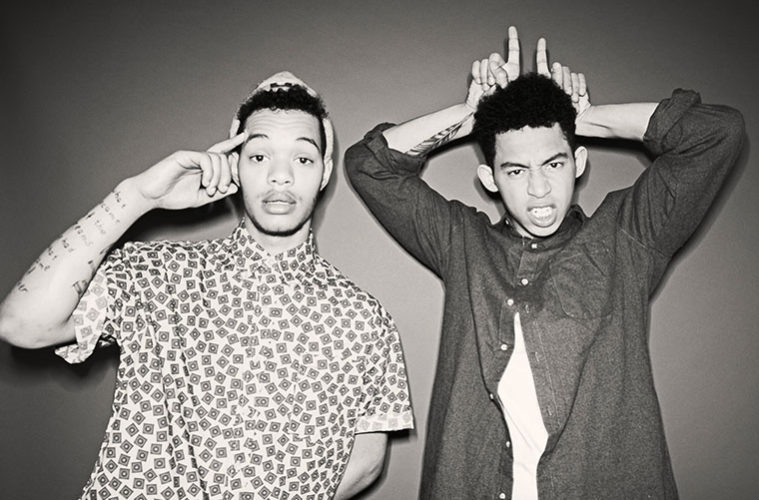 After a few years away on hiatus, Rizzle Kicks are back and we got to speak with Harley Sylvester about their solo projects, time away and what‘s coming up!

1.) So Rizzle Kicks have been on a break for a while now, what have you been up to?

Umm, what have we been up to over the past few years? We’ve been doing bits and bobs, we’ve been doing acting, some solo projects and travelling… After 3 or 4 years of being in the pop world, it was either continue in this world and lose our minds, or take a little break and really figure out our head space, because it’s a crazy little world! So, we thought ‘let’s just have a little hiatus for a while and grow up a little bit’.

2.) Your side project is Jimi Charles Moody, it’s a very different genre to Rizzle Kicks, is this something you prefer to play or just something you wanted to experiment with?

It’s just something different. When I decided to write some solo music that kind of just what came out. I’ve always been into blues, jazz and rock music and I guess that was just a hybrid of all of those genres in a way. It’s going really well so we’ll see what happens with it.

3.) Will both of your solo projects be continued alongside Rizzle Kicks?

It’ll be nice to try and coincide the two but I also realise how it’d be really difficult, because all of our attention is on Rizzle Kicks at the moment and they’re completely different mindsets. When I work with Jimi I’m in a completely different zone to when I work with Rizzle, so I think it’ll be very difficult to separate the two. I feel like I need to focus on just one and that’s what we are doing with Rizzle Kicks for a while, but Jimi is always there, he’s already built up a fan base and he’s actually doing really well overseas.

4.) Has anything changed with Rizzle Kicks now you’re back?

We are still in that same mindset of we don’t want to take ourselves too seriously, but we also want to say more, and I feel like we’ve come back into a pop world which has essentially lost a lot of personality. There’s a lot of people with voices that are talking about sh*t and now it’s desaturated. I feel like we want to come back and do a lot of social commentary and just open people’s eyes a little bit.

5.) You’ve just released the music videos for ‘Everyone’s Dead’ and ‘Always Late’, are these both songs that will be used on an upcoming album?

Yeah they’re definitely going to be on an album for sure.

6.) Do you have a completed album or is it still in progress?

It’s getting there, it’s definitely getting there. We started writing a while ago and we kind of changed what we were doing half way through so we had to rework a lot of things.

7.) You’re going on tour in November/December, what can fans expect from these shows?

We’ve always tried to give as much energy as possible; you can come to a Rizzle Kicks show even if you don’t necessarily like our music, because you can appreciate how much effort we put in. A lot of sweat, out-of-breath breaks and loads of fun.

8.) What helps you get through a long tour?

We have the same band since we played our first ever show, and they’re our best friends! We just have a lot of fun and see each other outside of touring. They’re not just a session band; they’re our best friends so that makes it a lot easier. The whole thing is like a family from the tour manager to the guitar tech, it’s a big family inside and outside of a tour. It’s very pleasurable to be honest; it’s not stressful at all.

9.) Going back to your last album, you worked with Go Think Big to give young people the chance to gain experience on the set of your music video, is this something you’d do again?

So we are going to go through some favourite things now…

10.) Favourite song at the moment?

The Bird by Anderson Paak.

The Miseducation of Lauryn Hill probably… There’s so many I don’t know.

15.) If you had to describe your personality using any song, what would it be?

Umm, Put Your Records On by Corinne Bailey Rae.

Thank you for the chat! Bye!

Check out their track ‘Down With The Trumpets’