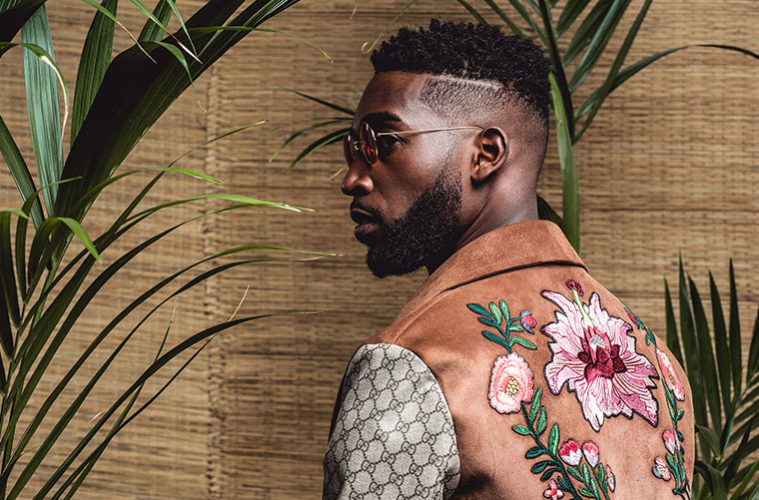 Check out our interview with Tinie Tempah!

1.) Your new album ‘Youth’ came out on the 16th of September. How would you say it differs from your previous albums?

I’d say that it definitely differs, in the sense that I 100% know what I’m doing a lot more now than I did at the start. I understand myself as an artist a bit more and I know what I have to offer.

The vibe of every track is basically a summer; I tried to make the album like all the summers that I was experiencing around the world. (What a summer feels like in Spain, Paris, and London etc.) Each song should feel like a different summer in a different country or city, that’s the main reason that it’s different – and then I guess now there is more of a message.

Now I feel like ‘Youth’ has more of a sentiment and message, just in the sense that I feel like what happened in my life was quite lucky. As a young black kid from a council estate who didn’t have much, wasn’t privileged, and had no inheritance, I think that I have done quite well. So, I want to be able to leave a message for those that have grown up in a similar way – from whatever background – to let them know that it’s possible, and tell them my story with the hope that it will inspire them.

2.) Awh that’s lovely! What is the process of recording an album like? Does it take long?

Yeah, ‘Not Letting Go’ was my first song off that album and that came out like a year ago now, so I’ve literally been working on it since then! It’s layers and layers; I’ve basically made three albums. You make an album, play it to everyone, you listen back to it in a couple of weeks, and then one song doesn’t sound as good or as current as the rest and before you know it, you’ve made three versions of an album.

We’ve got a really incredible set up in Greenwich – which is where I’m from – and we have two studios and invite literally everyone – guitarists, drummers, we had a mariachi band, different singers to those who are on the album and those who aren’t. (So like Jake Bugg, Bipolar Sunshine, Zara Larsson and Wizkid.) They all come in to the studio and we have popcorn and Hennessy, and everyone just has a good time.

3.) Who has been your favourite collab so far?

I’ve got something with Jake Bugg at the moment which is really exciting. I like him because. like me, he was born in an area which I’m not sure would’ve been that easy for him, and he seems like he’s had a regular upbringing. When he came to my studio the first time, he brought a 6 pack of Stella Artois and was like “let’s just sit down and listen to music”. Usually you don’t feel that attitude in the studio unless it’s a pop diva, superstar DJ or quirky producer – so it was nice to meet a full artist who makes music right. We had a similar story to tell and made a meaningful record as well.

4.) You and Jake Bugg are two very different artists – did the two genres come together well?

Yeah definitely, and it took a while. One thing I respect about Jake is that when he came through, we didn’t do the song straight away, he came to the studio on 3 occasions with his Stella Artois (sometimes vodka), and we’d chill out and he’d just catch his own vibe. After the first session he was like “yeah I’m ready, I’m up for it!” and the whole thing just felt very real.

5.) You’re playing KISS Haunted House Party at Wembley Arena on the 27th of October, how does it feel to play arenas?

I’ve played it before and I love it. Wembley Arena is one of those places where, when you were growing up, you’d always see the biggest bands and artists playing – so when given the opportunity to play there, it feels phenomenal. I try to make the show as crazy as it can be, and try to outdo my last show.

6.) You’re also going to be touring Europe. What is the best thing about travelling around for shows?

Probably meeting different fans – meeting people who are in to your music but aren’t necessarily from the same place as you – that’s quite cool. You experience things, gain knowledge, become more cultured, try different food, make new friends, and meet new musicians. What a lot of people don’t realise is that even with this whole YouTube culture, there are so many incredible artists doing well. When we went to Holland, I met this rapper called Lil Kleine. We are really good friends now and if I had never travelled, we wouldn’t know each other. There are so many benefits, and I love that doing what I love has given me a chance to see the world. They say that if you do a job you love, then you never really have to work a day of your life. That’s what it feels like.

7.) Do you get much time to actually go out and explore these cities?

It all depends; let me try to break it down. When you’re an up and coming artist and you haven’t got loads going on, then yes. There’s an opportunity to see the city, and go a few days in advance – if you can afford it. When you’re at the middle stage and you’re getting bigger, your schedule’s a bit more frantic and you don’t have much time to go out. I’m guessing that when you hit your pinnacle, you have the means to just stay somewhere for longer. This is me just assuming from what I’ve seen from other artists as well, but when you’re that big you can just stay wherever you want.

8.) You got really good grades in school but didn’t attend university – do you regret not going?

Aw thanks, I didn’t think that they were that great but no, I’m not going to lie. I know this is The Student Pocket Guide, but I don’t regret not going. I think it’s great if you have to have a certain qualification to do something, but for me I never needed that. I didn’t need my grades to allow me to make music. I didn’t need to show anyone my CV.

9.) Do you find it hard to run a label, make your own music and tour all at once? Do you get much time to just chill out?

You should answer this one.

I can imagine not much time at all.

It’s one of the hardest things in the world, but just the fact that I get to do
what I love whilst also creating that opportunity for others is great.
For example, the guy who made the beat for ‘Girls Like’, he’s a new producer
who I have signed, and the last thing he did before that was for Section Boyz. He made ‘Trapping Ain’t Dead’ and a few of their songs, so to be able to meet someone like that and bring them into my world and give them an opportunity like that, is one of the best things in the world. So yeah, it’s hard, but because I’m doing one of the things I love, I’m really happy with that. Everyone works hard, whether they work in an office, or they’re a teacher, accountant, or a lawyer.

10.) Can you go out without people constantly coming up to you?

I think I kind of screwed myself with that line “everywhere I go people want a photo” because as soon as I said that, literally everywhere I go, someone wants a photo. It could be an old lady, a young kid, a cat, a dog, anyone.

11.) What’s been your weirdest fan experience?

Good question – I always tell this story – but we used to have a fan who would always wait outside when I was doing my first tour. They’d always be at the city before me, and they’d be the first one there. She was so much of a fan that we ended up offering her a job, and she ended up running my website for a while because literally she could find a picture of me before I even knew the picture existed, or she’d know mad facts about my life that I didn’t even know, so I was like “hey you’re better than everyone else at doing the job so you might as well come and work”. That’s probably been the weirdest.

12.) Tell me something not many people know about you.

I can do a pretty mean headstand.

I used to be able to do headstands, but not anymore!

You’ve got to keep practising!

13.) What advice would you give to students who may be unsure of what exactly they want from their future?

The main thing I would say is don’t panic; don’t let it bog you down. There are greater stresses to come in life, trust me. As long as you are around a good set of people who motivate you and show you new things, then you will be fine! Enjoy your youth! Enjoy the fact that your biggest worry is what you’re going to do in the future. That’s nothing to worry about! There are so many ways for people to do what they want to do. If you are a bit unsure or lost, anyone who you respect or admire, tweet them. You could tweet Alan Sugar and he’s quite likely to respond so get creative with it and have fun.

14.) What’s your most embarrassing moment?

I’m quite fortunate that I haven’t had one yet.

Tour the album, which will be amazing. We are going around Europe.
Some interesting things will be closing early next year!

It’s all good thank you! Bye!