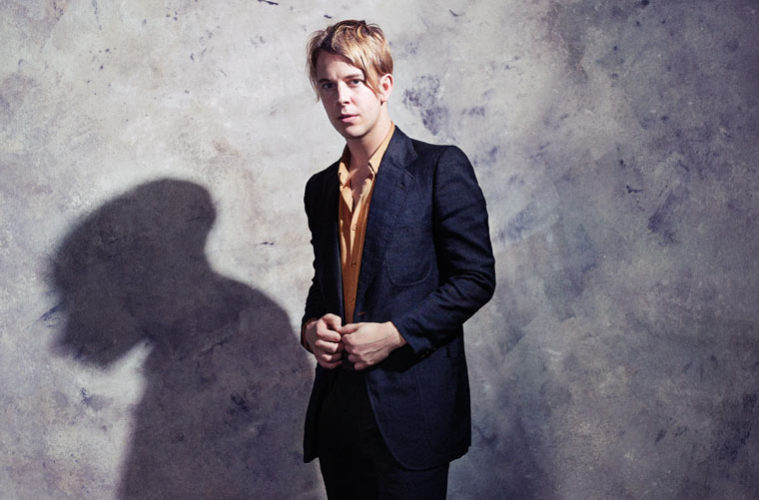 We sat down and spoke with singer-songwriter Tom Odell following the release of his most recent album ‘Wrong Crowd’, which was released on the 10th June 2016 and includes singles such as ‘Magnetised’, ‘Here I Am’ and title track ‘Wrong Crowd’. Read on as we speak about winning an Ivor Novello award, peppermint tea and why he owns a giant painting of himself…

Hi Tom, we are going to start from the beginning…

1.) From what point in your life did you realise you wanted to sing?

I was always song writing and the singing came afterwards. I had all these songs that I’d written but I didn’t really have anyone to sing them to. So that’s kind of why I started singing. That was when I was about 15.

2.) Is there anything that helps you with the writing process?

Yeah, I find it’s good to read a lot, watch films and go to art galleries. I think it’s good to indulge in some art, whether it’s music, film or whatever. Just absorb art because that’s inspiring. Reading I think is good because it gets the written word side of your brain active.

4.) Do you write the music as well or just lyrics?

The music and the lyrics come at the same time, that’s when they’re the most successful. With Wrong Crowd the lyrics came first and the music came after.

5.) So how does your new album ‘Wrong Crowd’ differ from ‘Long Way Down’?

Wrong Crowd is still like Long Way Down, as it’s very lyrically led, but I think it’s richer musically and it goes to a few different places. It’s a great band that plays on the album with me and I’m really proud of it. I think it’s a much better album.

6.) Where did you find your inspiration for the album?

Sort of here, there and everywhere. I think a lot of it came from experiences that I’ve had, and books I’ve read. The imagination in some ways as well.

7.) What’s your favourite song from the album?

I love them equally.

9.) Lily Allen compared you to a young David Bowie, what was your reaction to that?

I mean, I don’t know, you get comparisons a lot but you know, I was flattered but I took it with a pinch of salt.

10.) Fair enough! Do you still get nervous when you perform shows?

I think once I’m into a tour and you’re playing every night I’m sort of fine, but I always get nervous when I play in London because I’ve got a lot of friends that come down, and that always makes me nervous when I know people in the audience. I think there’s always a sense of nerves, I think it’s important that they’re there because it makes the performance a bit more present and you feel more in it.

11.) Out of everything you’ve done, what is your favourite achievement?

When I was 15 I read about the Ivor Novellos and remember dreaming that it would be amazing to win one of those. A couple of years ago I won song writer of the year. It meant a lot to me because it’s voted for by other song writers, a lot of whom I admire and are the reason I do it in the first place. It was one of those childhood dreams that I was very proud to win.

12.) Is there anything you haven’t achieved that you’d like to?

I want to make as many albums as I can! There are a million songs that I haven’t written yet and want to write. There are a lot of songs on the tip of my tongue. It can be frustrating, I just want to get them all out as fast as possible but it takes time.

13.) So are you constantly writing then?

I try and write every day or every other day, at least some words and then when I find a piano I’m able to sit down and write properly, but not every day am I near a piano.