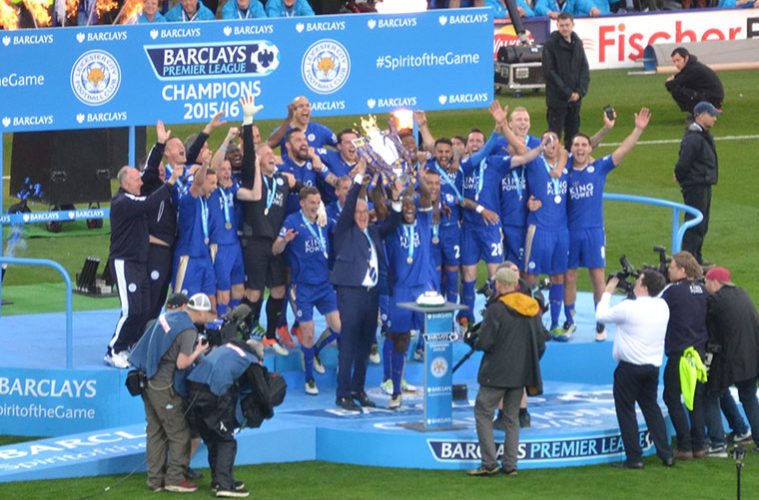 Despite Leicester’s heroic story and Premier League winning campaign last season, none of their players feature in FIFA’s world XI.

Riyad Mahrez. Jamie Vardy. N’golo Kanté. All Premier League winners last year, but there was no place for any of them in the 2016 FIFPro World XI on Monday the 9th of January. Arguably the best players in the ‘Best League in the World™’, yet not deemed worthy enough to grace the halls of Switzerland on Monday.

Instead, it was the familiar faces of Lionel Messi and Cristiano Ronaldo et al that lined up in the forward positions, with Toni Kroos taking Kanté’s holding role in midfield. Four players were from Barcelona, five from Real Madrid, with only Manuel Neuer and Dani Alves plying their trade outside of La Liga.

Mahrez and Vardy, you could argue, justify inclusion but cannot complain about being pipped to the starting XI by Ballon d’Or winners. However, Kanté’s absence is slightly more puzzling. With him, Leicester won an unbelievable first Premier League title. Without, they are struggling and meandering closer to the relegation zone than the Champions League spots. His performances earned him a move to Chelsea, who appear to have the capabilities to run away with the league despite their 10th place finish last year. Incredibly, Kanté’s side are only one point away from eclipsing their total points tally for 2015-16 already.

Maybe Antonio Conte’s fresh approach and his 3-4-3 is the reason for their success, after Jose Mourinho departed having ‘lost the dressing room.’ For some, the resurgence is due to another man. A diminutive Frenchman who, before 2015, had not made a single appearance for his adopted nation and instead was flirting with the idea of representing his parents’ Mali. Now, just over 17 months after he signed for Leicester for a paltry £5m, he has 13 senior appearances for France, a Premier League winner’s medal, a runners-up medal from Euro 2016 and a place in the PFA Team of the Year in his trophy cabinet.

The rise of N’golo Kanté is a remarkable one. A good player plays well. A brilliant player makes his teammates play well. Kanté falls into the latter category. Arguably he does not have the technical abilities of Toni Kroos, but for the title of the best midfielder of 2016, it is the man in blue who is higher up in the discussion than the Los Blancos man.

Are you surprised that there are zero Premier League players in the FIFPro World XI?