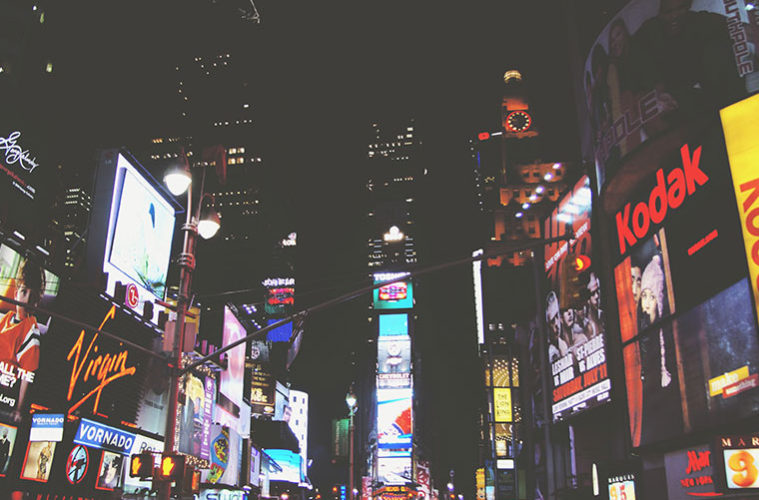 Online Visual Media Is Taking Over The World

You’ve probably noticed your Facebook feed fill up with video over the past two years. It’s because online visual media is taking over the world, literally!

It’s to no one’s surprise that video is the most popular medium today. It’s everywhere you look and if you’re anything like me you probably spend hours a week on YouTube.

Video has always been a very powerful and impactful way to get your point across, hence why people are generally left sobbing at the end of water aid TV adverts.

There are a limited few places for businesses to advertise themselves through video, however they can reach out to many people through these channels.

TV advertisement has been around for 50+ years and is still going (fairly) strong today. But timing is crucial here, promoting your business at 1am on a Monday morning could leave you out of pocket. The alternative to this isn’t much better, unless you’re willing to invest thousands in a prime-time spot. Here’s the ITV pricing guide – http://www.itvmedia.co.uk/files/2514/5675/1084/ITV_Spot_Costs_-_2016.pdf

TV ad statistics can also be inaccurate. If you’re promised that 100,000 people view your advert but only half that number do, you’re out of luck.

The most popular way to advertise today (especially through video) is online. You can pretty much run an ad on any social network. Unlike TV you can target very specific audiences, for example if I ran a sportswear company for young men I could choose to target males aged 18-25 who live in any specific area that are interested in sportswear. I could then set to target this demographic between the hours of 12pm and 6pm.

When advertising on YouTube/Google you only pay for the number of people your advert reaches, this meaning you know you’re getting your monies worth. This is great for start-up businesses like my own (The Visual Edge) as I can choose to target a few thousand people in the Norfolk area for a small sum of money. Once my business grows I can expand my reach and invest more.

In a study YouTube concluded that at current spend levels, it delivers higher return on investment than TV in 77% of cases – Marketing Week

It’s clear that online advertisement (video in particular) is surpassing Television advertisement. I think we’re all excited to see what the future holds…

Check out my latest project – http://www.tvemedia.co.uk/collier-turf-care