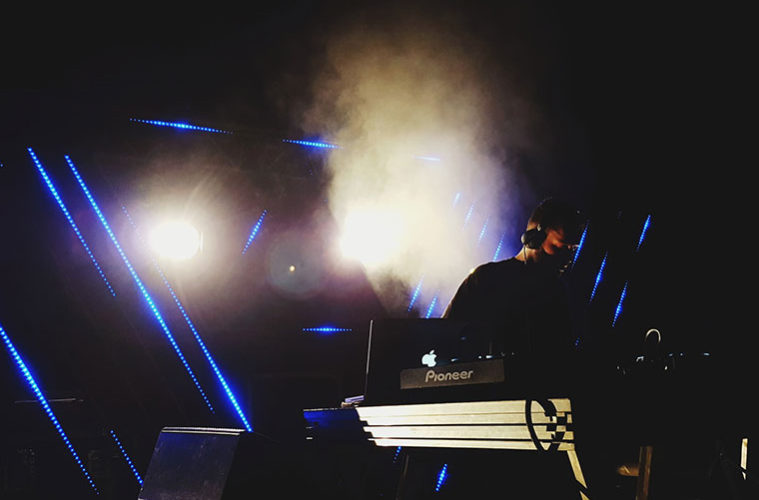 Congratulations, at long last you’ve made it to uni. But before you’re up to your neck in assignments, you will first partake in what’s known as ‘Freshers’. If you consider yourself prepared for this week of mayhem and drunken disorder, I can assure you – you’re not. During this time you will come across all walks of life, the type of folk you will only ever witness at this time of year at university and no-one can prepare you for what you’re about to encounter.

Regardless of the music genre you prefer, every club will have DJs roaming around. You’ll spot them at pre-drinks, he’s the one eager to connect his iPhone to the speakers and in the club you’ll find him lurking around the DJ booth, wearing funky attire from his mate’s up-and-coming fashion range. It’s highly likely that he’ll reply with ‘safe’ when you say hi and he’ll claim he actually used to play his set at this time on a Friday at this club, although when you ask why he doesn’t anymore he can’t answer. The rest of the conversation will most likely involve him mentioning how he heard the current track playing in a club during his season in Ibiza. Don’t bother telling him you’ve heard the track before… He heard it first, before you, before anyone. You must also be wary of his very opinionated views when it comes to the songs being played in the club, it will either be too mainstream or a banging new exclusive record – don’t disagree with him, you’ll lose every time. The conversation will most likely end with ‘follow me on Sound Cloud’. Don’t be confused, it’s just a DJ code word for goodbye.

These are the older students who lure innocent freshers into their clubs. You can spot a promoter a mile away by the trail of £1 shot stickers they leave behind them, as they patrol the streets armed with special offer flyers. Be prepared for them to entice you with an offer of a ‘queue jump’ a.k.a. ‘follow me I’ll take you straight to the bar’. This is the moment in your life as a fresher where you will find out that in order to earn your ‘free shot’ you will most likely have to firstly buy several Jager Bombs and a round of drinks from the cocktail menu. By which time, the guy who promised you a ‘proper mint night’ has vanished into the mist of the fog machines, leaving you accompanied by an impatient bar girl forcing a card machine in your direction. You will soon learn to never catch eye contact with promoters again.

They will come equipped with a crate of Strongbow Dark Fruit and enough banter to last the full year, and it’s almost guaranteed that he’s either a football or rugby player. This type of adolescent is likely to be spotted in the club and rarely in lectures, but either way superglued by the shoulder to a heard of approximately 20 other similar species, who refer to each other as ‘the lads’. Their mating call is a wolf whistle, of course there is no actual dialect involved as these are the type that are yet to learn the art of conversing with the opposite sex. Their main hobbies include chanting and downing pints. By the end of the night it is guaranteed they will all stumble to the kebab shop telling tales of how they ‘pulled a 10 out of 10 bird’ even though no-one actually witnessed it.

These young ladies absolutely love life. It is extremely rare to see this sort of girl with the same outfit on twice, and they will always leave you questioning how on earth their makeup looks so good. They’ll spend 90% of their night out in the toilet, where their main pastimes will involve selfie taking and applying contour. The only time these girls will converse with you is if you show any signs of owning Mac lipstick which they’ll ask to borrow. You will then probably take a snapchat with your new found best friend / idol and then she’ll strut away holding hands with a chain of several other giggling girlies. You may bump into this girl again, but it’s almost guaranteed she will have no recollection of who you are.