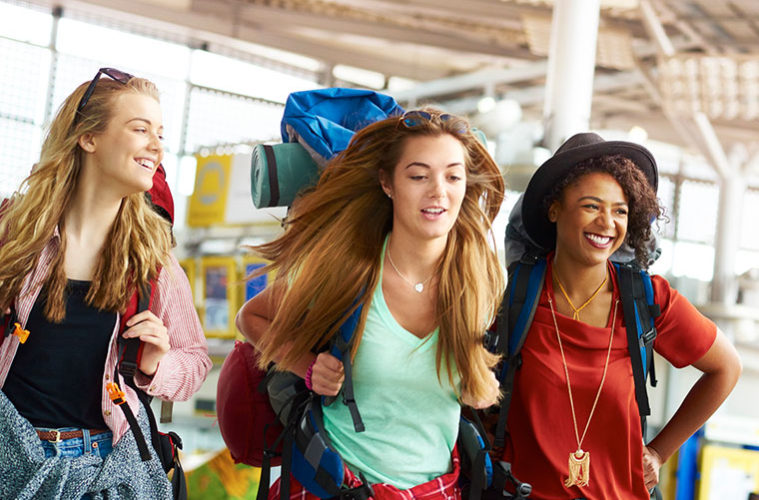 The World’s Most Luxurious Gap-Year Journey

A UK-based cruise company has launched the world’s most luxurious gap year package, giving students the chance to swap back-packs and hostels for ultimate comfort.

The holiday is a round-the-world cruise specifically tailored to wanderlust students and takes in all the staple back-packing destinations, including Australia, New Zealand and Southeast Asia.

Designed by UK cruise specialists, Bolsover Cruise Club, to offer an alternative to the stereotypical “year-out” spent living in shared hostel rooms, the 15-country, 60,000 miles, voyage represents the ultimate in student travel and will cost £46,600.

For this, travellers will be offered the usual gap-year opportunities to find oneself, have once-in-a-lifetime experiences and broaden cultural horizons, all while enjoying a life of luxury aboard some of the world’s most impressive cruise liners.

NUS cards, or any other form of student card, will not be accepted for discount purposes, however.

The cruise, which spans six continents and sees travellers experience eleven different cruise ships, sets sail outside of the academic year, in July 2017, and is available to students of all ages including both under and postgraduates. Students are advised to defer a year of study to ensure deadlines are not missed.

Voyagers will begin their unique journey to self-discovery in Paris before heading north to take in the Arctic scenery of the Norwegian fjords, Iceland and Alaska. They will then head to the tropics in the form of Honolulu, Hawaii, where revision and dissertations will seem like an ocean away as they luau on its exotic beaches.

The cruise then sails across the Pacific to New Zealand, before heading across to what is without question prime gap-year territory in Australia for stop-overs including both Perth and Sydney.

The epic journey continues with a tour of Southeast Asia, in: Hong Kong, Vietnam, Singapore, Bangkok and Cambodia. It’s then on to Japan and Shanghai, China for the student voyagers, taking in marvels such as the bright lights of Tokyo and The Great Wall, along the way.

Not over yet, the cruise rounds off with stops in South Africa and Buenos Aires before ticking off the perennial bucket-list fixture that is Peru’s Machu Picchu.

Students interested in the gap-year cruise can apply for more information on this deluxe package, here.

Michael Wilson, Managing Director of Bolsover Cruise Club, said: “Forget hostels, part-time jobs in bars and long bus journeys, our gap year holiday is the ultimate way a student can see the world in their year out.

“We launched this cruise because we feel there aren’t any other comprehensive luxury options for students to see the likes of Machu Picchu, Sydney, Vietnam and Bangkok all in one package.

“We’re excited to be able to give students some unforgettable experiences around the world that will stay with them for the rest of their lives – and the only fruit they’ll have to worry about picking will be from the buffet counter.

“We feel confident in saying that our luxury gap year offering is top of the class – if gap years are universities then we’re launching Cambridge!”