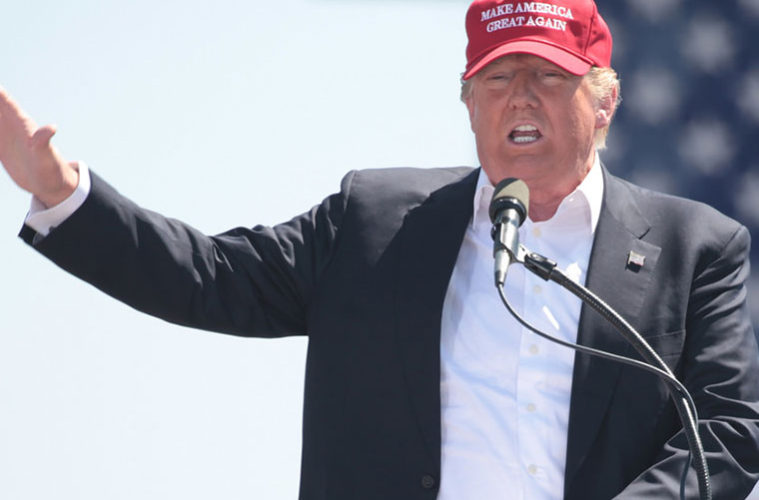 Donald Trump has done it. Last Friday, he put pen to paper and swiftly banned more than 134 million people from entering the United States of America.

The ‘temporary’ ban will stop citizens of seven Muslim-majority countries from entering the US for the next 90 days. A senior White House official was quoted as saying this is likely to be just the first step towards enforcing a broader ban.

I and a group of my friends are set to head to Orlando, Florida in March for wrestling’s show of all shows, Wrestlemania. One of my friends happens to be a British Muslim. On Sunday morning I was devastated as he confessed to me that he was ‘terrified’ at the prospect of getting there and being deported.

As it stands, he will be fine. He does not have dual-citizenship, nor are his parents from any of the seven countries that have been banned. He finally calmed down as I linked him to a number of articles about the ban.

However, one of our national treasures has been effected by the ban. Sir Mo Farah, one of our many Olympic hero’s, has had to tell his children ‘Daddy might not be able to come home’.

Sir Mo Farah has lived and worked in the US for the past 6 years, and has now been told he and his family may not be welcome in the place they call home.

In a Facebook post sent out on Sunday afternoon, Sir Mo Farah described his story of coming to England. Arriving at the age of eight, being accepted and given the opportunity to realise this dreams. 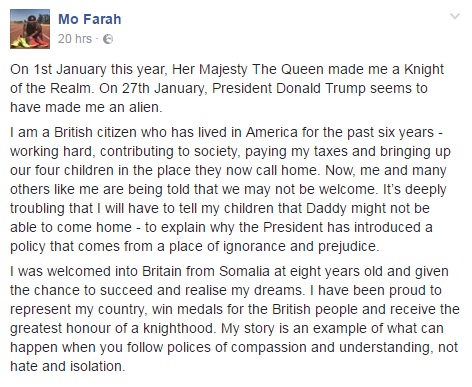 Sir Mo’s story is how it should be. Not the hate-filled, racist mess that Donald Trump is trying to make the US.

On a brighter note, however, many of the world’s powerhouses have released statements of concern over the ban. These include the French president, and the tech giant, Google, who said this ban could prevent their skilled workers doing their jobs.

I’d like to polish this off with a nice heart-warming message about how everything is going to be okay… But frankly, Trump is horrendously unpredictable, so who knows!?