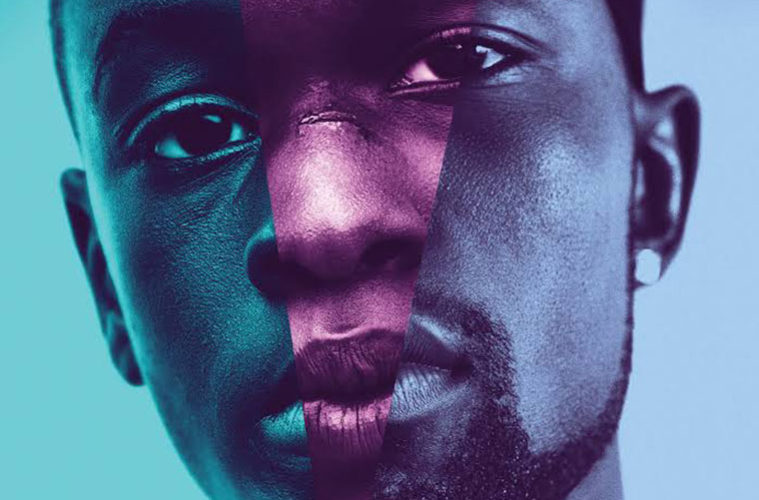 There aren’t many films which star little to no white actors. It’s surprisingly refreshing to see a film full of black actors that isn’t about slavery. As much as slavery films are often very poignant and tell stories which are important and need to be told, to see black leads only is these films is a great misuse of talent. We need black actors in all sorts of roles, the leads, the supporting roles, the extras, the production staff, the writers and the directors.  When this happens subconsciously we’ve achieved equality.

Now we’ve addressed the political importance of the film, we can focus on it for the beautiful artwork it is. Moonlight follows the life of Chiron from his childhood, through to teenage years and adulthood (played by Alex Hibbert, Ashton Sanders & Trevante Rhodes, respectively). Split into those three sections, we begin with ‘i. Little’. Chiron is given this nickname due to him being quiet and unsurprisingly ‘little’. He lives with his mother, Paula (Naomie Harris) who is a drug addict and verbally abuses Chiron frequently. Drug dealer, Juan (Mahershala Ali) gives a brilliant performance as Chiron’s father figure. He finds Chiron hiding from a group of bullies and they become close. Juan nurtures their bond and teaches Chiron to swim. The swimming scenes seem so fresh and new yet have such an experienced quality to them. It’s as though cinematographer, James Laxton has just picked up a camera and filmed something so authentic, natural and real.

Much of the beauty of the film comes from the cinematography and sound. The classical music is definitely not what an audience would expect from a film of this content, however it fits perfectly and is a technique I guarantee will be replicated by many filmmakers to come. The repetitive use of ocean sounds is calming and the beach is symbol of Chiron feeling like he belongs, a place where he feels free and sure of his identity.

The film doesn’t force the audience to buy into a narrative like much of Hollywood nowadays, it isn’t plot driven. Moonlight meanders through the life of a young man and in the third section ‘iii. Black’ as Chiron is now known, we see why he acts the way he does. It’s an exploration of humanity and growing up, no matter how small and insignificant an action may seem in childhood, this action may manifest itself as something key to one’s personality and character when they grow older. We care about Chiron and we’ve seen his struggles. The film is very open ended; we aren’t sure what’s going to happen to our protagonist in the future, but we’re given a hint of positivity and promise, leaving us with the hope that it receives what it deserves at the Academy Awards.