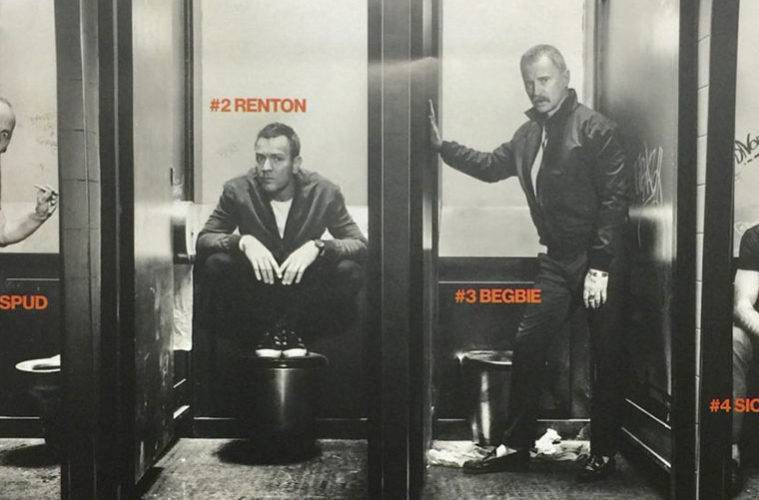 Not only was this to be the follow up to one of the most loved, most acclaimed films in recent history, they also had to follow up the soundtrack. A collection of tracks that included both songs that summed up the atmosphere of the film, such as Iggy Pop’s Lust For Life, to tracks that summed up the atmosphere of the era, like the much loved Born Slippy by Underworld.

In the same way that the film itself takes the central premise from the original Trainspotting and attempts to modernise it, the soundtrack goes for the same approach. Where the original soundtrack helped to further the careers of bands such as Sleeper and Elastica, the soundtrack for T2 has gone for the same approach with the more modern songs found on the album, from the hauntingly beautiful Silk by indie rockers Wolf Alice, to the drugged up energy of Fat White Family’s Whitest Boy On The Beach, perhaps the one song on the soundtrack most in line with the films atmosphere, and the song most likely to have fit in easily on the original Trainspotting soundtrack.

Perhaps the most compelling part of the soundtrack for T2 is its explicit nods to the original soundtrack. Lust For Life’s already fast-paced liveliness is turned up to 11 with a new remix by dance heroes The Prodigy, and does a superb job as the album’s opening track. Conversely, the remix of Born Slippy, a song inseparable from its association with the original film, is slowed down immensely, to the point where it is almost unrecognisable from the original. The result is a cold, almost metallic reinterpretation of the classic song, a song that can stand alone as a wonderfully eerie piece of music, and a fitting closing track for the album.

So, does the T2 soundtrack live up to the precedent set by the seminal original? Well, not quite. While the album itself is an enjoyable listen, the fact there isn’t really a British music scene for it to set itself within, like the original did with Britpop, works against it. But, still, undeniably, it’s a damn good collection of songs in its own right, and does honour the original well, even if it can’t quite eclipse it.