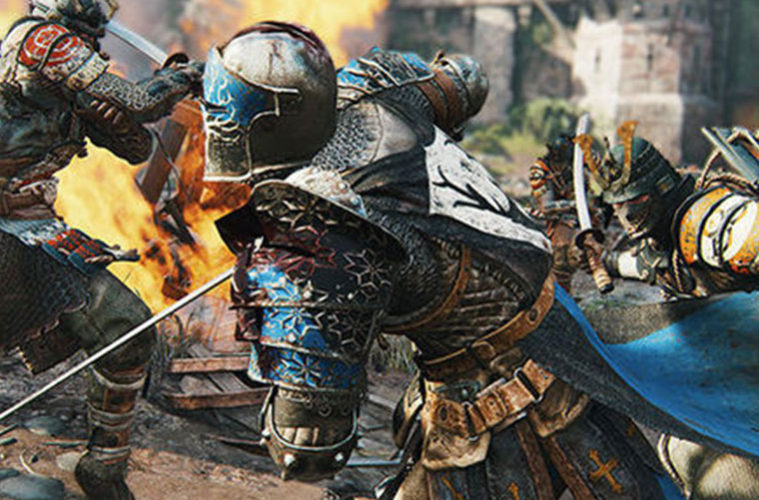 The open beta for Ubisoft’s highly anticipated video game For Honor was available over the weekend and, if it is anything to go by, we could be set for one hell of a ride.

Too often has combat been reduced to slash and dashing, button bashing contests which involve a lot of luck and a mere ounce of skill. But For Honor is one of the best fighting games that I have played in a long time.

The faction setup is intriguing, allowing players to be recruited by either the Vikings, the Knights or the Samurai. Within those, players are able to select a variety of character classes, each with different weapons and physiques which will alter the way each class should be played.

Around 3 million players logged into the beta across all platforms over the weekend to get a taste of one of the hottest upcoming games and it is easy to see why.

The cinematic trailers alone were enough to have me hooked and, having missed the initial fanfare hype of the closed beta a few weeks ago, I was eager to get stuck into a game that I had admittedly seen very little in the means of actual gameplay footage.

Upon launching into the open beta over the weekend, however, a friend of mine stated that the graphics and overall visual aesthetic of the pre-main menu cinematic footage was impressive, yet he initially doubted the ability of the in-game engine to fulfill such beautiful visuals. He was wrong. The visuals were crisp and clean, not too easy for a game which involves constant movement, chinking and clashing.

Another of my friend’s tentative deliberations was the potential for the game to quickly become stale – another game bought with immense promise and ultimately left at the very bottom of games pile. Titles such as Brink, Homefront and Call of Duty: Ghosts immediately come to mind.

Notice that all three of these games are shooters – typically renowned for reproducing the same content in a slightly revamped style each time. Meanwhile, For Honor takes some of the core aspects of the shooter games which the majority of hardcore gamers will have played – such as team deathmatch and domination game modes, a character class system and so on – and added their own unique twist on proceedings.

For example, the tactical nature prevents the game from becoming just another hack and slash game whereby repeatedly attacking the opponent is the best way to win a game. It also enables an interesting one-on-one game mode, entitled Duel, which actually feels rather apt considering the sparring nature of the game.

Furthermore, Ubisoft have taken game modes like Conquest from the successful Battlefield franchise and transformed it into something greater – beyond the in-game battles, there is a larger, ever-changing gaming dynamic in which each of the factions’ players ultimately dictate the overall world map by conquering or relinquishing territory.

With this formula, Ubisoft could genuinely be in consideration for a game of the year award win, so long as they keep the game fresh and provide regular enough updates.