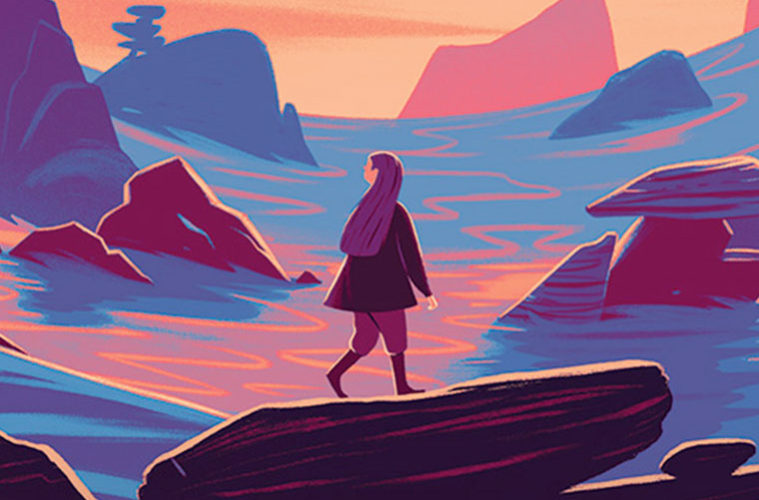 The past few years have been a period of transition for Elbow. Since their last album, The Take Off and Landing of Everything, gave them their first number one back in 2014, the band have released an EP, had lead singer Guy Garvey release a genre hopping solo album, and seen drummer Richard Jupp leave the band.

So, you’d be forgiven for expecting that the band’s first effort as a four piece could signal a change in direction for the Mancunian group. However, Little Fictions continues to iterate on the formula set out on the band’s most recent releases, 2011’s Build A Rocket Boys! and the aforementioned The Take Off and Landing of Everything, and while there’s nothing here that stands out as a quantum leap into the unknown for the band, there’s a pleasing familiarity to the rhythmic sounds that can be found.

Elbow are a band now who know exactly what they are doing, and seem comfortable doing so without feeling stale. The short, but sweet tracks such as Montparnasse contain some of the softest, most beautiful melodies to be found on any album in recent memory, while Guy Garvey’s calming tones are as dreamlike now as they have ever been during Elbow’s 20 years of existence.

Although none of the tracks are as immediate or anthemic as those found on the band’s Mercury Prize winning album The Seldom Seen Kid, the album still contains tracks that wouldn’t feel out of place in any of the arenas in which Elbow will be playing in next month. Lead single Magnificent (She Says) seems to be almost custom built to reverberate around some of the country’s biggest venues. Meanwhile, Gentle Storm, which has been given a Benedict Cumberbatch starring official video, is built around a catchy repetitive drum beat and contains some of Guy Garvey’s most heartfelt lyrics, as he pleads for the subject of the song to “fall in love with me, everyday”.

Indeed, the one place where the album seems to fall flat is where Elbow stray from their tried and tested formula. The 8 minute long sprawling title track meanders and doesn’t really seem to go anywhere, and hugely outstays its welcome.

In spite of this, it’s hard to see Little Fictions as anything other than a success. Elbow have taken what they do best and begun to perfect it, and created an album that certainly can be considered one of their best. And at this point in Elbow’s career, I’m not sure you can ask for much more.