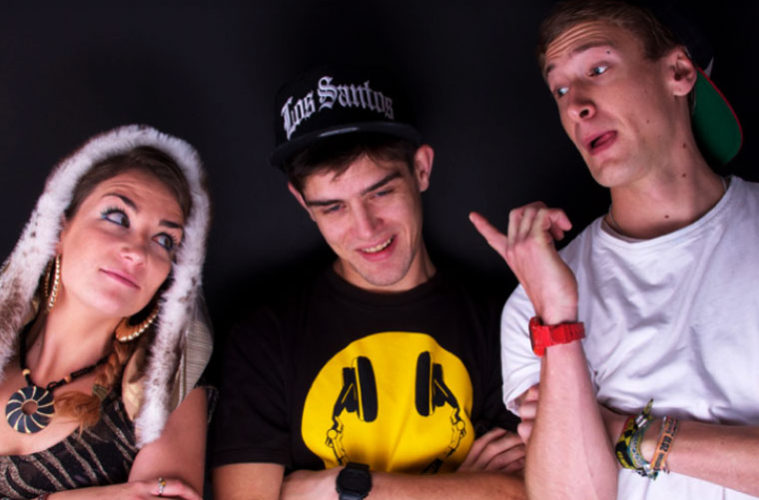 Full of character and bouncy basslines, we caught up with James, Kerry and Bobby who are pioneers of the ‘Gyp-Hop’ sound. With their iconic sound and quirky party vibes, Gypsy Unit have been one of the freshest acts on the scene ever since they first started gigging. Throughout the last 2 years, these guys have had a packed out tour calendar, sold out club gigs as well as playing on big stages at festivals such as Glastonbury, Boomtown and Shambala!

Bobby: I’ve just been moving out of my shared house, it was like an episode of hoarders…Does anyone want to buy a caravan?

James: I been flogging antiques on the telly, working for a day time TV show… Don’t have much idea about them, but slowly getting clued up…Chinese things going for loads at the moment apparently…they’re trying to buy their heritage back! Inside info right there.

Kerry: Dealing with the envelope apocalypse!! I work in an office mailshot room…It’s not that exciting but gives me plenty of times to write lyrics while I work.

Q 2: So guys, where did your band name come from? Very cool name, love it!

Gypsy Unit: It was kind of a piss-take out of G Unit, the idea was to cross party vibes with gypsy riffs over dutty basslines…As soon as we came up with the name we knew it was a keeper

Q 3: Can you tell us a little bit about yourselves individually and your backgrounds?

Bobby: I was born in North London, and then moved to the Shire in a converted bus. I grew up round the festival scene, as my dad is an artist and blacksmith, so got to see a lot of cool stuff. I moved to Bristol when I was 21, and have been here ever since.

Kerry: I was born in Cornwall and brought up by my mum, near a small seaside town called Aberystwyth in West Wales. We did a lot of festivals as a kid, like Big Green Gathering, which is where I first met Bobby. Then I grew up and went to university near London to do Music Technology and that’s when we started Gypsy Unit…The rest is history!!

James: My story aint quite as travelled as the others, I was born in Hillingdon outskirts of London, moved out, helped run various free parties around East Midlands, found the sm58, visited Bristol, decided it was the one, met and fell in love with Bobby and Kezza and yeah ba boom. 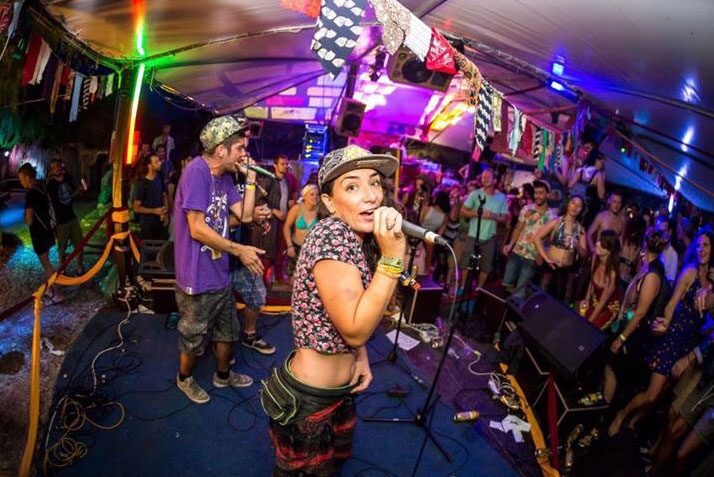 Q 4: Do you have a certain tune that really means something to you? If so, why? My favourite is ‘Bring Me Bassline’!

James: For me, its all about Just Wanna Be Myself, it’s a reflection of various moments of the past and a look to the future. Just be yourself enit!

Bobby: Neighbours From Hell…It was our 2nd tune as Gypsy Unit and it summed up what was going on at the time. To be fair it still does when I have somewhere to live its always hectic.

Kerry: That’s a difficult one but I’m going to say Sorry Mr Police Man because it’s so much fun to perform. Most people relate to it so it gets such a good reaction from the crowd and everyone sings along, it’s great!

Q 5: So how did you all meet and how did Gypsy Unit come together as a band? How long have you been producing music together?

Gypsy Unit: It started with Dodge (Dodge & Fuski) making Hip Hop in my spare room at Brynland Avenue, we started off a bit mopey then decided to try something more upbeat. Kerry was coming up and down from London and we started making tunes with her singing along with Dodge’s brother Benjie who also played all the instruments we sampled. We were just jamming really, then our Soundcloud started getting loads of views and we did a few gigs and it kicked off…Two years into it James got involved when Dodge and Benjie realised they weren’t going to be able to commit to constant gigging as they had other commitments. He was a DnB Mc in the scene at the time and brought a lot of new energy to the group. That’s us.

Q 6: Before you all became an artist together, did you always want to produce music?

Bobby: I’ve been making tunes since I was 15, I moved to Bristol intending to do sound engineering but flunked it and did this instead.

James: I’ve always had a keen interest in music. I’ve played a few instruments in my time, piano, trumpet, ukulele and the drums. Got into DnB at about 13, DJing in fields south side of the stack, that’s really when I found the microphone and one hazy rave sore a lonely SM58, plunged in and realised that was my instrument.

Kerry: Yeah, making music is something that I’ve loved doing since I was a kid. 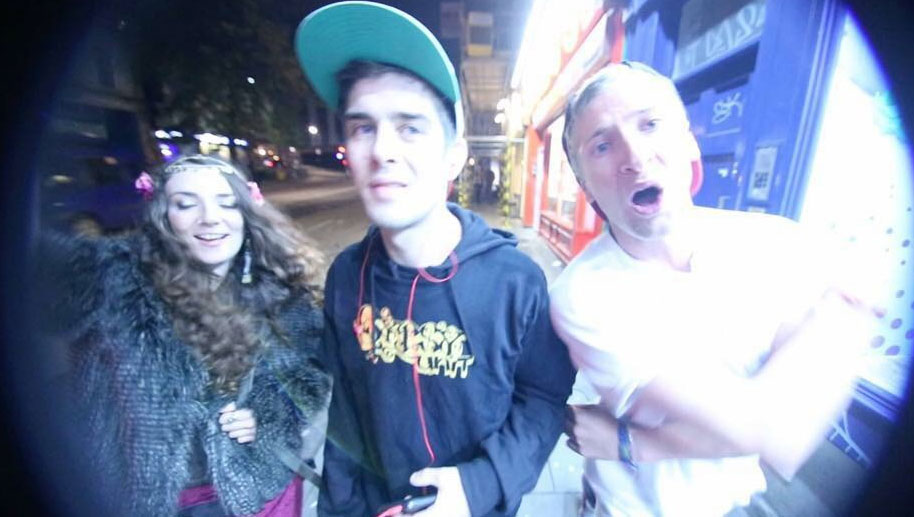 Q 7: What are you looking forward to the most this year? Cannot wait for all the festivals this summer! Which ones will you be going to? Boomtown and Shambala are definitely on the cards this year!

Gypsy Unit: Well, you’ll have to wait and see for that one! The diary is filling up but we can’t say too much until the line-ups are released. We’ll be hitting up a bit of Europe this year, which we’re really looking forward to, especially after we had such an awesome time at Goulash Disko in Croatia last year!

Q 8: How would each of you describe the music you produce? How does it make you feel? I love the bassline!

James: Ah, it’s a mashup of everything I love about music; it’s got its own unique type of raw energy. Obviously coming from a DnB background it was quite a change, but I fully welcomed it. When we on stage and you have peeps singing your lyrics back to you, its pretty rushy!

Bobby: It’s a party vibe. We aim to get the crowd as hyper as we are. There’s a little bit of everything there, instruments, bad boy bass, singing and rapping. Best served in the sun.

Kerry: Gyp-Hop is basically a little bit of everything we love. Happy, bouncy, bass driven music that makes you move and you can sing along to!

Q 9: Gyp-Hop, wicked! How did that come around?

Gypsy Unit: There were a lot of Balkan & Electro Swing tunes going round at the time and we were thinking if we mixed that with a bouncy bass-line and spat some positive lyrics over it we’d be on to a winner. Luckily, Dodge is a bit of a wizard with production, the Gandalf of Bass.

Q 10: How long roughly does it take to make a track? How do the lyrics flow?

Gypsy Unit: It varies, sometimes we’ll get a tune done in rough overnight, but its always best to take some time, We’d say from the first time we all meet up to the finished product is probably about a week.

Q 11: What has been your biggest achievement so far individually and all together?

Bobby: Getting in the Sun & Daily Mail because Kerry’s mum brought her baby brother to watch us it was ridiculous! Then before you knew it, Channel 4 featured us on ‘Don’t blame Facebook’, a doc looking at how media blows things out of perspective…

Kerry: I’d have to say playing at Glastonbury Festival is definitely one of the highlights for me, and hearing our music being played on Radio 1. Never imagined we’d be doing some of the things we’ve done when we started out in Dodge’s bedroom studio all those years ago!

James: Ahh, prob four years ago, it was my first summer with them, playing before Gentlemans Dub Club on main stage at Symmetry festival was pretty surreal. Also, getting a Facetimed from a mate out in Australia, they were spinning Sorry Mr Policeman on pirate radio. What a reach!

Gypsy Unit: As a collective, doing what we do has enabled us to meet some truly amazing people, see some awesome sights and end up with hilarious stories that no doubt we will remember for time. For all of us that’s our biggest achievement. 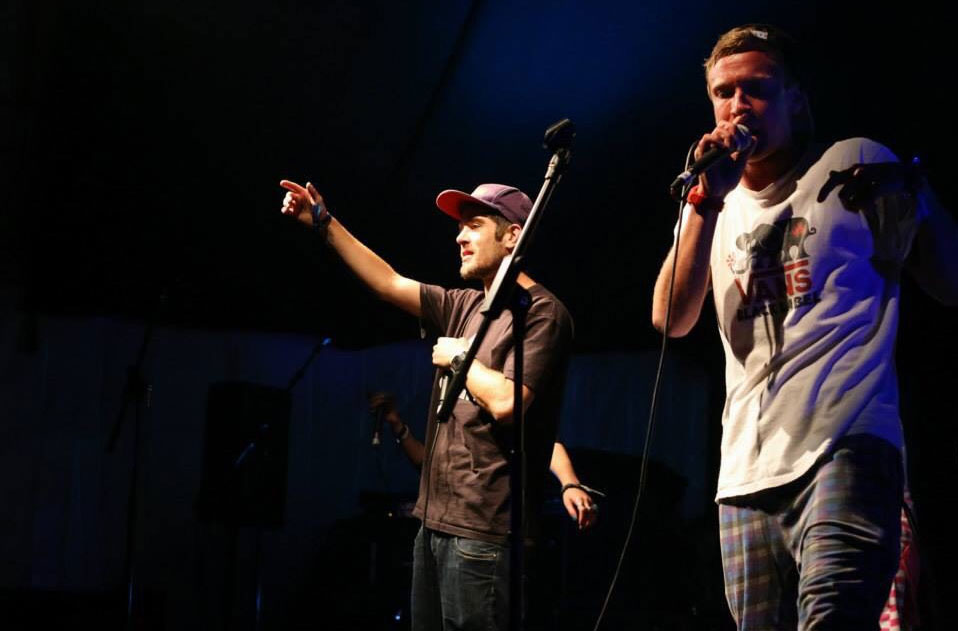 Q 12: How would you describe your first independent album?

Gypsy Unit: It’s a mash up of different styles and b.p.ms, always bass driven and bouncy. The lyrics are generally party orientated although we do have a few deeper tunes on it too.

Q 13: Do you have any other passions besides making music?

James: Filmmaking is a huge passion for me. I worked for as a freelancer film-maker for Hospital Records, Shogun Audio and UKF to name drop a few. Producing the Gypsy Unit music vids was loads of fun too.

Q 14: Who influenced you and the music you produce together? Did anyone in particular? Did you have any influences before you became a band?

Gypsy Unit: Our first tune, The Highlights was inspired by Dunkelbunt, and the Ed Solo and Skool of Thought album, Random Acts of Kindness. When it comes to lyric writing we all have our own influences, it seems to come together and it works well for the overall chemistry.

Check out their track ‘Bring Me Bassline’ … Definitely one of their best!