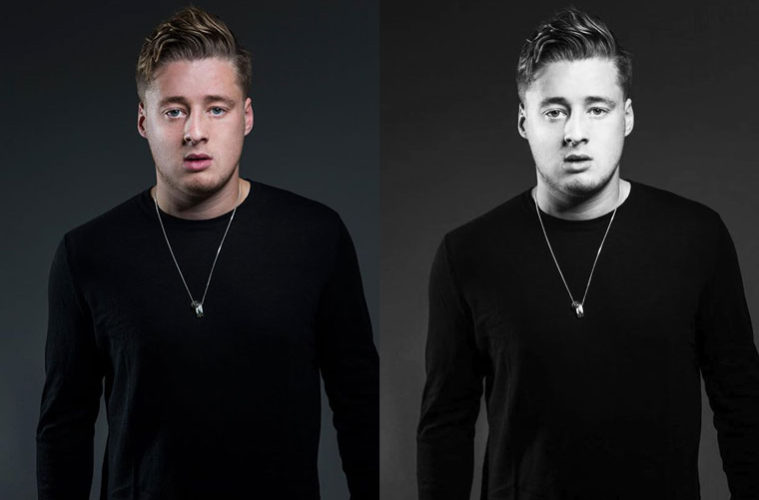 We had a chat with UK based dance artist Harrison. After an initial breakthrough track with David Guetta, titled ‘Ain’t A Party’, he’s a man who’s been storming the EDM and progressive house charts! He can not only play a great DJ set, but also produce his own tracks, write his own songs and perform the vocals live during his sets.

Q 1: Hey Harrison! What have you been up over the last year? Bet it’s been busy!

Very busy, been working hard on creating some new tracks that will be coming out this year, as well as touring around Asia and Europe a lot, and planning for how to move forward and grow in the future.

Q 2: So can you tell us a little bit about yourself and your background?

My real name is Harrison (surprise! Haha) and I’m 23 (24 next week) years old. I am from the UK and have grown up in England. I played a lot of rugby in my younger ages, but had a very serious injury to my ankle and now would only play as a hobby. I have been in the music industry since I was 18 when my first big hit came out with David Guetta ‘Ain’t a Party’. I sing, produce, I am a songwriter, and DJ.

Q 3: How did you get into dance music? Did your childhood have any influence?

I was always in the music industry, but It was more personal tracks that I created before I got my songs signed, which was very different then the dance music. But when I had my other songs I sent emails out and my samples out to as many different musicians and producers as I could and waited for a reply. I got one from Chuckie and that’s how it all started for my music in the dance industry.

Q 4: Are there any particular artists you look up to or have inspired the music you produce?

Eminem has always been a huge influence in my music lyrically, and Craig David

Hard to pick one haha, but my top 3 are Ministry of Sound in London, India, and South Africa.

Q 6: So how did it make you feel working with David Guetta releasing the track ‘Ain’t a Party’? Bet it felt wicked!

It was very cool and an exciting time as the track did so well and it got me established. But I never worked with him in the studio, I’ve never actually met him so this whole industry is quite sad because not all artists give you any time to collab. Everything is sent through middle men and it’s not really a track that I can say that we worked together on, which is kind of a shame because all other artists I have worked with have shown time and dedication to the tracks we collabed on.

Q 7: You’ve had support from Avicii, Dimitri Vegas & Like Mike and Radio 1’s Danny Howard, is there anyone you’d absolutely love to collaborate with?

Q 8: So what are your plans for this year? Roll on summer!

A few solo Harrison releases coming your way! Focus on my gigs and hitting up a few gigs in Europe and Asia this summer! So follow my Facebook to keep track with all the craziness going on!

Q 9: How would you describe your own style?

I would describe my style as energising. I love making tracks that can make a whole room smile/sing a long or want to move.

Thank you for having me!

One of his tracks : Harrison X Juicy M – LA Girls