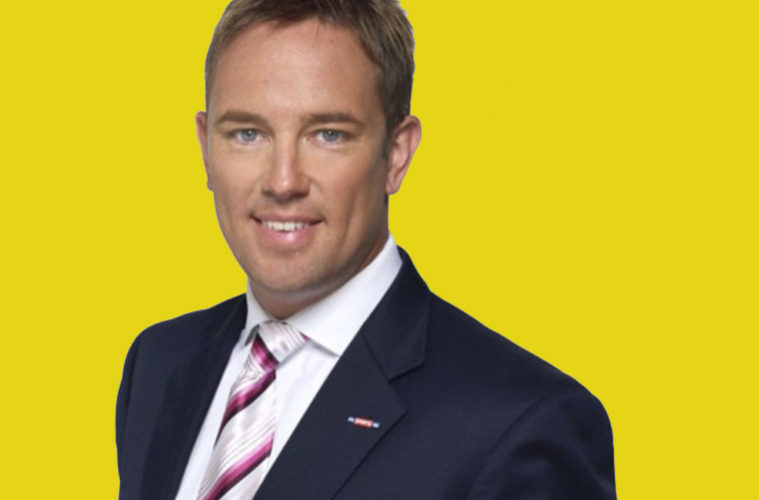 The Student Pocket Guide spoke to Simon Thomas about this time at university and career in broadcasting so far – *Using hockey equipment to play cricket is not recommended!*

Hi Simon, thanks for taking the time to talk with The Student Pocket Guide, how’s things?

Absolute pleasure. Everything is good, very much enjoying my first season working on the Premier League.

When and what inspired you to get into broadcasting?

I got my first proper break in broadcasting in 1998 (a long time ago) when I landed the job on Blue Peter. I used to watch the show as a kid and always thought I’d love to do it but never really believed that one day I would. At University I got involved in the student TV channel and started presenting a show on a Friday called The Lunchbox. It was very basic, no one watched, but we had a proper studio and gallery so it was a great way to develop some basic broadcasting skills. At the time a number of my friends said I should try and get into TV after university, so I set my sights and started chasing my dream job on Blue Peter.

To cut a three-and-a-half year story short I wrote hundreds of letters to various TV stations and production companies, spent time as a runner at CBBC in London and tried two times (unsuccessfully) to get the BP gig and on my third, and final attempt, I finally got it.

So we noticed you went to the University of Birmingham – What did you study?

I studied history. Always enjoyed it at school and it was one of the few subjects I was pretty good at. I wanted to do media studies but back in 1992 there weren’t many universities offering the course, and those that did were massively over subscribed.

Your funniest story from University? If you dare!

My housemate was a keen hockey player and we used to often play cricket in the garden with his hockey stick and ball. Obviously a cricket bat would have been better but if you can middle a bit of medium pace with a hockey stick you can definitely middle it with a cricket bat. One summer afternoon my housemate offered up some pretty tame deliveries and I connected with one right off the meat of his hockey stick. The ball disappeared over the back of the garden, over the street behind that and into the street behind that. I have never hit any ball as well as that before or since. Once we worked out roughly where it’s trajectory had taken it we headed out to try and find Andy’s hockey ball. We never found it, but we did find an irate man a couple of streets away whose lounge window lay in pieces. Needless to say we didn’t bother asking for the ball back!

Out of all the shows you’ve presented in your career, what has been the best?

I’ve got a seven-year-old boy called Ethan and recently for the first time I showed him the two highlights shows Blue Peter made when I left in 2005. It was basically an hour of all the best things I had done during my six years on the show. He couldn’t believe what I had done, the countries I had travelled to and the adventures I’d been sent on. I obviously love doing sport now and have done some memorable things at Sky but for the sheer variety of experiences it gave you, Blue Peter has to be the best.

What does 2017 look like for Simon Thomas? Do you have a particular goal you’d like to achieve this year?

Being totally honest my main goal is still being in a job come the 2017-18 season! I realize that sounds a little strange but I’m in the final year of my current three-year contract with Sky and in TV you can never take anything for granted. So my aim is to make sure I keep doing my job as best as I possibly can and then hopefully look forward to enjoying many more years doing the job I love.

What would your three words of advice be to a university student looking to break into your industry?

Start right now. Compared to when I started out trying to get a break in TV there are so many opportunities offered by the Internet to get yourself noticed. Don’t wait until you’ve graduated – get going now.