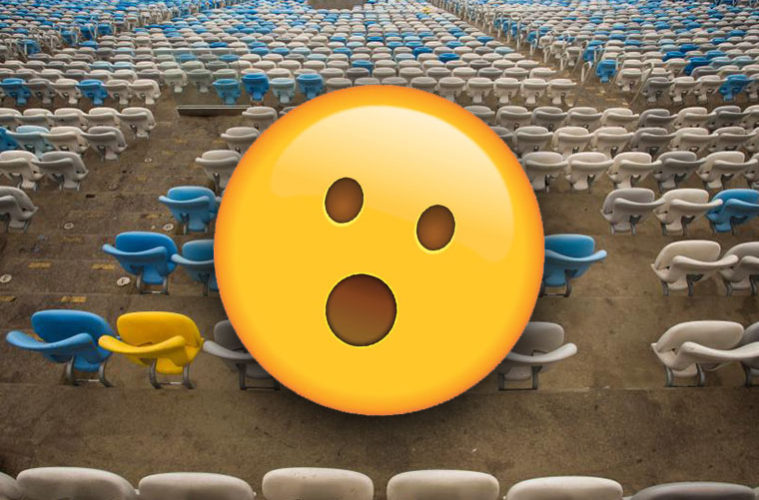 This week, several photos of the Olympic Park went viral…

The pictures showed the extraordinary deterioration of the venues that, only a mere 6 months ago, held the 2016 Olympics.

The state of these stadiums has raised questions about a ‘legacy’ that organisers promised ahead of the Games as many have been looted and abandoned. Even the famous Maracanã Stadium, that also played a huge part in the 2014 world cup, is now barren, dry and filled with ruts and holes. 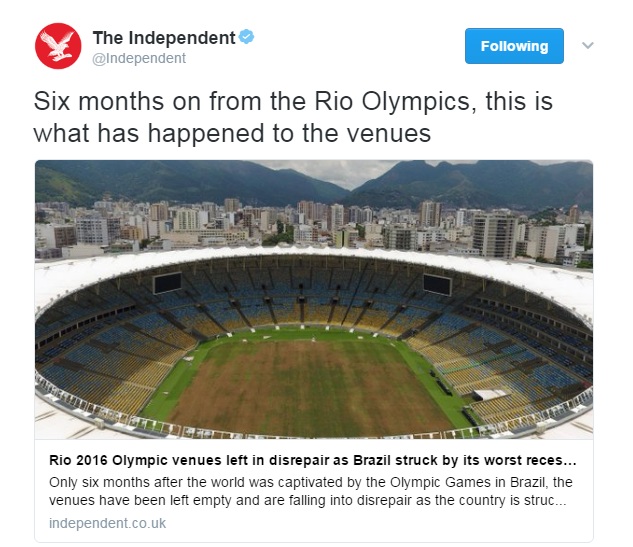 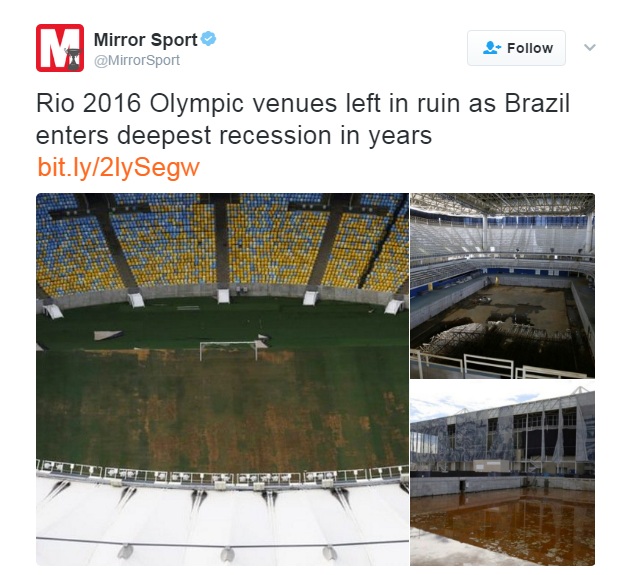 There is a fine line between what an Olympic Games can do for a country; Brazil’s story shows the awful side of what can happen, as millions of pounds of debt was racked up and left unpaid. To make matters worse, reports from The Independent say that Brazil has slumped into ‘its worst recession in decades’.

This is a stark comparison to the two Olympic Games that preceded it, London and Beijing. The Queen Elizabeth Olympic Park, forged from a run-down area of East London, is now buzzing with life prior to the 2012 Olympics. Over 3,500 new apartments were built as part of the ‘London Legacy Development’ and there are plans in place to build new facilities such as a new University College London campus.

A similar legacy project was also put in place by Chinese government for the Beijing Olympic venues.

There doesn’t seem to be any short term plans in place to fix what has happened in Rio since the 2016 Olympics, and a large number of the venues will remain abandoned for the foreseeable future.