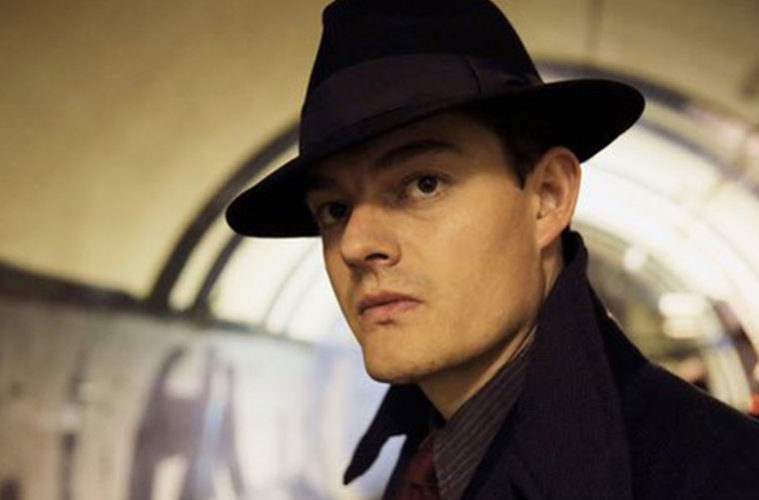 Mystery was the watchword in the first episode of SS-GB, the Len Deighton spy novel which has been adapted as a five-part series for the BBC. It helped that I had read the book, because otherwise I would likely have been left confused by the dizzying introduction we were given to its alternative world.

In 1940, Great Britain lost the Battle of Britain, and with it The Second World War. In 1941, at the start of the story, Britain is under German occupation and the Nazis run and regulate all aspects of life. This extends to Scotland Yard, where main protagonists Douglas Archer (Sam Riley) and his mentor Harry Woods (James Cosmo) grudgingly work under those who subjugated their country. This is all revealed within the first five minutes of an episode which goes at one heck of a lick.

As if things weren’t complicated enough, however, a murder in an antique shop sends proceedings to another level. A high-ranking SS officer, Standartenfuhrer Dr Oskar Huth (Lars Eidinger) is sent from Berlin to supervise the case and report back on every detail, leading everyone to assume that all is not as it seems. This being the world of espionage, they’d be right.

Maeve Dermody, alternately unsettling and sincere in the BBC’s And Then There Were None, plays Archer’s secretary Sylvia, while Kate Bosworth rounds out the main cast as American journalist Barbara Barga. All of the principal characters appear to be keeping secrets, and an air of intrigue was present throughout the whole episode.

However, the atmosphere of a country under occupation, with every citizen forced to submit to circumstances they didn’t ask for, was also very well created. London was seen through a somewhat misty, grimy filter, making everything (and everyone) seem ill-at-ease. Swastikas hung over the frontages of public buildings, German troops marched through the streets, and everything seemed rather grim. A spine-tingling score, often heard in the background, only added to this. It was a good thing, then, that there was the odd moment of wit, courtesy (perhaps unexpectedly) of Eidinger’s merciless Standartenfuhrer Huth.

Despite this, SS-GB’s first episode wasn’t without its problems. Having read the book, there seemed to be some pivotal aspects of the plot which had been missed out (though this could yet be rectified). Sam Riley did well as Archer, but in an effort to sound older and more grizzled, his voice often sounded like a cousin of Christian Bale’s Batman. This lack of clarity, in a drama which will only become more complex as it goes on, may not help matters. Indeed, for a series which revolves around mysterious goings-on, it was perhaps initially too wrapped up in being mysterious to reveal what was actually happening.

Still, I will give this opening episode the benefit of the doubt. It set the intrigue up nicely for future weeks, playfully raising more questions than it answered. The enigma of Archer himself is also still to be uncovered. Who knows where the next episode will go?

SS-GB continues on Sunday night at 9pm on BBC One.