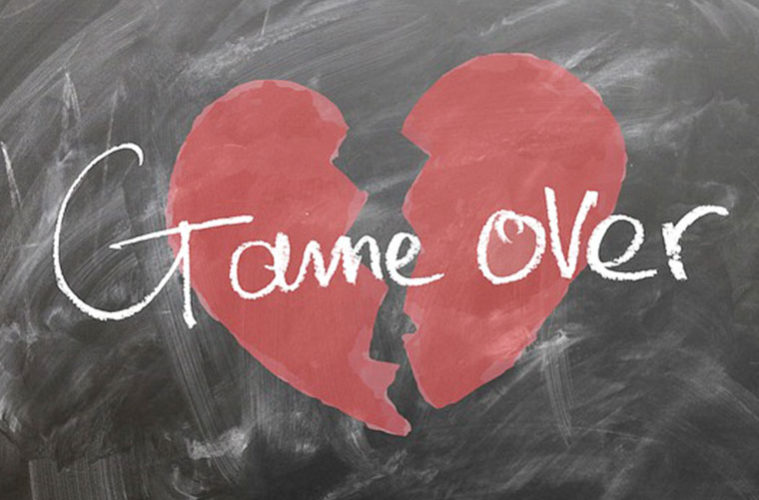 The Worst Ways to Get Dumped

Most of us have been or will be dumped in our lifetime, its just a simple part of life – although not a very nice part. Especially for the poor dumpees below…

1.) “My boyfriend and I were on the rocks, but months before, his parents had bought us tickets to fly overseas for a friend’s wedding the next day. He didn’t think I should go but the ticket was nonrefundable. He drove us to the airport the next day and didn’t mention he’d had my ticket canceled…until the check-in clerk told me. The guy said, ‘Well, I’ll miss my flight if I don’t go now, and I’d offer you my car, but I know you can’t drive, so…maybe you can call a cab? Bye!’ So there I was, stranded almost 100 miles from home. He never called to see if I made it home. You can be sure I’ve learned to drive since then.”

2.) “When my high school boyfriend and I went to college, he decided to attend a different school. As our first term progressed, my November birthday came. I had not heard from him in a few days, so I called, thinking he would want to wish me happy birthday. Instead, my best friend from high school answered (they went to the same college) and said,  ‘I guess you should know we’ve been hooking up for months. Oh and Happy Birthday.‘”

3.) “My friend went on a date with her then boyfriend one Friday night. Stayed over, they had sex, then she went home. The next morning, a letter arrived by 2nd class post. Anyway, the letter is from the boyfriend, telling her he wants to break up. There was no indication of anything being wrong during their whole time together on the Friday. Because of the stamp, we estimated he probably posted it on Wednesday or Thursday. I’d just lent him a Playstation game and he tried to keep it after the break up.”

4.) “I was 21, came home from work and everything was gone. She left a milk crate, the tiny TV, the rubbish bin, and the mattress. I didn’t actually know that she left me, so I called the police and told them that someone stole everything, including my girlfriend. I was pretty hysterical, but the 999 operator was able to calm me down and inform me that my girlfriend most likely left me.”

5.) “My girlfriend of a year broke up with me by sending a video of herself singing a break up SONG that she wrote. It included a background dancer of one of my best mates. I was at a party at the time she sent it and I foolishly played it aloud so all my good pals could hear it, and hear my heart break. Definitely the worst.“

7.) “I was sleeping in the guest bedroom at her parent’s house, she snuck up from her room in the basement and woke me up at 3 am to tell me she didn’t want to see me anymore and I should just leave in the morning…”