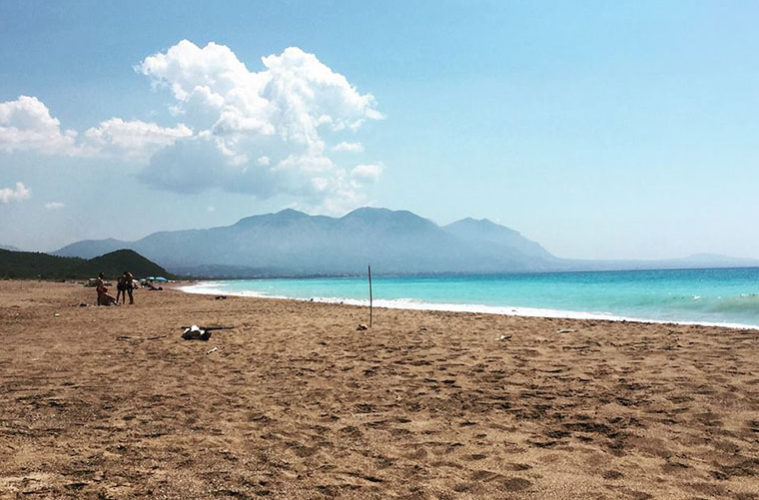 Top Places to Visit in Europe

Europe is home to 44 countries altogether, some that are nice and hot, some freezing cold and some that alternate in climate. Having been lucky enough to have travelled to a decent amount of different countries in Europe, i’m sharing with you the countries I think are the best to visit and why.

Croatia is BEAUTIFUL. It’s by far my favourite country in Europe. The Mediterranean climate, crystal clear Adriatic Sea and friendly locals make this a perfect destination.

The coastline is rocky all the way down, so if you’re into golden sand than maybe it’s not for you, but this doesn’t mean that there’s not beaches and it is not a downer at all, the coastline is an area of outstanding natural beauty. The sea is warm and calm, perfect for swimming. Be warned though, in non-tourist areas a lot of the locals aren’t scared to go nude! It’s also a fairly cheap country, but they are not in the euro, they use their own currency, Kuna. 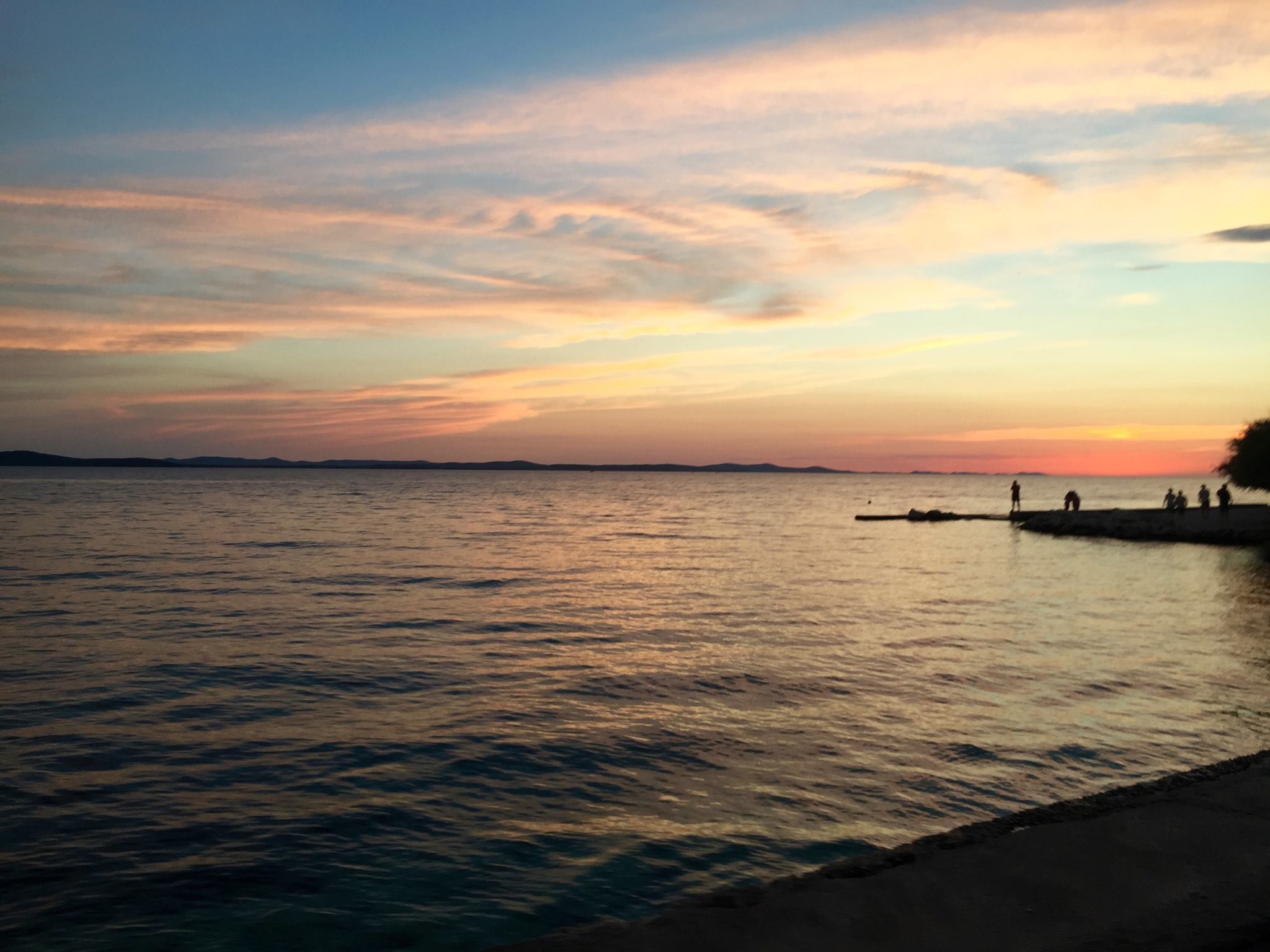 During the summer, Croatia is home to many music festivals, bringing all sorts of music artists and their followers into the country. The world-famous Outlook Festival is one of the best festivals I’ve ever been to and definitely worth a visit! 15,000 ravers head to this underground, electronic music festival every year to dance for 4 days in an old abandoned fort. If the festival location itself isn’t enough, it’s also held right next to the beautiful city of PULA, which holds a 2000-year-old roman amphitheatre, which is also where the festival opening concert is also held, and is very worthy of a visit.

Up in the mountains away from the coast and on the islands, Croatia has 8 National Parks. I managed to visit a couple whilst there and my favourite was Plitvice lakes. Plitvice Lakes is a series of 18 lakes, connected by waterfalls that run down the mountains. The different minerals in the lakes make them look brightly coloured and coming off the mountains they are also crystal clear and full of wildlife. I’d never been anywhere like this place before.

A very mountainous country, Montenegro is also a country of outstanding natural beauty. Only two countries down from the Croatia, its quite similar but different. The mountains are much steeper and run along the coastline, so all the coastline is in huge valleys. This makes the sea slightly cooler but still very calm and clear for swimming and it’s not so rocky to get in. The scenery is so drastic and stunning, it’s hard to imagine it without visiting yourself. 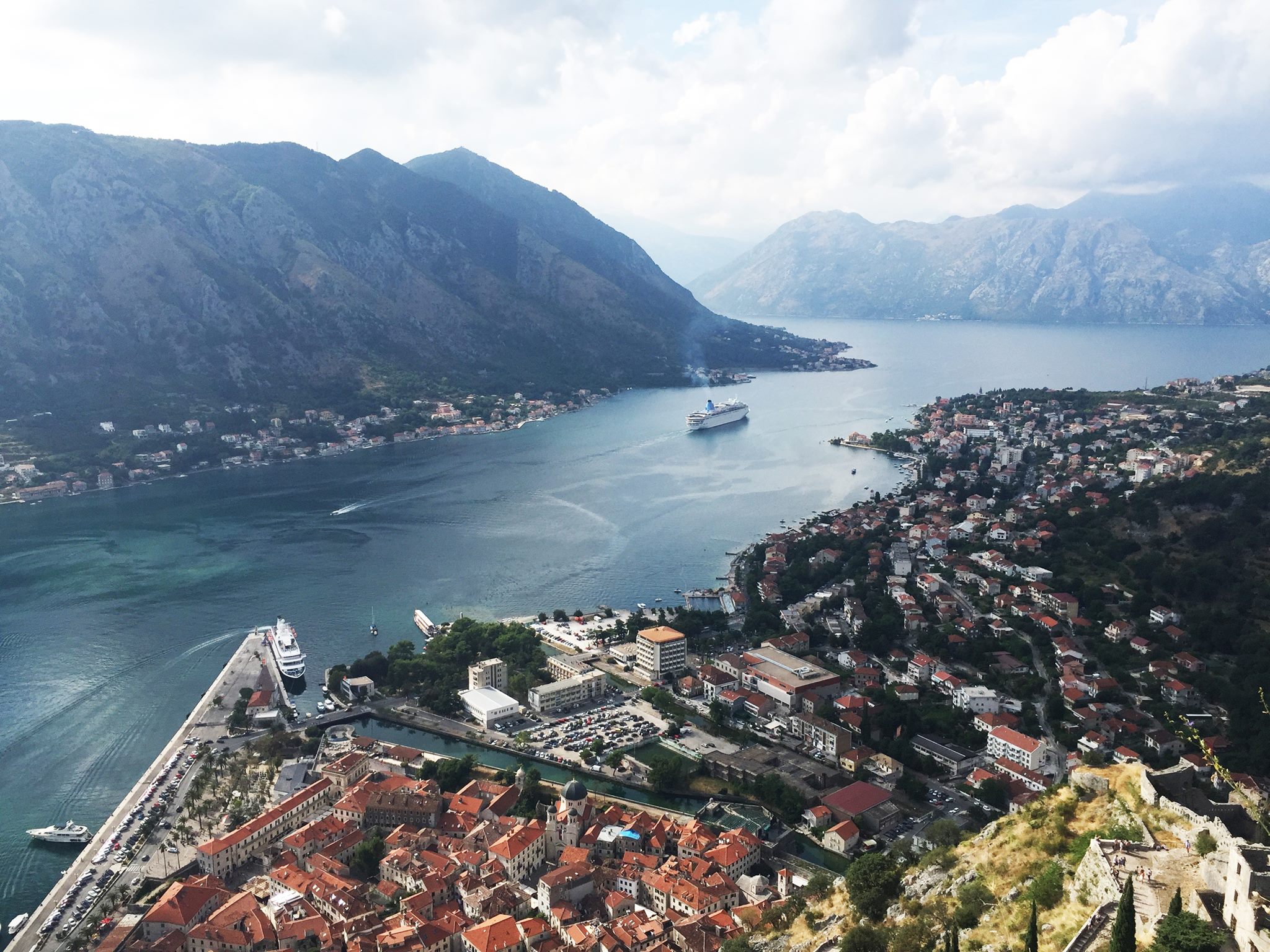 Kotor is the main tourist hot spot in Montenegro. The nicest part of Kotor is the Old Town. Old town Kotor is built from cobbled streets and old buildings and is dotted with restaurants, bars and and little shops selling jewellery, clothing, artwork and local products. A really cultural place, it’s a great place to get a feel of Montenegrin life. Then if your feeling like a challenge, you can climb the great city walls, 1200m’s up to the fortress at the top. From here there are breathtaking views out over the bay, but in that 36 degree heat, its a workout getting to the top!

Mainland Greece isn’t a popular holiday destination, because most people head straight to the one of the 60+ incredibly beautiful islands surrounding it and who can blame them. Personally, I have never been to any of the islands but I have travelled the mainland. The east coastline of Greece is home to many beautiful golden sandy beaches, with beach bars and cafes it is just as stunning as the islands. You’ll have plenty of opportunities to visit a beach side cafe and tuck into a very strong Greek coffee or a Greek salad whilst looking out over the beautiful views of the sea.

Towards the south of Greece is one of the last coastal forests in Europe, a great place to visit where you can camp pretty much on the beach and which also happens to be where lots of sea turtles lay their eggs. Oh and not to mention 37 degrees in August! 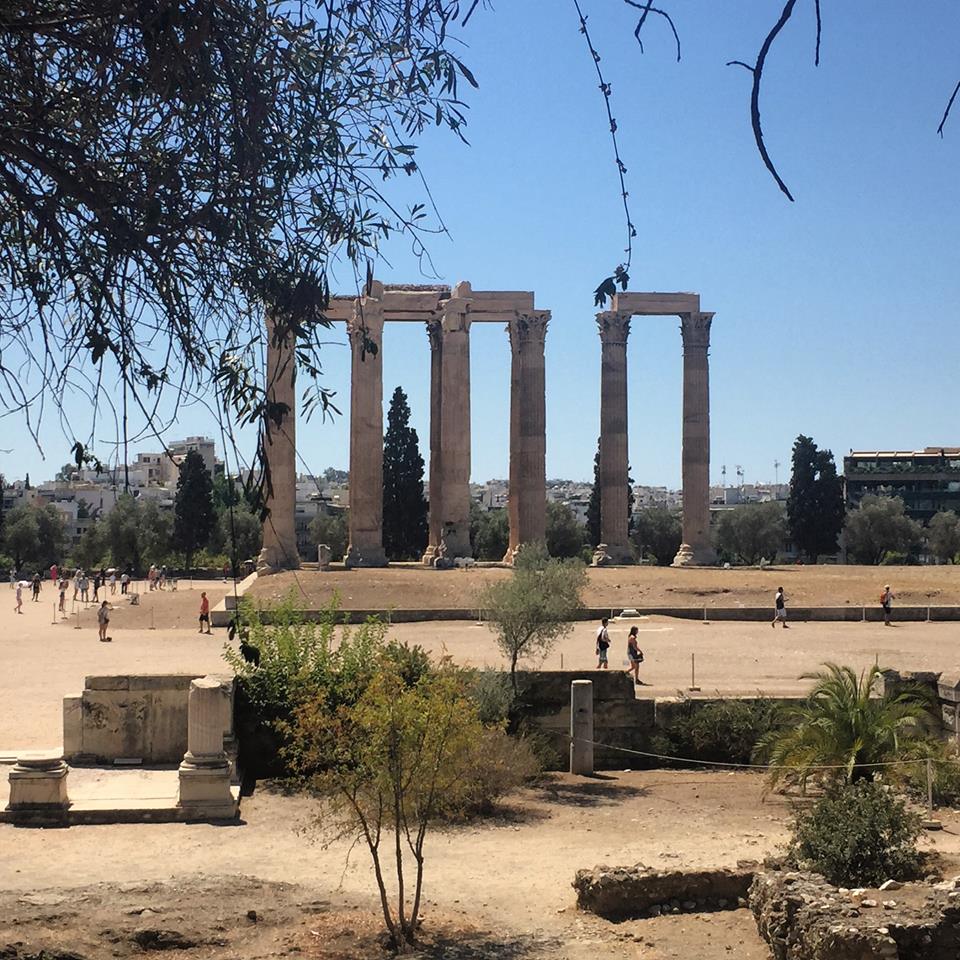 It’s capital city, Athens is a beautiful city. There’s something I’ve always admired about cities that are on the coast. Heading into Athens from the mountains, the city starts of on a very steep slant, and then soon flattens out. The buildings are mostly white and often decorated with pillars making this a very attractive city. There are areas with locals selling there produce from stalls, lots of handmade jewellery, clothing, keepsakes and food/drinks. Athens is also dotted with ancient Greek temples and ruins built by the ancient Greeks which you can visit. Even the sheer size of them is amazing to see, with pillars towering above the more recent buildings. It’s a must to visit if your in Greece.

With lots of alternative people and a welcoming attitude, Switzerland is one of my favourites. It’s pretty expensive, but it’s also an incredibly clean and healthy country.

Being home to a large section of the Alps, the highest mountain range in Europe that run from France through to Italy, a fair amount of Switzerland is mountains, which makes it a perfect destination for skiing and snowboarding. Many of the quirky Swiss mountain villages are home to ski resorts in Switzerland, home to many winter sports shops and friendly bars. In-between and off the mountains run glacier rivers that then flow into huge breathtaking lakes, the views are amazing! Also, whilst your there, be sure to go and visit the infamous Matterhorn, the highest point in Switzerland, a large rock that hangs out over the landscape and is something you’ll never see anywhere else. 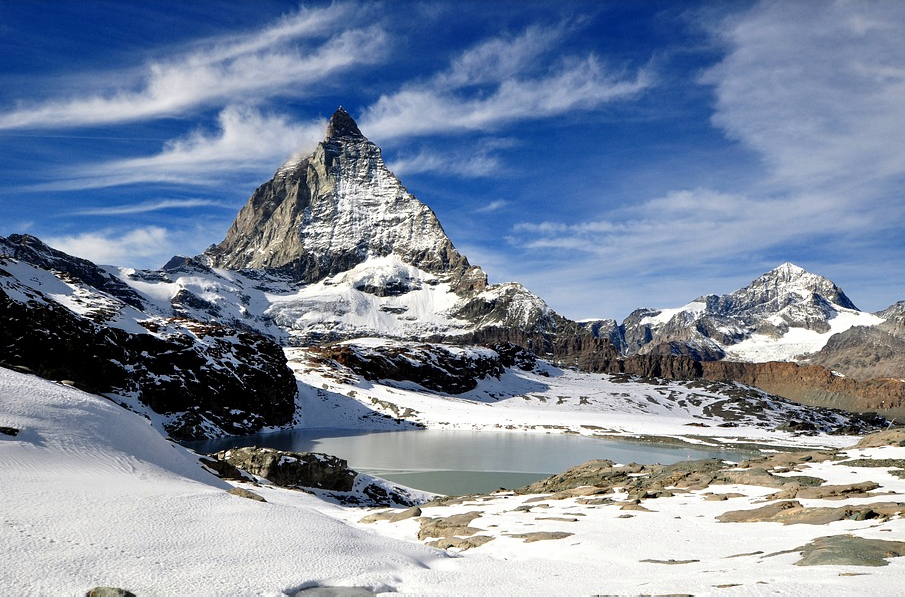 One of the places I haven’t been to yet but have always wanted to visit is Norway. Its mountainous rocky landscape with steep valleys and fjords makes the views magnificent.

Norway can be very cold with sub-arctic temperatures up North where it meets the Arctic Circle. But there’s one reason in-particular I want to visit and it’s to see the famous Aurora Belarus, or the Northern Lights. With many other tourist attractions as well such as snow sports, The Polar Museum and Viking villages, many people visit Norway every year to try and get a glimpse of this natural phenomenon. 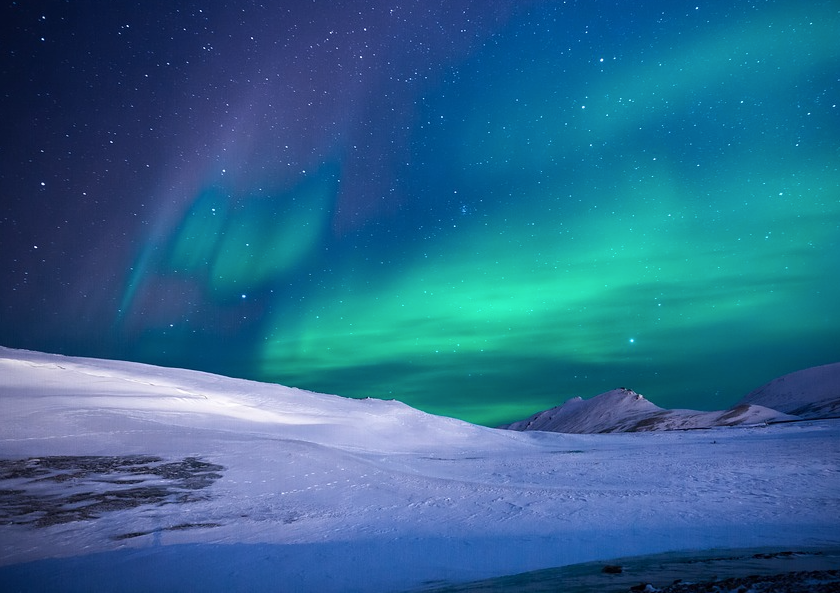