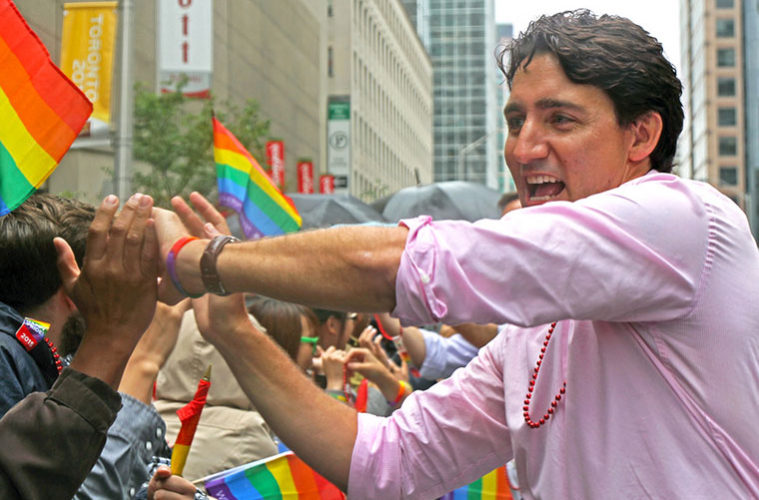 Why The World Fell in Love with The Canadian Prime Minister

Canada’s prime minister, Justin Trudeau, has touched our hearts time and time again with his selfless acts of love and commitment to his country. I wouldn’t be surprised if he was crafted by God and sent down here on a fluffy white cloud to bring some good into this world. Not only has he made half the population want to pack and move to Canada, he has inspired many to open their minds and embrace diversity and bring us all together as one. Here’s why the world fell in love with Justin Trudeau…

Trudeau has maintained a compassionate stance on the matter of Syrian refugees and has stated the country has accepted 25,000 Syrian refugees in February 2016. Not only that, Trudeau went to airports to personally greet the refugees with open arms and winter coats!

The Quebec Terror Attack
A few days ago saw a terror attack on a mosque in Quebec that claimed the lives of six innocent people. Fox News tweeted misleadingly that the suspect was of Moroccan origin – until Justin Trudeau stepped in! Fox News’ misleading tweet was forced to be deleted and Trudeau, during a speech on the attack, was one of the first to class the white supremacist shooter as a terrorist within hours of the attack.

The Gender Balanced Cabinet
When questioned by a reporter why having a gender balanced cabinet was so important to him, he made his point clear and to the point with three simple words….

Party Trick
Justin Trudeau is passionate about the younger generation – so much that he has the power to balance babies on the palm of his hand.

Justin Trudeau says the budget is just as easy to balance as this baby in his one had? #topoli #cdnpoli #topoli pic.twitter.com/tkIVEGW3Nd

Standing up to Climate Change
Speaking at the UN Climate summit in Paris last year, Trudeau told us: “Canada is back, my friends. Canada is back, and here to help.”

Feminism
Justin has said time and time again that he is a proud feminist. Once saying, “If you’re a progressive, you really should be a feminist because it’s about equality. It’s about respected. It’s about making the best of the world we have.” Trudeau isn’t just about equality between the genders, he believes in equality for all, regardless of sex, race, religion, and culture.

LGBT Ally
Trudeau is a proud LGBT supported and is the first world leader to march in a Gay Pride event. He is continuously backing LGBT equality and was once even dubbed “The Prime Minister of Homosexuals”. He has also apologised for historic persecutions of gay Canadians everywhere.

To summarise, Justin Trudeau is a fun, playful, kind-hearted man who’s best interests lie with his people and those in need of help and support. And he is far too good for this world.